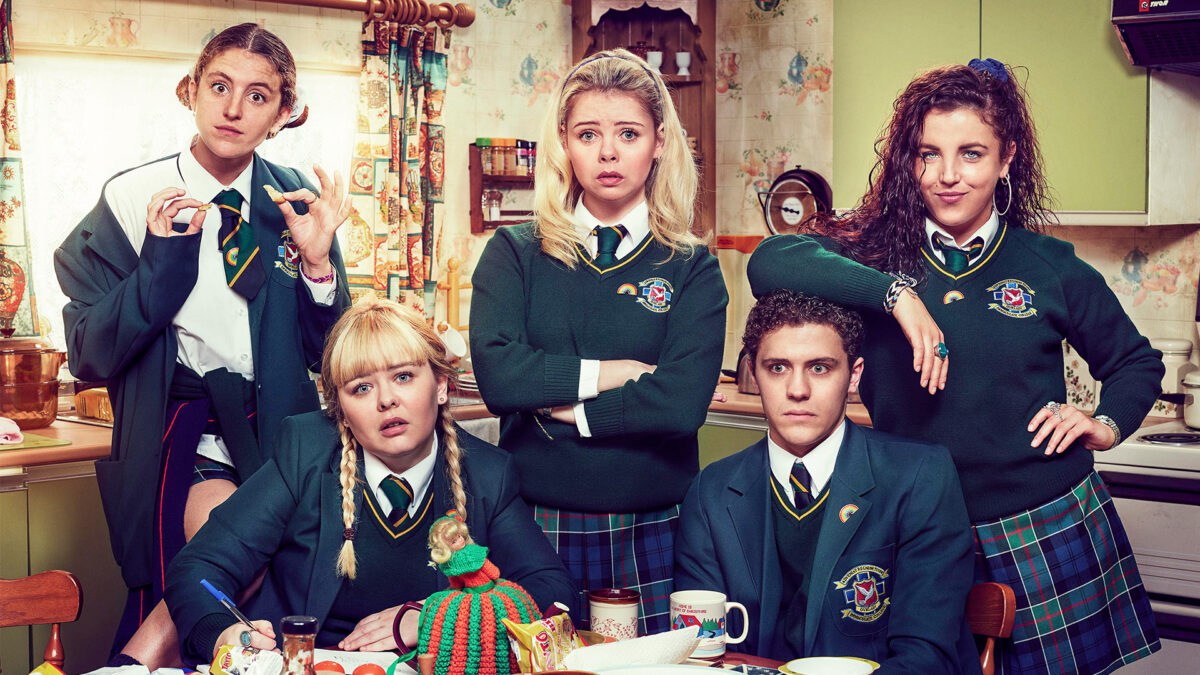 Derry Girls final series on the way this April

The much anticipated third and final series of hit comedy Derry girls will air in less than a fortnight, Channel 4 has announced.

Clare, Erin, Orla, Michelle and the wee English fella (James) return to our screens on Channel 4 on Tuesday, April 12.

The sad news is that there are just six episodes left for us to enjoy, as the story comes to a close. Writer Lisa McGee said: “it was always the plan to say goodbye after three series.”

The premiere of the first episode will take place at the Omniplex Cinema on the Strand Road Derry next Thursday, with many of the cast and creators set to attend. The screening will be followed by a Q&A session and an after-party in the Guildhall.