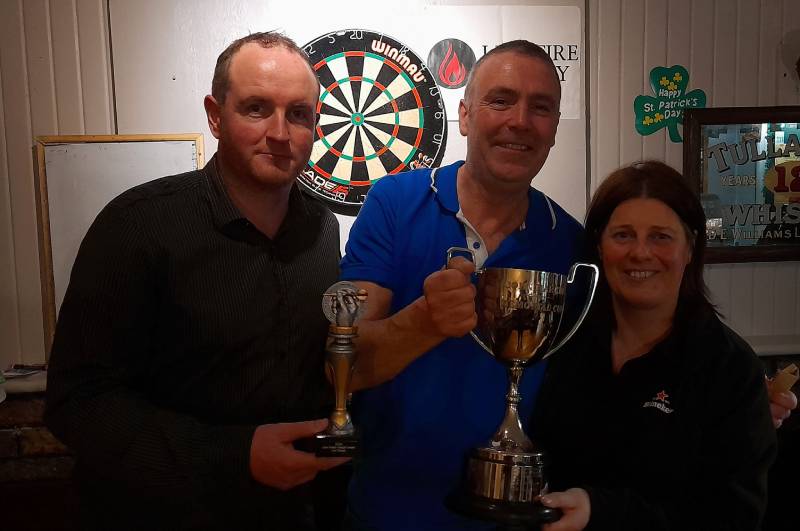 Conor O’Donoghue won the shield final coming from 3-1 down to defeat David Gallagher 4-3, it was finally an end to a tournament that started in 2019 with 16 players taking part but was hit with restrictions weeks before the finals meaning the tournament resumed last month, this meant some players were not able to commit to the resumption due to changes in circumstances. 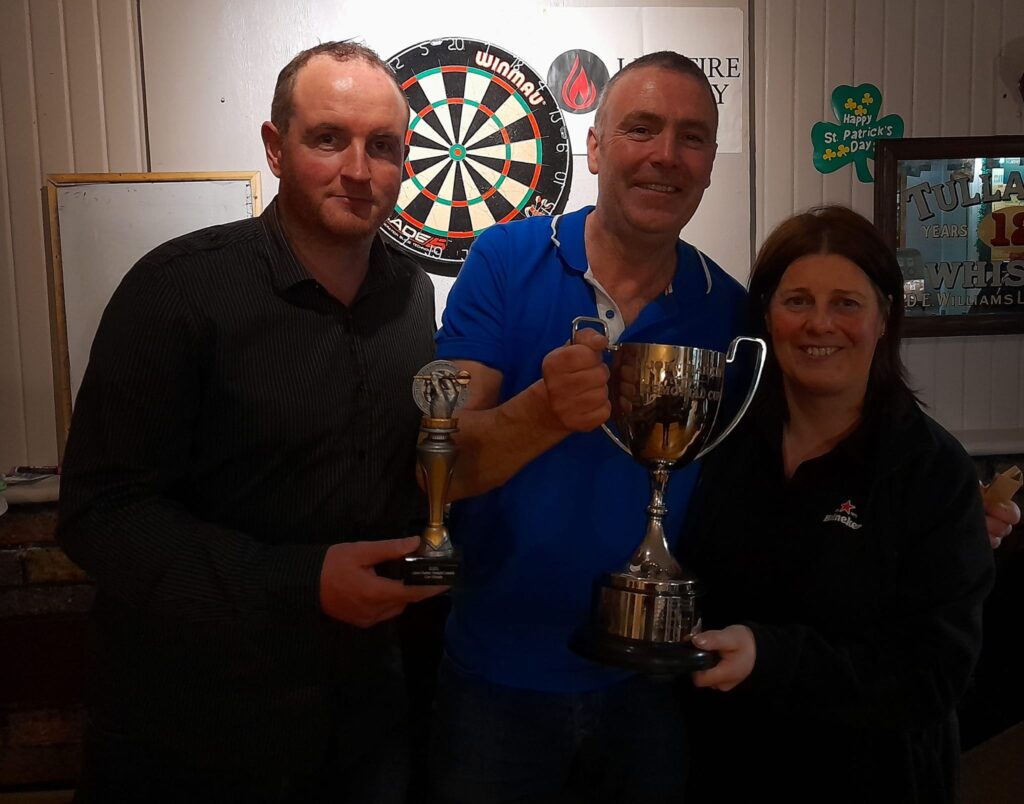 On the finals night itself held on Wednesday 16th March in Evelyn’s, the above, coupled with some players working and others unable to attend both tournaments were ran in a round robin format. 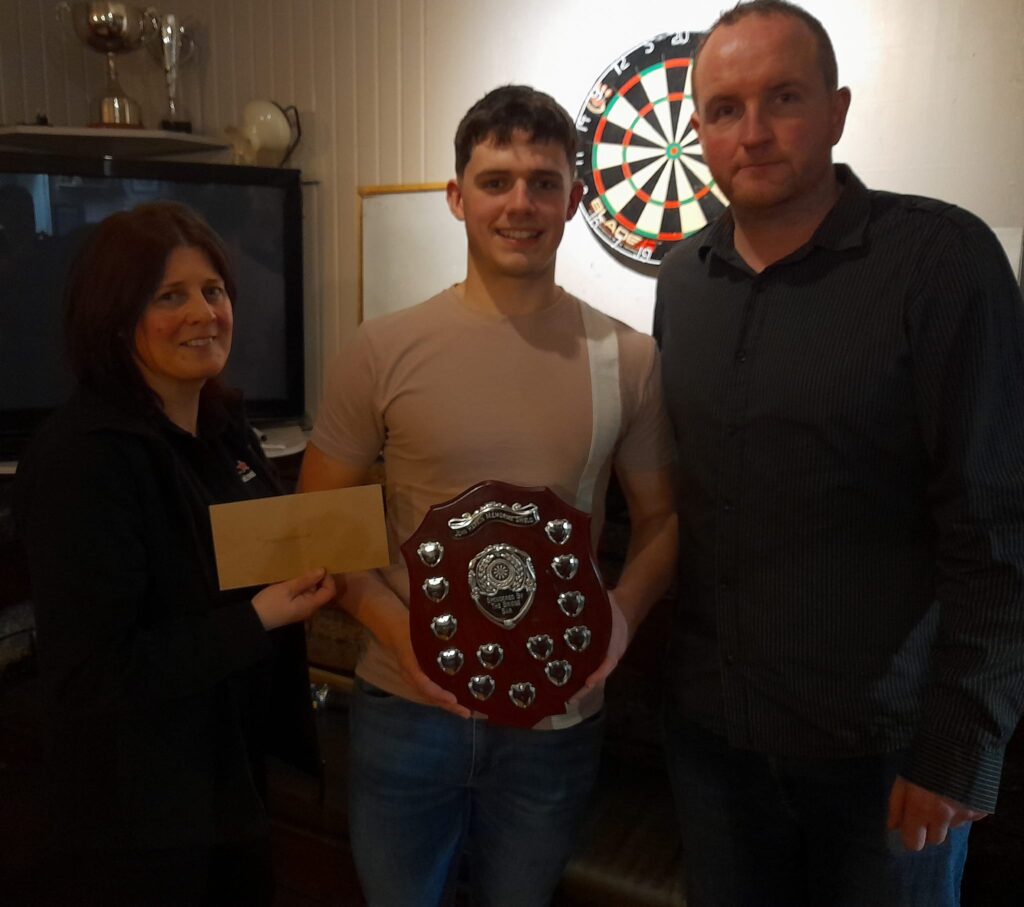 In the cup tournament, Andrew was a deserving winner as he topped the league ahead of Kenneth Kennedy, also having 22 180s and three 12 dart finishes over the course of the league campaign (Kenneth Kennedy also had a 12 dart leg). The only trophy he didn’t win was the highest checkout which was a 170 check out by James Byrne away back in the opening night of fixtures. 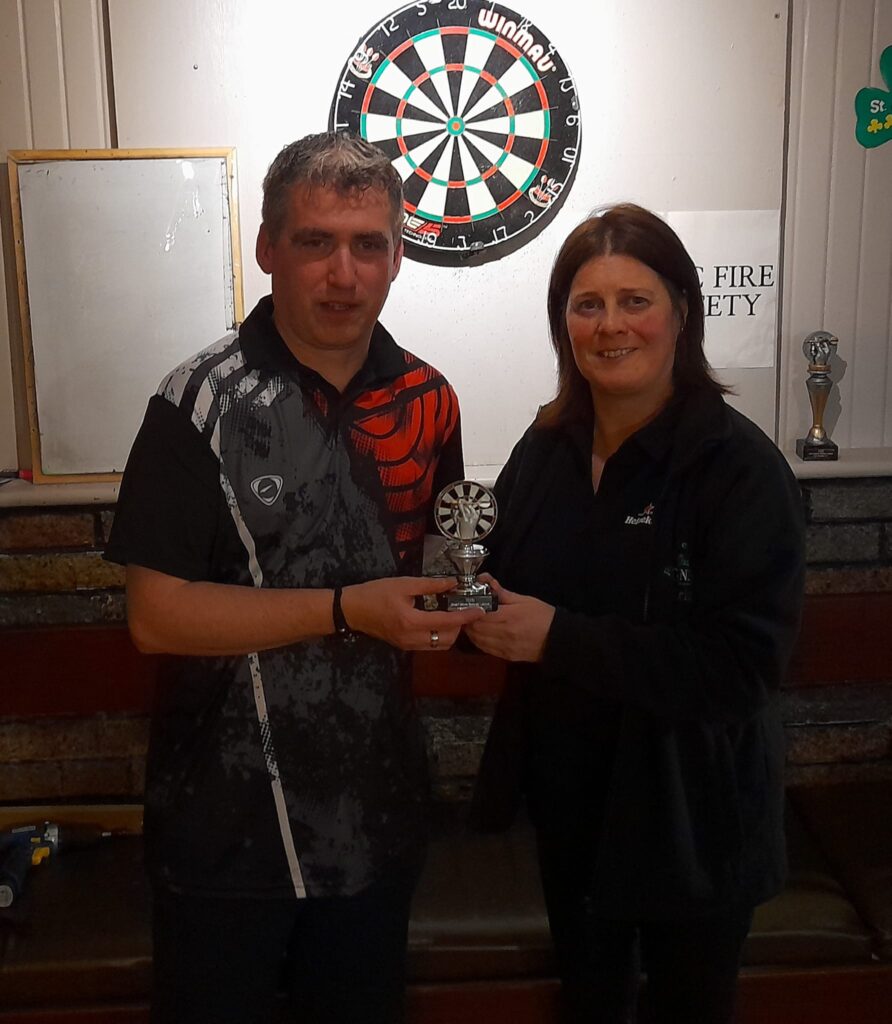 Thanks to all players who entered, it was disappointing that it could not finish with all players available but no night was going to suite and it needed to be played off, thanks to Evelyn’s, Kilcar House and O’Donnell’s for hosting the matches, to the Harkin family for the trophies and to LMC Fire Safety for sponsoring the finals night. Thanks to all who marked the games, we will be back in September/October with the same league format also players who played in this league have first option of entering. 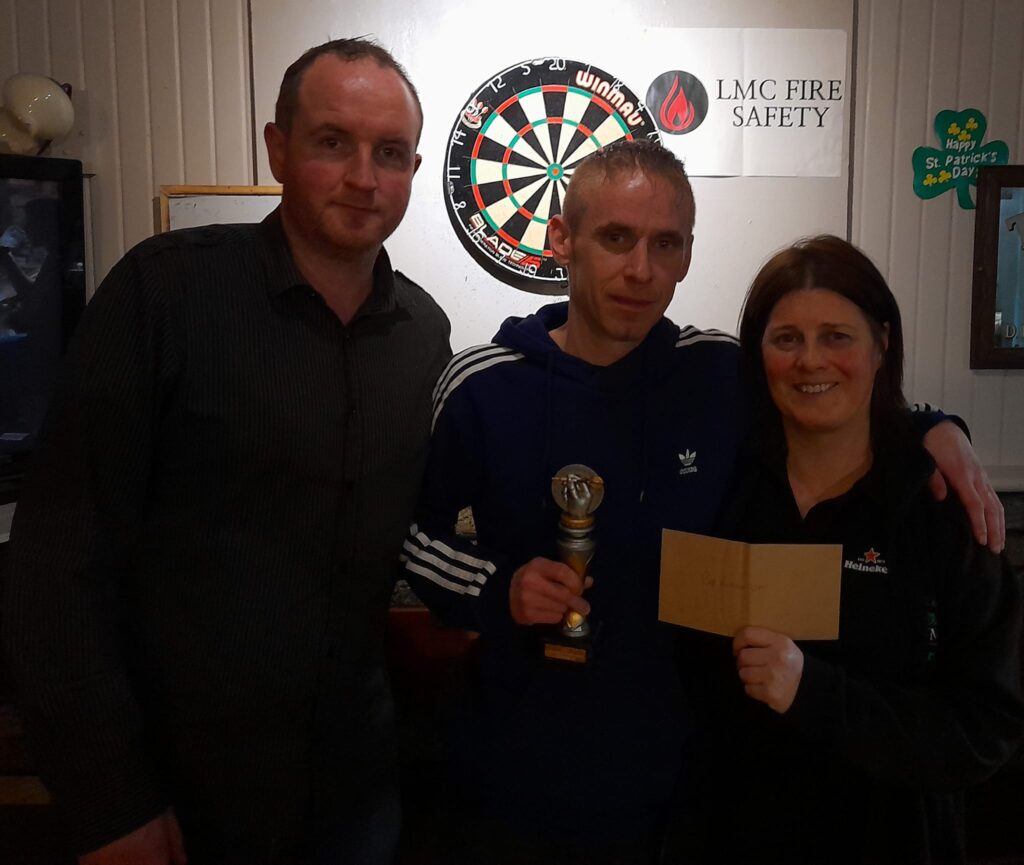 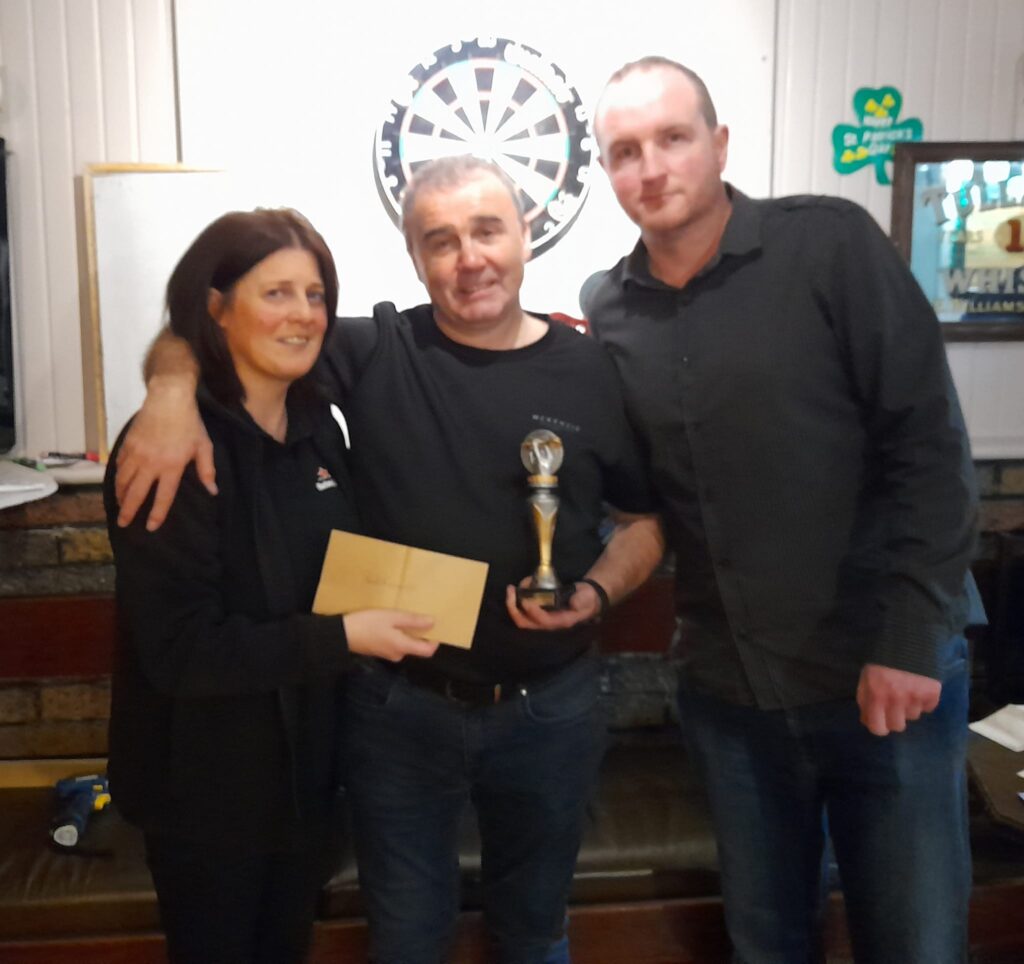