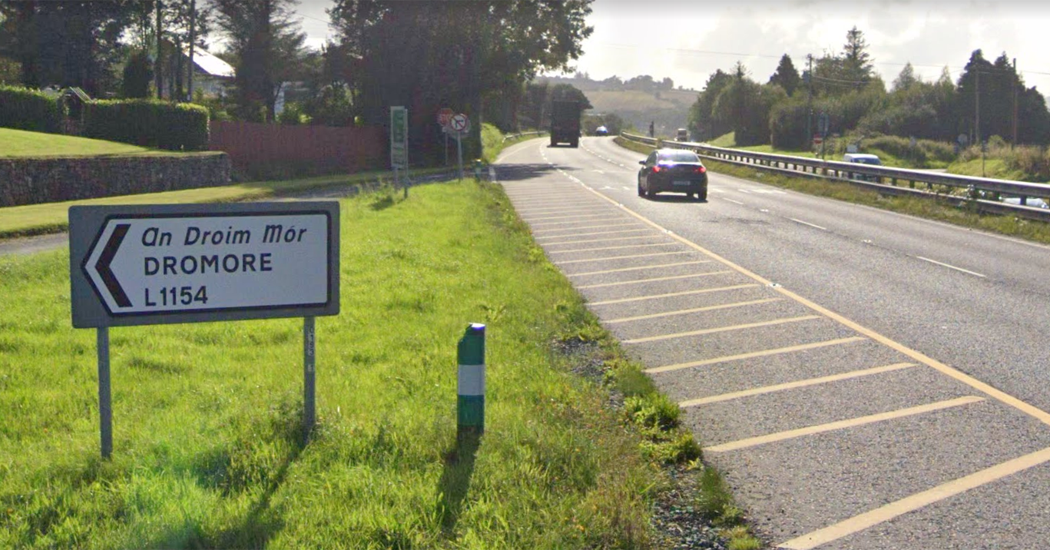 Serious sewage problems in the Dromore area of Letterkenny have added further calls for the extension of the Letterkenny town sewer.

Sewage has been seen running onto the dual carriageway as a result of an overflowing treatment plant serving homes on the Dromore Road.

The treatment system serves approximately eight homes, but ongoing issues have led to it breaking down and overflowing on occasion.

Cllr Gerry McMonagle said residents have had to put up with a smell, while long puddles of sewage have been seen on the inbound lane of the dual carriageway.

“The puraflo system there has not been taken over by Irish Water because they can’t hook it up to a sewage system, because there is none out at Dromore. So, when it breaks down, it builds up and comes down a banking onto the dual carriageway.”

Donegal County Council has now undertaken to desludge the system every month.

Cllr McMonagle said the works come at an extra cost to the local authority, while the crux of the matter lies with a lack of main sewer.

“What would help this is greatly is something we’ve all been calling for for a long time, is the extension of the town sewer out to Dromore and Bonagee. This would help not only the houses served by this system plant, but all the other houses in the area could be tied into the main sewer.”

Cllr McMonagle previously raised the issue with the Letterkenny-Milford MD to urge Irish Water to seize the golden opportunity while roadworks are ongoing on the Four Lane Safety Project.

He added that Letterkenny’s sewage plant is more than capable of catering to the area.

“We spent over €20-odd million putting together a state of the art sewage plant in Letterkenny. It has a capacity for 40,000 homes and businesses, it is currently at only 21,000. It beggars belief why were are not using the capacity.

“In the meantime we run the risk of creating environmental problems by allowing untreated sewage to run through land.”

Cllr McMonagle again urged Irish Water to take advantage of the roadworks, where there are ongoing excavations.