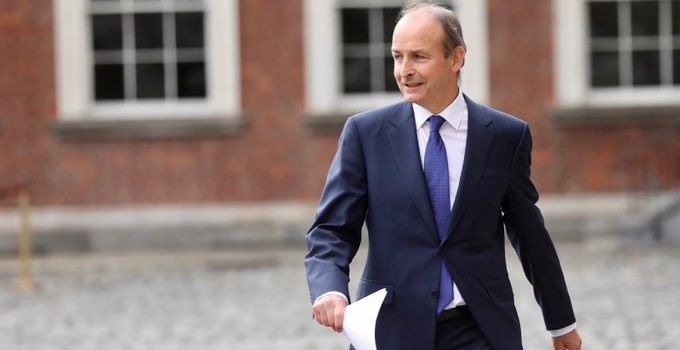 Plans for a business lunch with Taoiseach Micheál Martin in Letterkenny have been thrown into doubt, two days before the event.

The Letterkenny Chamber was due to host their President’s Chamber Lunch with the Taoiseach at the Radisson Blu Hotel this Saturday.

At the same time, Mica homeowners were planning to stage a protest outside the venue. Frustrated with a lack of progress on the enhanced scheme, campaigners intended to ‘make noise’ and make their presence felt.

A spokesperson for the Radisson Blu has since advised the Chamber of Commerce this week that the hotel cannot facilitate their event on Saturday.

A spokesperson said: “We have advised the Chamber of Commerce that the hotel cannot facilitate their event on Saturday.”

Toni Forrester, CEO of the Letterkenny Chamber, told Donegal Daily: “The venue can’t facilitate the event we are still working on our options.”

There were claims from the Mica Action Group that a meeting with the Taoiseach was offered to them only after the protests were announced. However, Minister Charlie McConalogue stated that Mr Martin was always intending to meet with the group.

“It is a big issue for Donegal, for an Taoiseach and for me and the idea that he would not meet mica campaigners when in the County is preposterous. It was always part of the equation,” the Minister said.

A second protest has been scheduled in Derry tomorrow. Holiday homeowners left out of the Mica scheme are mobilising to protest outside the Playhouse in Derry, where Mr Martin will be the keynote speaker at an event organised by the John & Pat Hume Foundation.