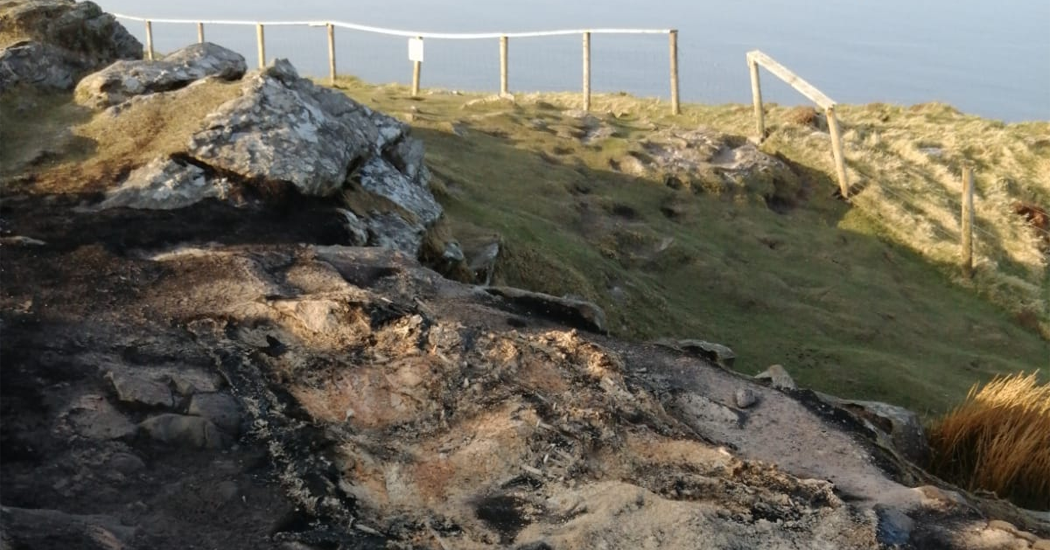 Warning after fire at Sliabh Liag

There has been shock and disappointment in the south Donegal area this week after a fire at the Sliabh Liag Cliffs.

A picnic bench was reduced to ashes after a fire which was believed to be started by a barbecue.

The discovery was made on Tuesday.

“All that was left of the bench were the bolt fittings,” said a statement by the Sliabh Liag Experience team.

They said the fire could have had a devastating impact on the local environment if it spread to the vegetation.

“Thankfully the heather did not catch fire, as we all know Sliabh Liag is a special area of conservation and devastation like this could have serious implications for sheep farmers, their livelihoods and the wildlife particularly during lambing and nesting seasons.”

Gardaí have been notified of the incident.

An Orange Fire Risk warning is in place for Donegal during the current dry spell, warning people not to engage in activities that could cause wildfires.

Landowners and members of the public are urged to be vigilant and to report any uncontrolled or unattended fires immediately to the fire service by dialling 999 or 112.