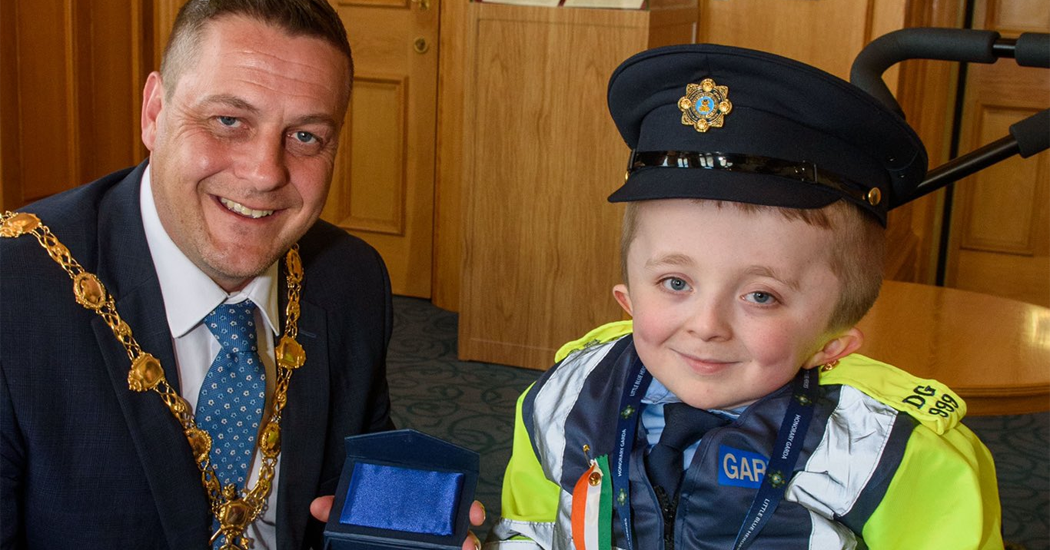 Raphoe boy Jack Beattie was treated to a special presentation in Derry yesterday during a cross border policing visit.

Jack, aged 11, who has brittle bone disease, is an honorary member of An Garda Siochana as part of the Little Blue Heroes initiative.

He relishes his role with great pride, and he was in top form yesterday for a visit to the Guildhall.

Mayor of Derry City and Strabane District Council, Alderman Graham Warke hosted a civic reception for Jack in recognition of his role in spreading the safety message during the Covid 19 pandemic. 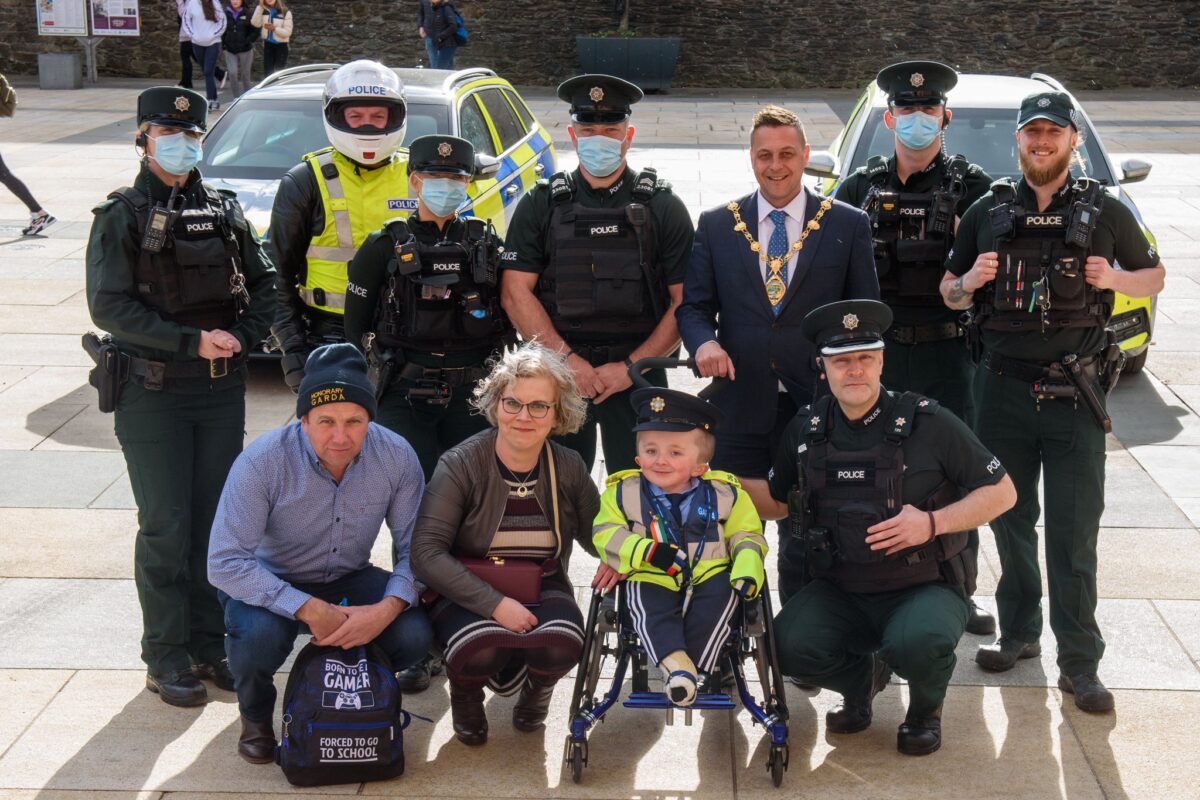 The Police Service of Northern Ireland marked the occasion with a cavalcade into Guildhall Square and made a special presentation to him and he enjoyed video calls with Irish social media giants Mammy Banter and Black Paddy.

“It was an absolute joy to have Garda Jack Beattie in the Parlour today on a special cross border policing visit,” said Mayor Warke.

“I’ve met Jack numerous times on my journey as Mayor and he had told me he always wanted to visit the Guildhall so I was delighted to have him here.

“He had to isolate for much of lockdown himself and was telling me how delighted he was to be back attending events.

“I want to thank him for coming to see me, this was one of the highlights of my year and he entertained me and the staff in the Guildhall all afternoon.

“Thanks also to the PSNI for taking time out of their busy schedule to come into Guildhall Square and meet him.” 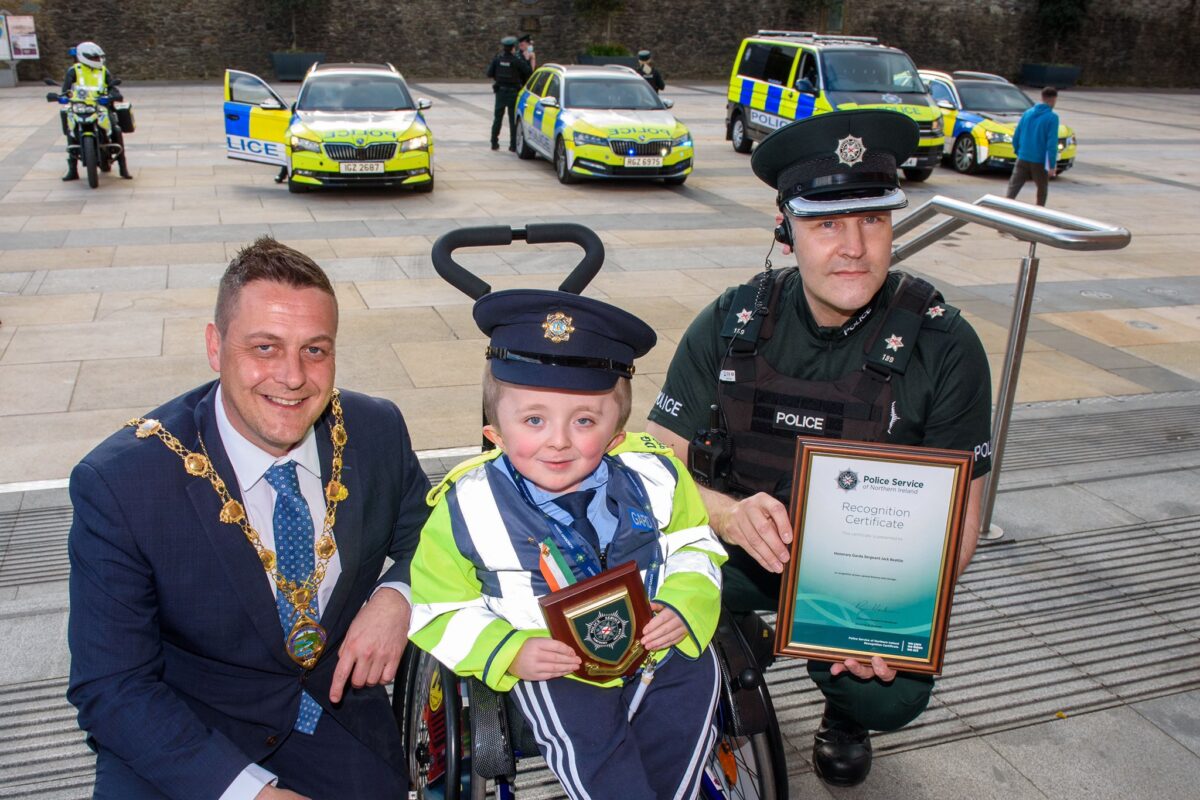