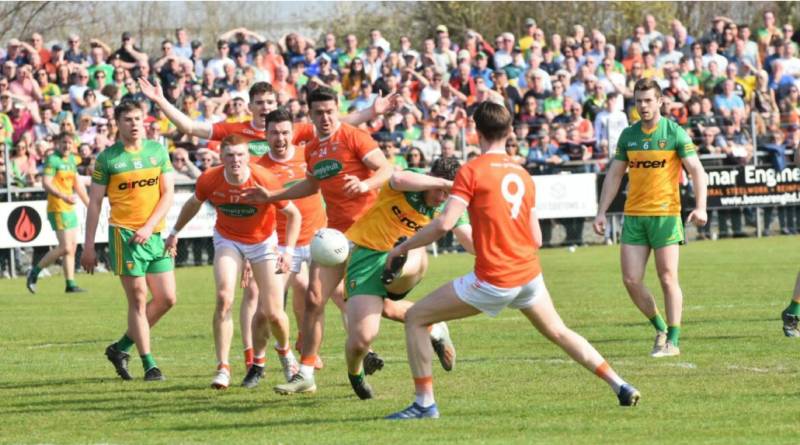 Donegal will not appeal suspensions following bust-up vs Armagh

Donegal have announced they accept the referee’s report and will not appeal suspensions handed out following the Allianz League game against Armagh.

Declan Bonner’s side won 1-14 to 1-13 against The Saffrons to secure Division 1 survival thanks to Patrick McBrearty’s late point, but there were unsavoury scenes after the game as players from both sides clashed.

Following the referee’s report from the game, five players received one match suspensions which will be served when the two sides face in the quarter-final of the Ulster Championship on April 24th.

The Donegal County Board released the following statement on the matter:

“Following consultations last night between the county board, team management and player representatives, CLG Dhún na nGall accept the referee’s report on the Donegal v Armagh Allianz League Round 7 fixture last Sunday in O’Donnell Park. Consequently, Donegal will not be appealing the suspensions handed out to Donegal players.”