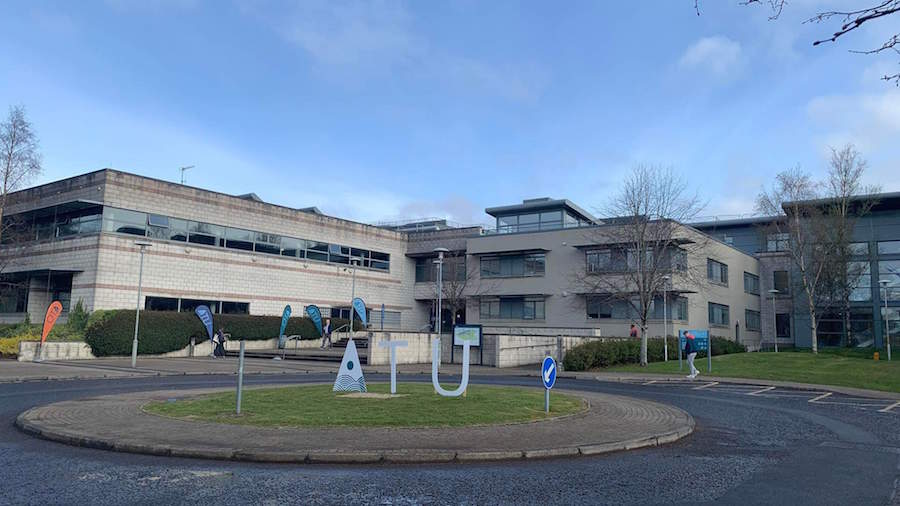 History was made today when the Governing Body of the new Atlantic Technological University (Ollscoil Teichneolaíochta an Atlantaigh) convened for the first time in Letterkenny and appointed Dr Orla Flynn as its first President.

The initial Governing body members are: 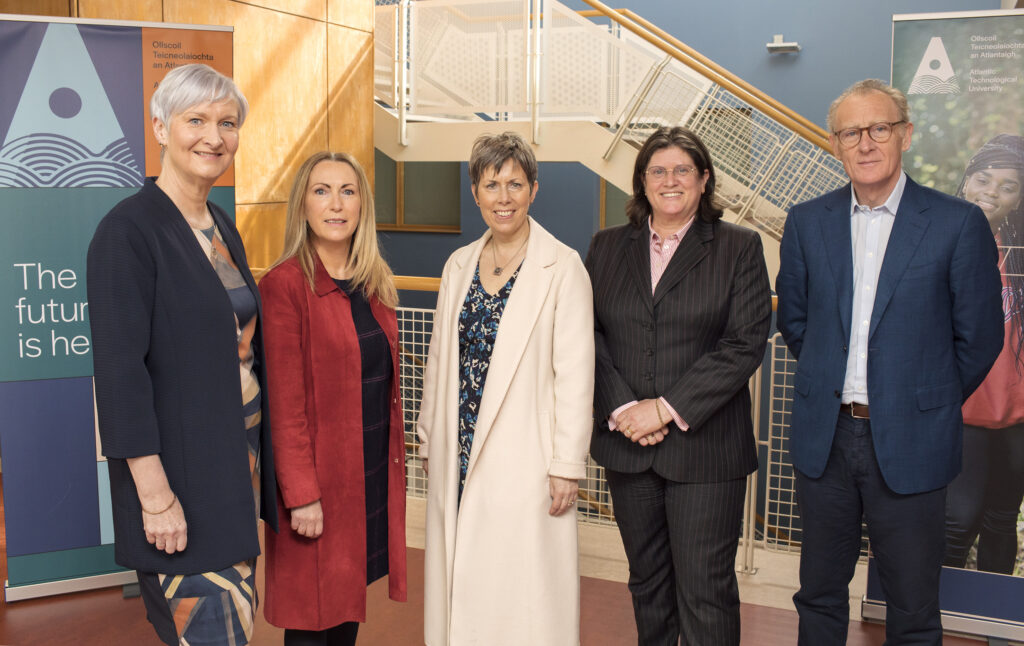 ATU will be officially opened on Monday 4 April by Minister for Further and Higher Education, Research, Innovation and Science, Simon Harris TD, at an event in ATU Sligo.

It creates university campuses in counties Donegal, Sligo, Galway and Mayo for the first time while giving Galway city a second university option. It also offers students in surrounding counties the option of a TU education.

ATU will serve 21,000 learners and be one of the largest multi-campus universities in Ireland with eight campuses and research centres. The university will be supported by 2,250 staff, delivering practice-oriented study and research.

Some 600-plus higher educational programmes will be available at all levels of the National Framework of Qualifications from apprenticeships to doctoral level qualifications.

Earlier this month, Minister Harris designated Dr Flynn as the first president of the ATU. Dr Flynn was previously President of Galway-Mayo Institute of Technology.

Commenting on today’s historic meeting, Maura Mc Nally SC, Chair of the Governing Body of Atlantic Technological University said: “Being from this region, and as a proud Leitrim woman, I am honoured to be leading the formation of Atlantic Technological University (ATU) as Chair of its inaugural Governing Body, whose aim is to provide higher education in the west and north-west and areas bordering the Atlantic and Northern Ireland. 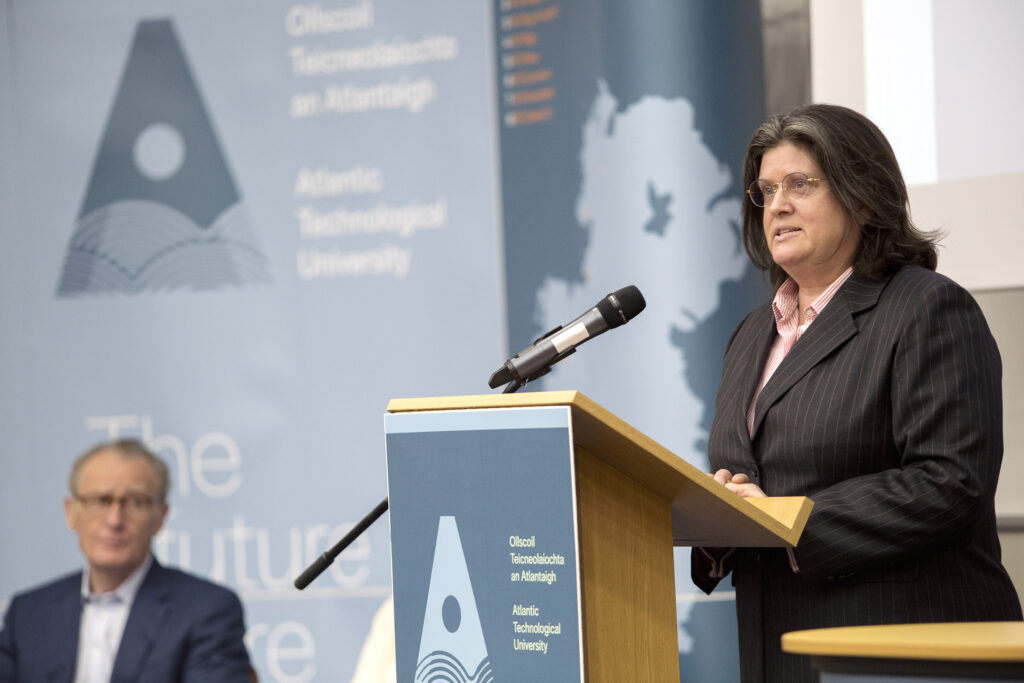 “I am grateful to Minister Simon Harris for his ongoing support and wish to acknowledge the extensive, and now fruitful, work carried out by all parties which has led to this historic occasion for our region. I wish incoming President Dr Orla Flynn every success as she takes the helm, and look forward to working with and interacting with all staff and students of Atlantic Technological University (ATU). Guim gach rath ar gach duine san ATU.”

ATU President Dr Orla Flynn said: “It is a great privilege to be appointed as inaugural President of Atlantic Technological University, and I look forward to working with our Chairperson Maura McNally SC, members of our new Governing Body, and staff and students from across Atlantic TU, to serve the needs of our unique region. 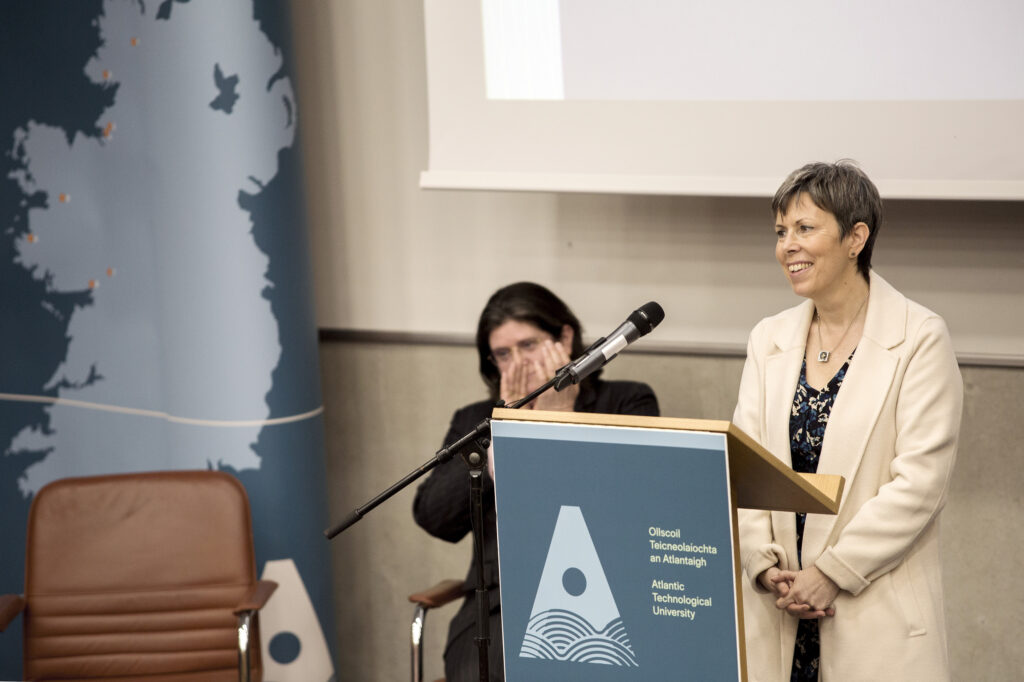 “The coming days will see a range of events on all our campuses to mark the launch, and I’m looking forward to meeting staff, students, alumni and supporters from across the west and north west of Ireland. This marks the beginning of an exciting journey for our entire Atlantic Technological University community, and we are greatly looking forward to it!”

Mr Hannigan said: “With the establishment of the Atlantic Technological University in Donegal, it is truly a historic day. There has been monumental work done behind the scenes to make today happen and I would like to thank all colleagues, students, and the wider Donegal community that have been with us every step of the way on the journey to Atlantic TU. As today also marks the final day of my tenure as LYIT President, I would like to extend my best wishes to the incoming ATU President, Dr Orla Flynn, to the Chair, Maura McNally, and to the Governing Body. I have no doubt they will continue to contribute to the transformation of the educational landscape of this region, through driving innovation, research, and development which, will in turn, propel the region onto the international stage.”

Dr McCormack said: “Sligo has become a university town for the first time, opening further opportunities for students, industry and enterprises across the region. Not only will we now be able to offer university status to our students, but a Technological University will also encourage more investment into the region both domestically and internationally. As IT Sligo enters its last day, I wish to welcome the new Atlantic Technological University and wish our new President, Dr Orla Flynn the very best in her role. Finally, I would like to thank all my colleagues, past and present in IT Sligo and across the ATU for their support in making this happen over the past decade. Over the coming months, St Angela’s College will be incorporated into ATU making Sligo a strong centre for higher education provision across the region.”