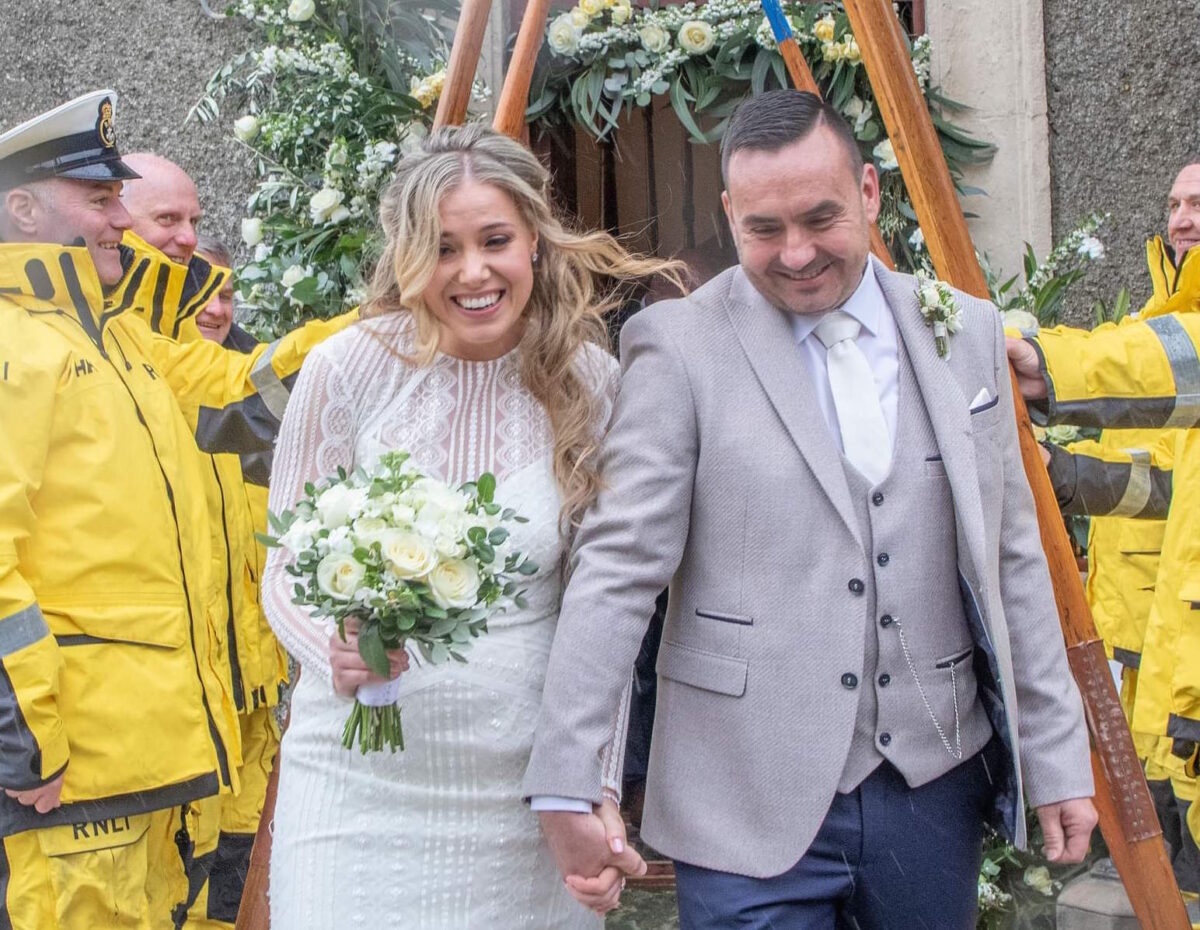 Lifeboat volunteers Amy McCarter and Martin Philips are used to tying knots in their line of volunteering.

But the Co Donegal couple tied the knot of a lifetime today when they married at Christchurch in Buncrana.

Amy and Martin are both members of the Lough Swilly RNLI based in the Inishowen coastal town of Buncrana.

And their fellow volunteer made sure it was a nautical theme all the way as the couple walked down the aisle. 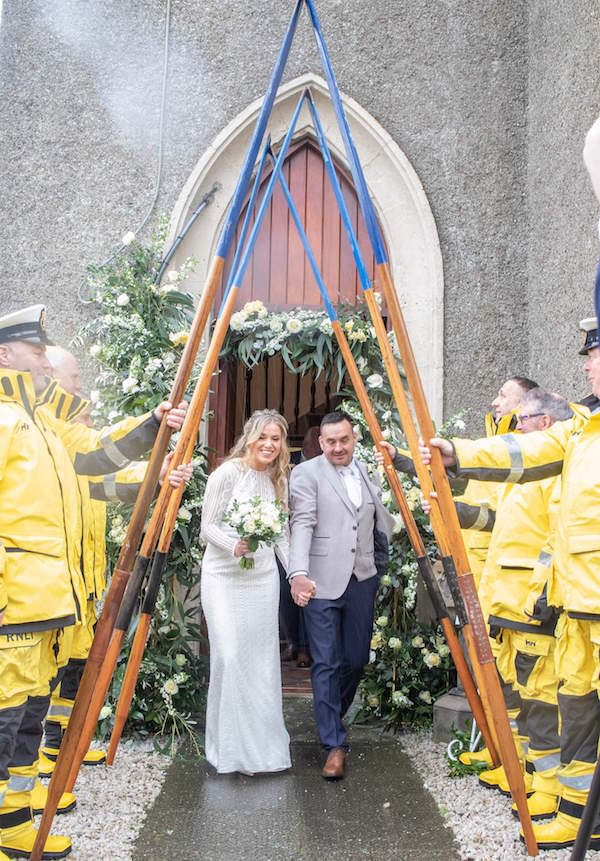 Members dressed in full wet-gear and held oars as the happy couple emerged for their life on the open seas.

Coxwain Martin, who is originally from South East England, first came to Ireland when he accompanied the station’s Shannon lifeboat to Donegal, the first lifeboat to be named after an Irish river.

Martin and Amy met soon after and it’s been plain sailing every since.