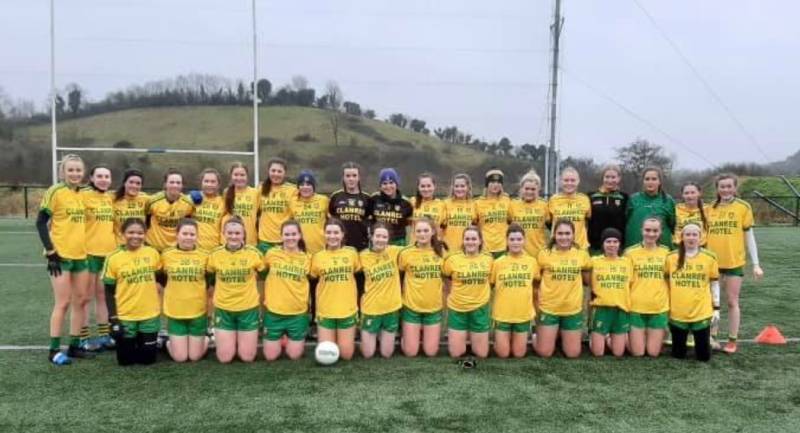 All of Donegal’s points came from frees, including one of the goals, as most of the game was played in their half.

Ailbhe Kane got the opening score for Armagh followed by Aisling Mulholland.

Blaithin Ni Cathail Maria O’Neill and Kane scored points to make it 0-5 to 1-0 to Antrim at the water break.

Aoibhinn Cosgrove got the first score of the second quarter followed by Aileen McDonnell and they got their first goal through O’Neill.

O’Neill pointed again and Kane scored another free before scoring from play.

Jodie McFadden scored a free just before half time as Francie Martin’s side trailed 1-9 to 1-1.

Laura Agnew got the first point of the second half and Antrim kept chipping away with points, including a great score from Mulholland and another Kane free.

McFadden scored another free for Donegal but Kane and Robyn Murray added to the score to make it 1-18 to 1-2 at the second half water break.

Kane got a deserved goal for her performance and another Donegal free by Tara Geoghegan was converted.

Ciara Maguire added another goal for Antrim but Shannon Leech got a second goal for Donegal and while Donegal never gave up, they were outclassed by a strong Antrim side with the game ending 3-20 to 2-3.