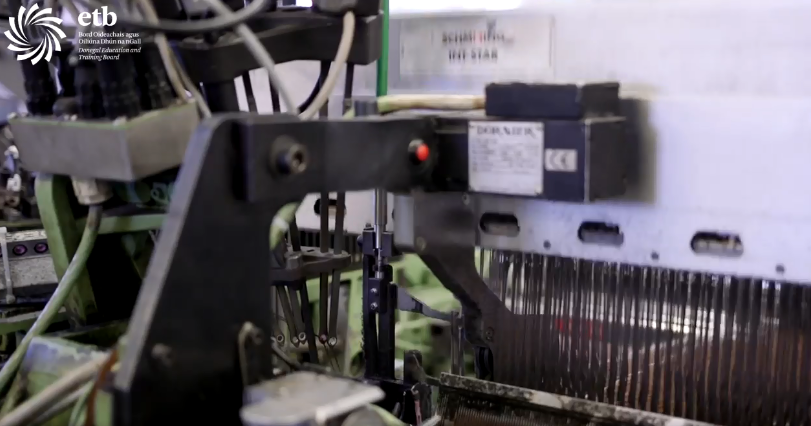 The first ever certified weaving course in the country has been launched in Kilcar.

The full-time Donegal Weaving traineeship has been developed by Donegal Education and Training Board (ETB) and is certified by the Scottish Qualifications Authority.

First reported by Donegal Daily, the inaugural course, which began in September, is at an advanced stage.

It was developed by the ETB following a consideration to support the preservation of Donegal weaving as an indigenous craft which existed for centuries, taking on its modern form after the famine with the founding of Magee Clothing in 1866.

The average age of a Donegal weaver today is around 75 years which means that both the power loom and handweaving industries face a succession risk, according to the ETB.

Skills that are unique to weaving such as loom tuning, warping and finishing are quite niche and, without future weavers being trained, are at risk of extinction. 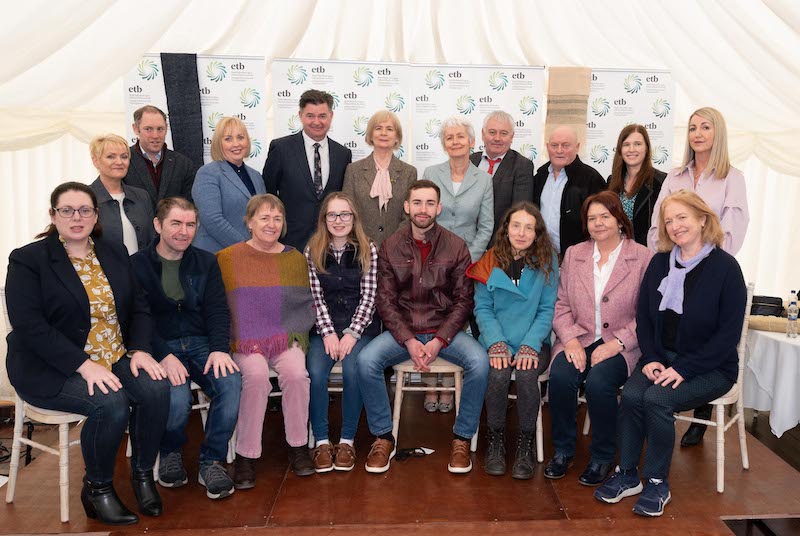 This course develops the skills and craftsmanship of a Donegal weaver, ensuring a continuity of skills for these industries.

Currently, students generally range in age from late teens to late 50s with some coming from third and fourth generation weaving families and proudly using their grandfather’s looms to carry on the tradition.

A number have relocated from Dublin and Meath to Donegal for its duration.

Launching the course, Chairperson of Údarás na Gaeltachta Anna Ní Ghallachair said, “We are delighted that Donegal ETB has taken the initiative on this, ensuring that the world-famous tradition of tweed production in Donegal is passed on to future generations.”

In developing the forty-one week course, a number of key weaving companies and Donegal weavers were consulted.

The Harris Tweed Authority in Scotland was also consulted as they had previously developed specialised training in this area to support the preservation of Scottish weaving.

Thanks to this collaboration effort, students receive a twelve week work placement.

Some of their training takes place in Magee Clothing on the Hattersley and power looms, while training in traditional handweaving is provided by John Heena, a Master Weaver with Studio Donegal who has highlighted how the students would be an asset to the commercial weaving industry.

Speaking about the development of the course, Director of Further Education and Training, Cróna Gallagher said, “This was a huge collaborative effort by all the stakeholders – weavers, clothing companies, the Harris Tweed Authority, the Scottish Qualifications Authority and the ETB. I believe the result is something very special – a course which preserves the unique and special skill of Donegal weaving while at the same time meets the challenge of responding to skills’ shortages through employment-focused training.”

Congratulating  all involved in bringing this vision to fruition, Donegal ETB Chairperson, Cllr Barry Sweeny wished the first participants on the course the very best of luck.

“I am delighted to see the Weaving Programme now in full swing in Kilcar. I believe there is great value in not just keeping this traditional craft alive but nurturing it and allowing it to grow the local community and economy, ensuring that Southwest Donegal is a leading light internationally when it comes to quality, traditional weaving.”

The traineeship, which is funded by the European Union – NextGenerationEU, has already gained a lot of international attention.

It was shared with the thirty-eight international partners of the European Horizon 2020 programme RURITAGE, which focuses on the regeneration of rural areas through cultural and natural heritage, as a best practice action which could be replicated in other rural regions of the partner countries across Europe.

You can find the best course for you through the ETB’s website course finder (https://www.donegaletb.ie/further-education-training/course-finder/).