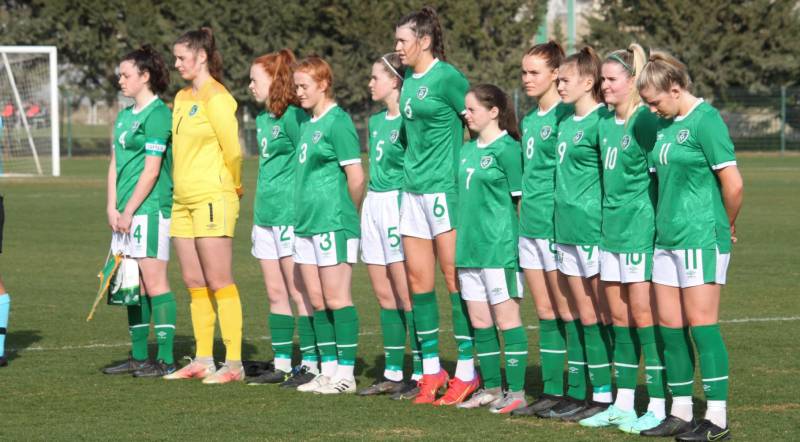 Kerryanne Brown, Emma Doherty and Erin McLaughlin have all been called up the the Republic of Ireland under-19 squad for their upcoming qualifiers for the European Championships.

The three attacking players will all be battling for a starting place in Dave Connell’s side.

Greencastle native Brown, who players for Sion Swifts in the Danske Bank Women’s Premiership, scored in the last two Ireland under-19 friendlies in February as they beat Russia 1-0 and 3-1.

Buncrana woman Doherty has scored once for Sligo Rovers this season, in a 2-1 win over Cork City, which was Sligo’s first ever competitive win in the Women’s National League.

Brown’s former Sion Swifts teammate Erin McLaughlin, from Culdaff, got her second goal of the season as Peamount United beat Wexford 4-0 in a big game in the Women’s National League last night as her side stays top.

Ireland have three games in the Czech Republic in Round 2 of qualifiers, as they face the hosts first on Wednesday 6th April at the City Stadium in Opava, followed by two games against France and Greece in the Bazaly Stadium, Ostrava on the 9th and 12th of April.