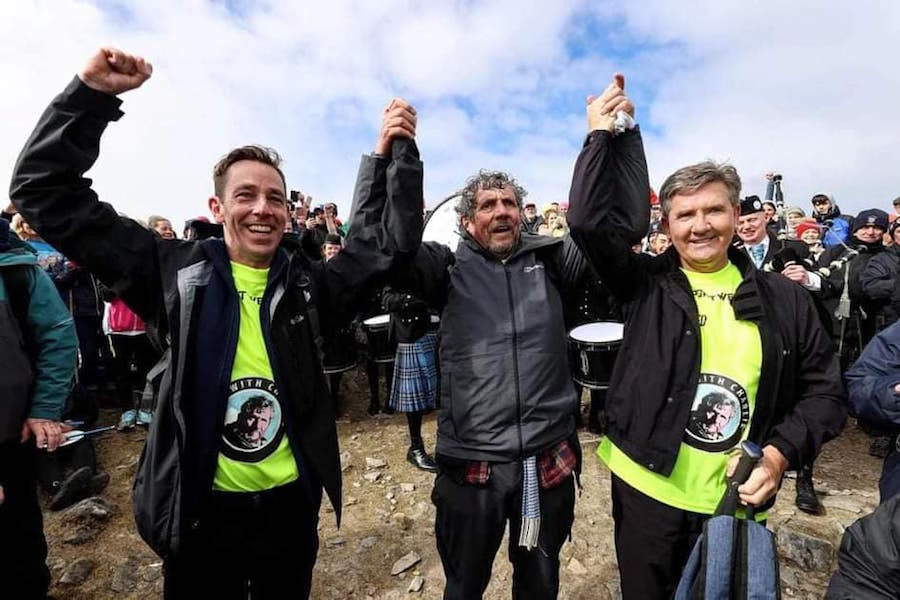 Daniel O’Donnell has said there are simply no words to describe supporting his friend Charlie Bird as he raised awareness of Motor Neurone Disease.

The former RTE reporter encouraged people to climbs mountains over he weekend and in the process raised more than €2M to help fight the disease.

Among those who volunteered to ‘Climb With Charlie’ was the Donegal singer who was clearly emotional by the experience.

Daniel said he wanted to thank Charlie for not just his courage but for uniting the country over the weekend.

Daniel said “I just want to thank everyone who supported “Climb With Charlie” yesterday. There are no words that can adequately convey how it felt to stand on top of Croagh Patrick in Charlie’s presence. He truly is a remarkable human being.

“The sense of togetherness was beautiful to experience. 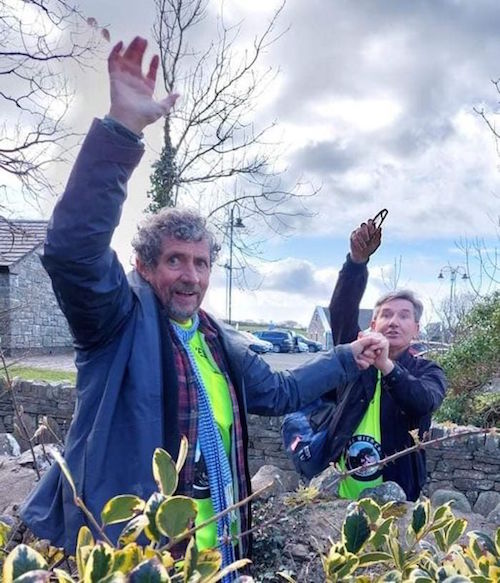 “For those of you I got to meet on the climb and to everyone in the Westport area thank you for making it such and incredible event.

“To sing Hail Glorious St Patrick on top of the mountain was a special moment for me.

“Also to get to speak to Vicky Phelan who unfortunately due to her ongoing health issues was unable to take part in the climb as planned was a privilege. She too is an amazing person and I would like to thank her for all she has done for cancer suffers since her own diagnosis.

“Finally I want to thank Charlie who in the darkest moments of his life has united the country and raised an incredible amount of money for Motor Neurone Disease and Pieta House. Charlie You are an inspiration.”

‘There are no words’ – Daniel on climbing Croagh Patrick with Charlie Bird was last modified: April 5th, 2022 by Staff Writer
Facebook0Tweet0LinkedIn0Print0