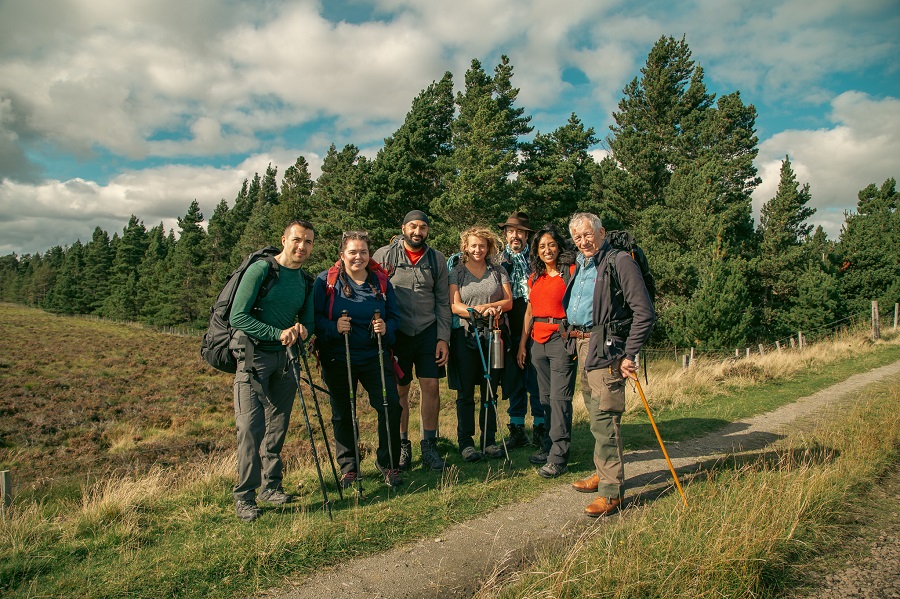 Donegal and Derry’s stunning landscape and spiritual heritage will be broadcast to a global audience when a BBC Two documentary featuring Slí Cholmcille airs this Friday April 8th and for the next two Fridays at 9pm.

For centuries pilgrims have followed the holy footsteps of religious visionaries around the world in search of their own spiritual alignment. Now, Donegal and Derry are inviting pilgrims at home and abroad to explore the northwest’s wild and rugged landscape as Slí Cholmcille aims to take its place among the great pilgrimages of the world. 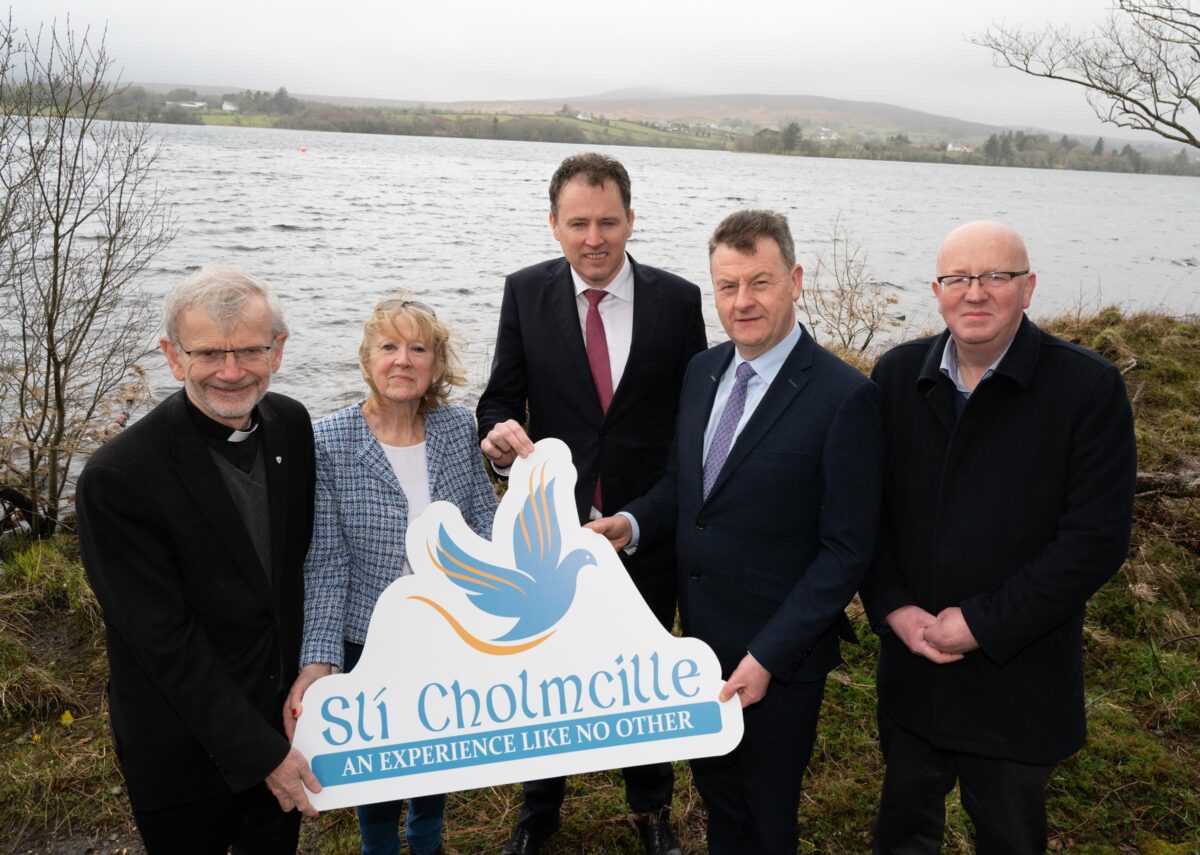 Entitled “The Pilgrimage: The Road to the Scottish Isles” the documentary will see seven celebrities embark on a Pilgrimage through Ireland and Scotland. Over fifteen days, beginning in Donegal, the seven pilgrims followed in the footsteps of Saint Columba, seeking out his legacy as a key figure in early Irish and British Christianity who helped spread the faith from Ireland to Scotland and beyond. The celebrity pilgrims taking part in the programme are interior designer and TV personality, Laurence Llewelyn-Bowen, who describes himself as a non-conforming pagan; England cricketing legend, Monty Panesar – a practising Sikh; actress, Louisa Clein, who is Jewish; TV personality Nick Hewer – an agnostic with Catholic roots; TV presenter and podcast host, social media influencer, Scarlett Moffatt – a Christian; comedian, Shazia Mirza – a Muslim; and Paralympian, Will Bayley – a lapsed Christian.

Ahead of the documentary airing this weekend, Charlie McConalogue, Minister for Agriculture, Food and the Marine, TD visited Gartan, the birthplace of Colmcille: “It’s wonderful that Slí Cholmcille is being promoted to a global audience in this way” Minister McConalogue said. “A huge amount of work has gone into this project, ensuring all the towns and villages are connected and that each part of Naomh Colmcille or Saint Columba’s story is told. Pilgrims can pass through Colmcille’s birthplace, Gartan, and visit where he went to school in Kilmacrennan. Walkers can follow his story right up as far as Shroove on the east coast of Inishowen where the 2020 and 2021 walks finished and where Saint Columba began his journey to Scotland. I would like to congratulate the Slí Cholmcille committee on all their work to date in driving this initiative, which will help bring even more tourism to the area.” 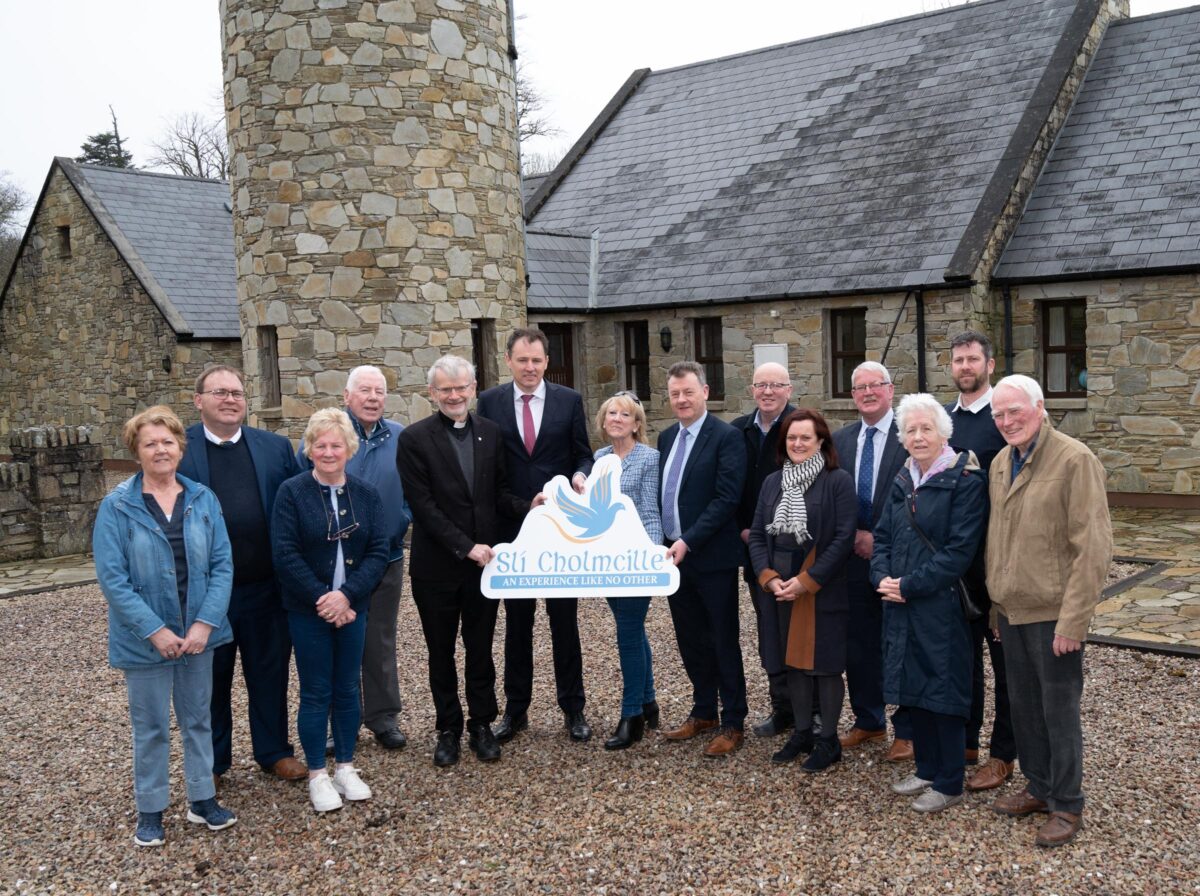 Bishop Alan McGuckian led pilgrims in walks covering 270km of the Slí in 2020 and 2021: “This pilgrimage is a wonderful way to honour Naomh Colmcille or Saint Columba, who was one of the most influential people to spread Christianity. He was born in Gartan in 521 AD and later travelled extensively throughout Ireland and Scotland establishing monasteries while spreading the word of Christ. His legacy still shines brightly today, and we’re delighted that the pilgrimages, paths, and major sites associated with his incredible story are being highlighted on an international stage.” 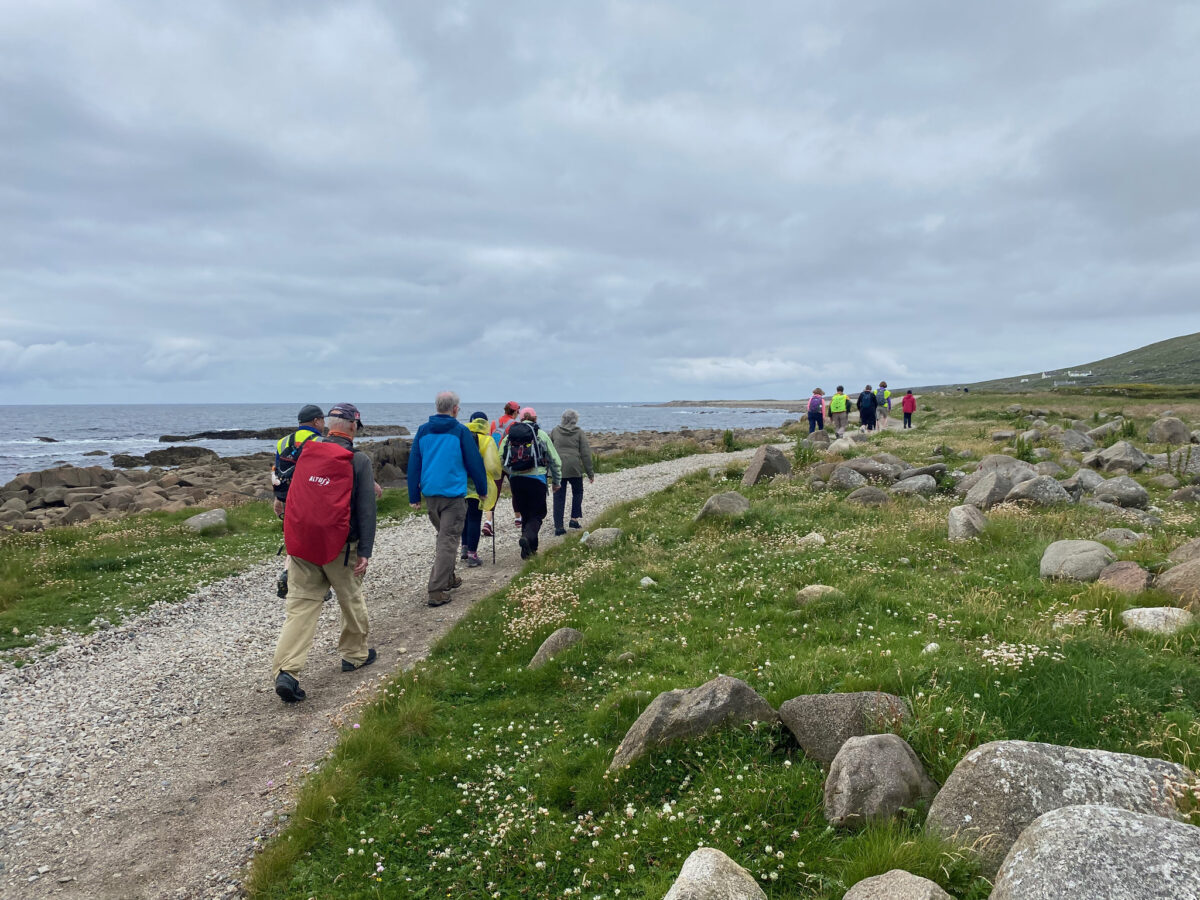 Slí Cholmcille is an expansive journey which offers a range of route options and starting points. The Glencolmcille and Donegal Town areas are rich in early Christian heritage and are where the BBC Pilgrims set out from. The route is suitable for beginners and experienced trekkers, for people walking on their own or with a group; there are various experiences that pilgrims can take advantage of while walking Slí Cholmcille such as travelling to Tory Island, exploring Ards Forest Park and strolling through the beautiful surroundings of Glenveagh National Park before arriving at the Saint’s family homeplace in Gartan.

Anne McGowan, Secretary of Slí Cholmcille CLG said: “This is a really exciting time for Slí Cholmcille and we’re looking forward to seeing the documentary this weekend. We hope people make the most of the opportunities that Slí Cholmcille provides to learn more about St. Colmcille and the impact he had on our islands, and the chance to explore and immerse yourself in our beautiful landscape and take some time to reflect.”