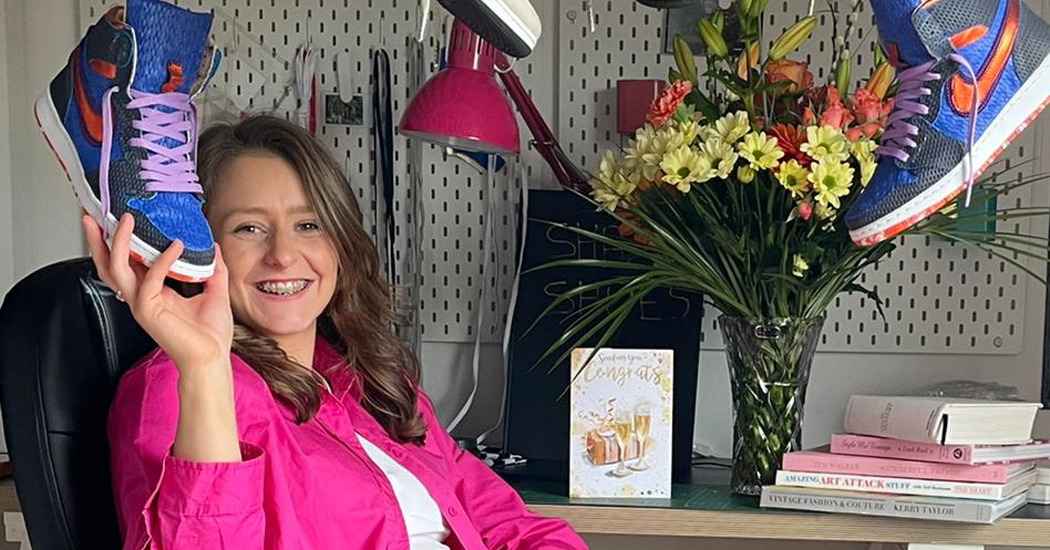 Letterkenny designer steps into her dream job at Nike

A young Letterkenny woman will be putting her best foot forward in her new role designing trainers for sportswear giant Nike.

Shannon Crawford was offered her dream job this month after building an impressive portfolio of redesigned footwear while living in Amsterdam.

The talented 26-year-old spent her lockdowns in the Netherlands customising Nike trainers, and her creations were so unique that friends and family soon wanted their own one-of-a-kind editions.

When a job came up in the footwear department at Nike’s European Headquarters outside Amsterdam, Shannon’s stunning custom shoes were a unique way for her to get her foot in the door.

“I’m so excited to have this opportunity to work with Nike and grow with them,” Shannon told Donegal Daily.

“It’s mad how it’s all come about, but it’s been one step after the other.” 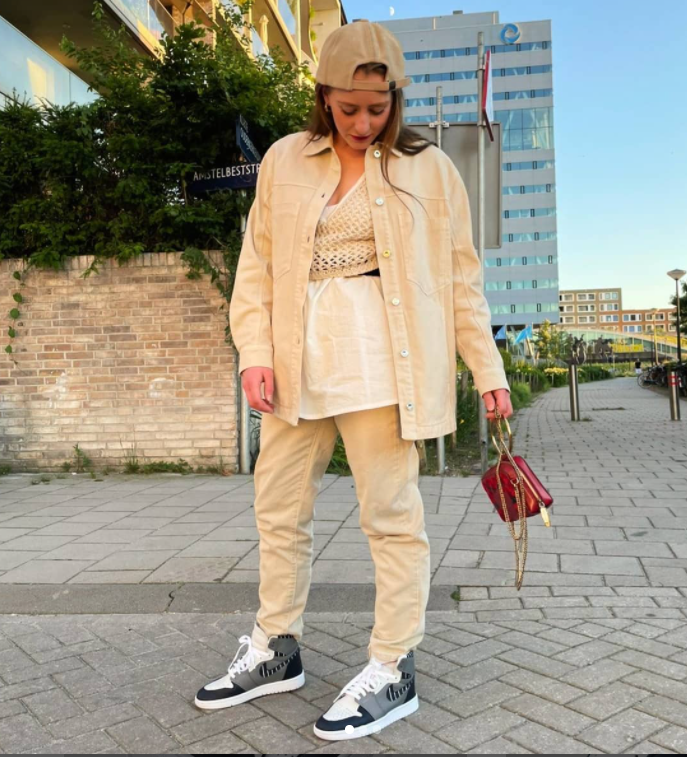 Shannon, a former pupil of Coláiste Ailigh, studied fashion and textiles at NWRC in Derry before getting a degree in Costume Design at the Dún Laoghaire Institute of Art, Design and Technology (IADT).

Her first gig straight out of college was a whirlwind experience with the Spice Girls.

“I handed up my final project in college and my friend called and said ‘I have a job for you’. The Spice Girls need a seamstress. I dropped everything and ran home and got my tools and materials and headed straight for Croke Park,” she said.

Shannon worked on sewing Swarovski gemstone to shoes and clothes for the pop band during their World Tour stop in Dublin in 2019. From there, she moved to theatre and toured with Angela’s Ashes and Riverdance.

When Covid-19 hit, Shannon moved home to Letterkenny and focused her creativity on murals – painting the inconic angel wings at McGinley’s Bar. Her first Nike trainer transformation was for her sister’s 11th birthday, and, after adding a quirky Spongebob Squarepants design to a pair of Air Force 1s, Shannon soon found her feet studying footwear.

“I started off in my bedroom, taking shoes apart and exploring the different materials on the inside, seeing how they are made and then rebuilding them,” she said.

Shannon’s designs have been inspired by everything from 14th century tapestries, Baby Spice, Billie Eilish and the New York Yankees. The more she made, the more her friends wanted their own. 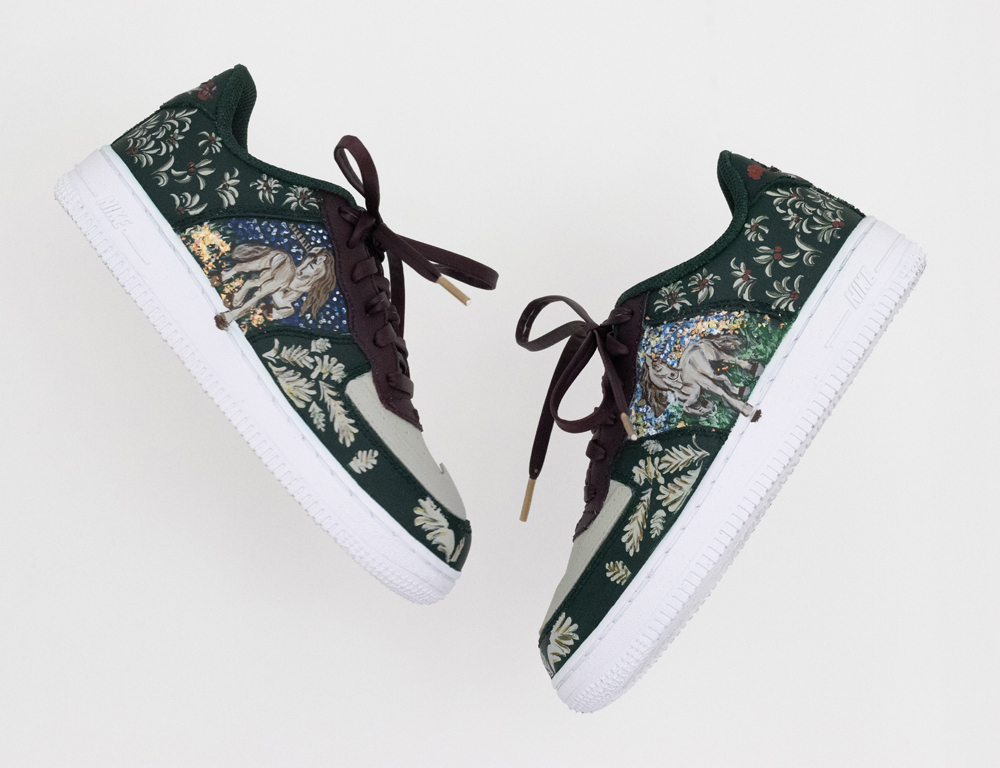 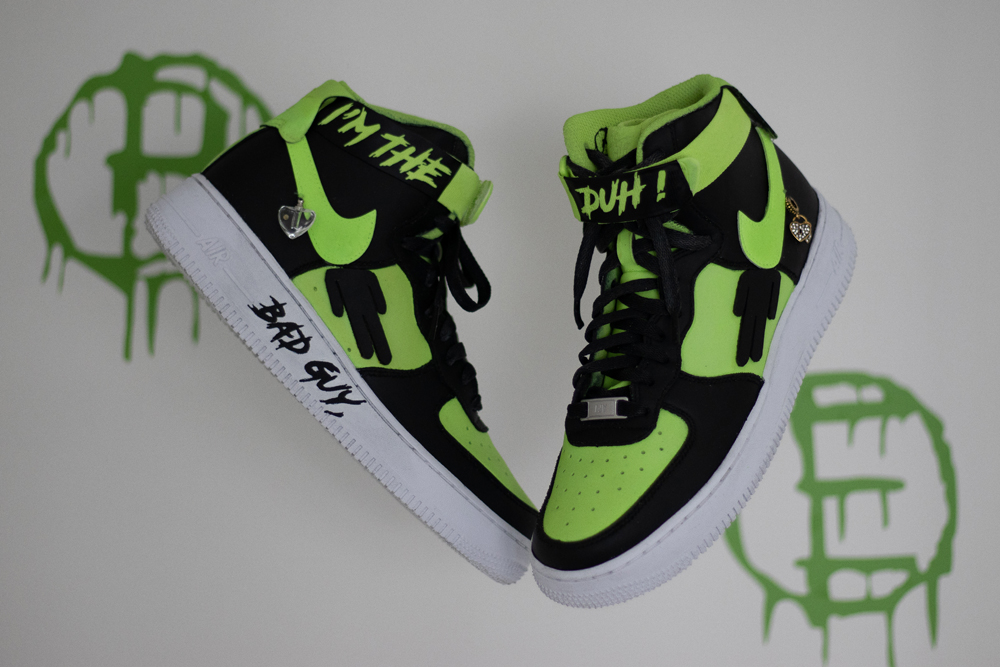 To further her skills, Shannon moved to Amsterdam in November 2020 to do a fashion internship with Dutch designer Tess van Zalinge. She continued making shoes in her spare time, and once the internship ended, Shannon set up her own studio in the city.

Shannon’s success hasn’t come without hard graft. She funded her studio by waitressing and delivering groceries by bike during the winter lockdown.

“I’ve had a lot of challenges along the way. The most challenging was lockdown, when there was no work. During those times I wondered how am I going to get through this, but I had a vision.” 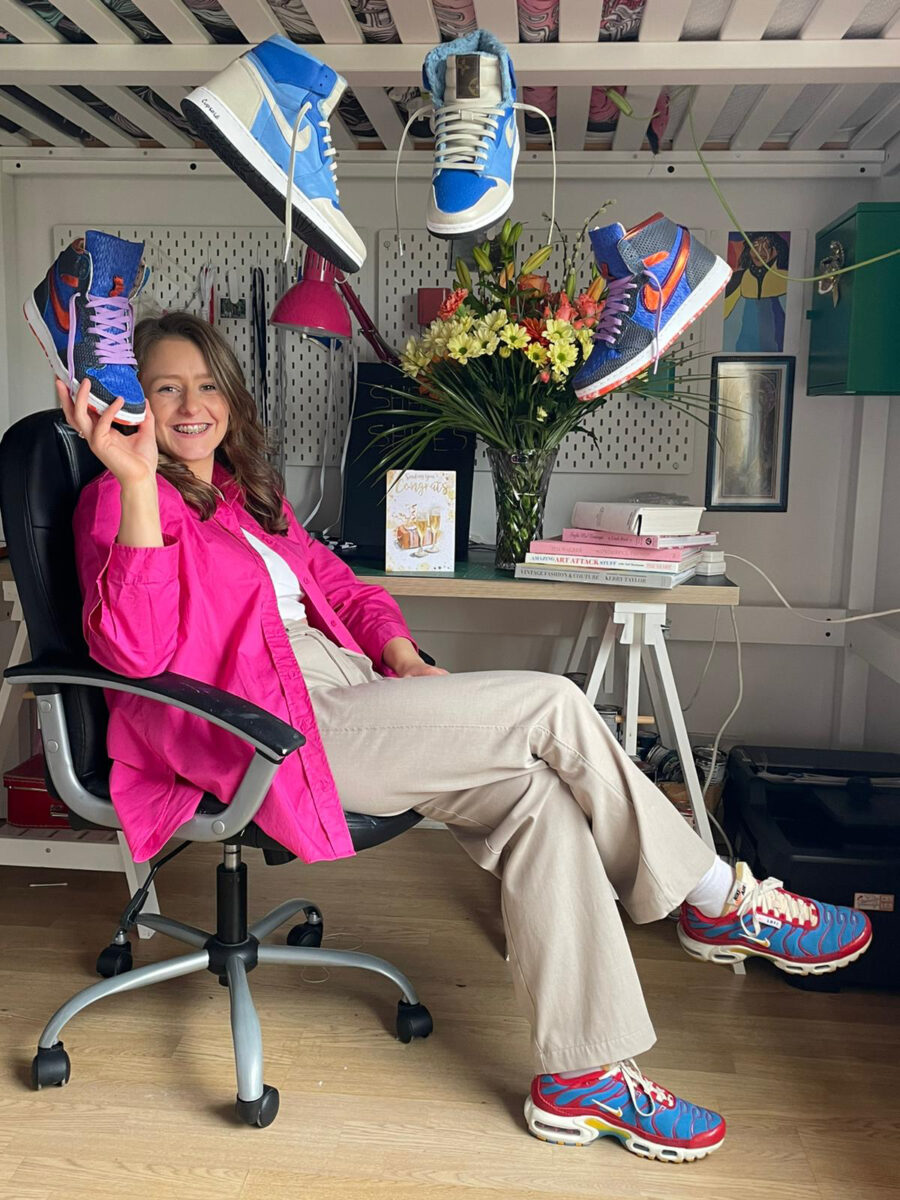 Shannon in her bedroom/workspace where it all began in Letterkenny

Shannon’s career journey so far has been leading up to the thrilling moment last week when she got the offer from Nike. She begins in May, and is already looking forward to working with her team creating colour and material stories for the shoes we’ll see on the shelves in the seasons to come.

“It’s a dream come true,” she said. “I’ve always set my standards high for myself and push myself beyond my abilities. I try to become a better version of myself every day.”