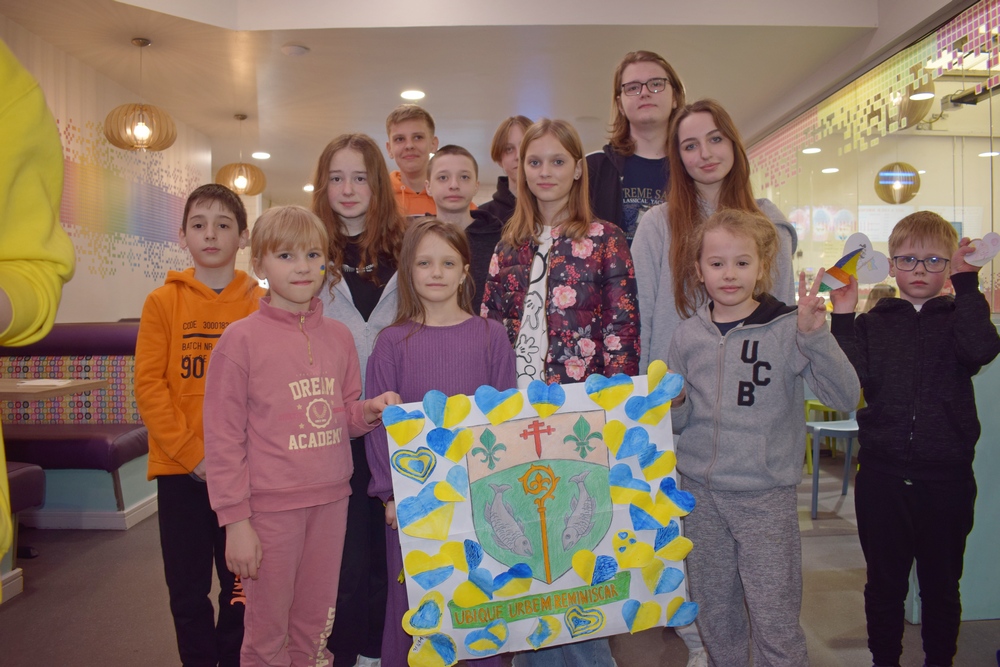 Ukrainian parents give thanks to big-hearted Letterkenny locals

That’s according to Oksana Ivanova, a mum from outside Kyiv who is being accommodated in Letterkenny after fleeing the war.

Oksana is one of 200 Ukrainian nationals who are staying at McGettigan’s Hotel. She fled her home country with her eight-year-old daughter Anastasiia on March 6th. They left Ukraine with nothing but a backpack. After two weeks in Krakow, they were flown to Ireland.

The ‘cosy’ town of Letterkenny now feels like home, Oksana says, due to the kindness and compassion shown to her and to all refugees.

On Saturday and Sunday, Oksana and Anastasiia, along with many other families from the war-torn country attended family fun days held by the DLDC, Letterkenny CDP and other venues in the town.

The ‘Unite for Ukraine’ event at the Courtyard Shopping Centre brought families from Donegal and Ukraine together to enjoy music, arts and crafts, balloons, games and more. Guests were treated to food from the Four Lanterns, ice-cream from Joe Jacksons and treat bags. 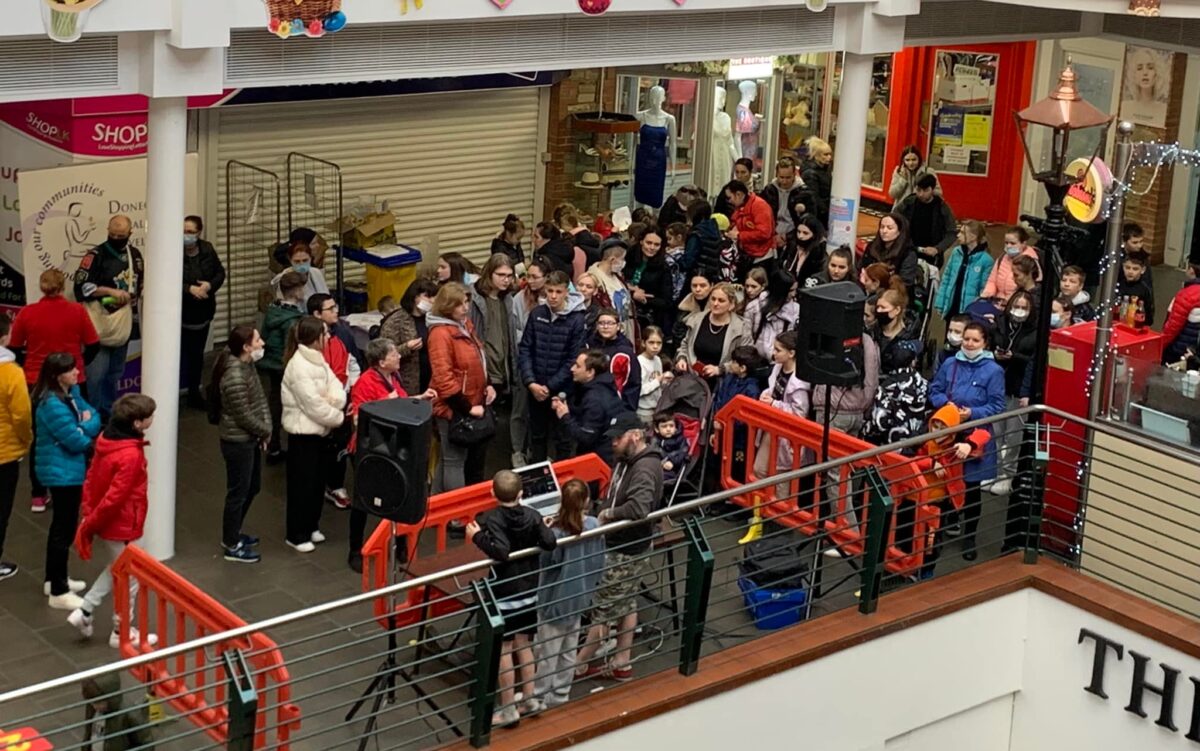 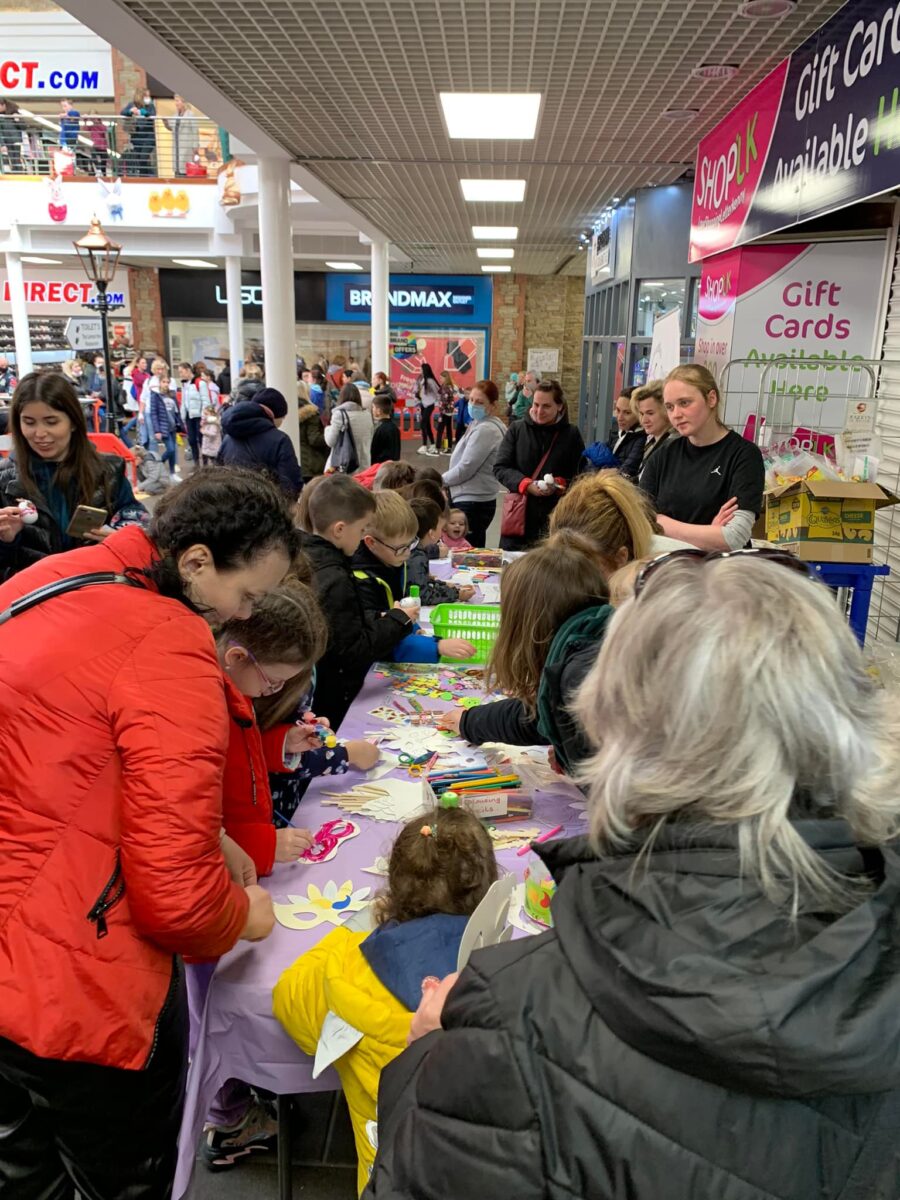 Oksana, sharing her account of the day on Facebook, wrote to the Letterkenny community and said: “You are all amazing people! Every time you pull us out of the whirlpool of sad thoughts and stress from the news received from Ukraine and provide emotional support. It is priceless and gives strength not to despair!”

The next day, the families got to experience the thrills and games at a local entertainment complex. Children of all ages found a game to play, much to the delight of their parents.

“The best therapy for their mothers’ souls in war-torn was children’s laughter,” said Oksana.

“I said it time and again of thanking you, people from the small town of Letterkenny. You have become for us the support that does not allow us to fall. And most importantly, such events, which are arranged for our children and for us, bring us back the joy of being a mother, bring us back to life, give our children a childhood that was stolen from them by the damned Russia.”

Speaking to Donegal Daily, Oksana said she could not find the words to describe the crimes that are happening in Ukraine. Just one month ago, she had a normal life, working in her job in district administration, not far from Bucha. Now, she is in a place far from home, being comforted by strangers. Her daughter will start school here soon, but Oksana’s thoughts remain on her home.