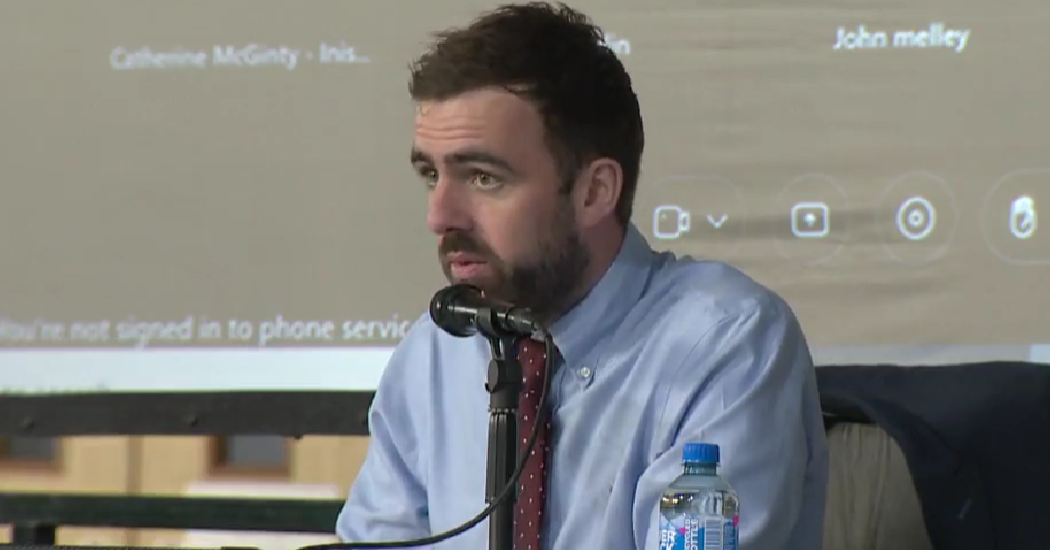 The adjourned March meeting of Donegal County Council is underway this afternoon without incident.

Councillors have gathered at the Aura Leisure Centre in Letterkenny for a meeting which was postponed last week due to unexplained “worrying incidents”. Gardaí were called to the building after a number of members of staff and a number of elected representatives said they did not feel safe with proceeding.

The adjourned meeting began today at 2pm, with Cathaoirleach Cllr Jack Murray saying that he hoped members could  “push collectively to the wheel, as a team for county Donegal”.

He said that members of the public had expressed “palpable frustration and disappointment” that council meetings are not getting completed. Cllr Murray said he agreed with the public sentiment.

“It’s a huge honour to be reelected, and with that comes a huge responsibility,” Cllr Murray said.

He asked councillors to move through the meeting today with “professionalism and integrity”.