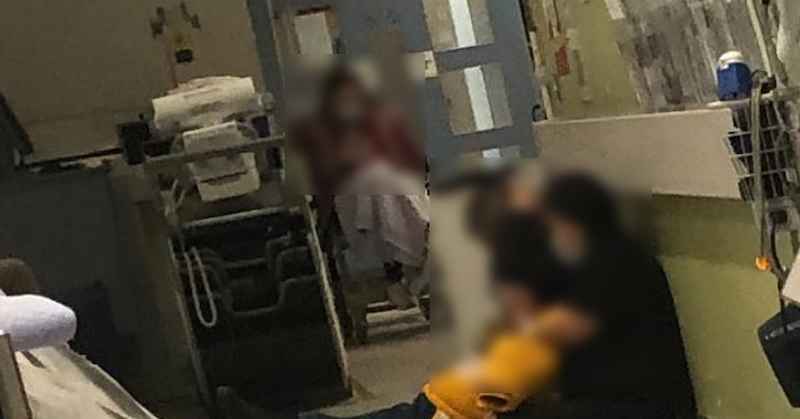 The group responsible for the running of Letterkenny University Hospital has admitted that there is a significantly higher number of patients visiting the hospital in recent weeks.

It comes as a picture emerged of people lying in corridors in the accident and emergency department at the hospital.

A spokesperson for Saolta told Donegal Daily that every effort is being made to cope with the large volume of patients.

The spokesperson added that the number of patients attending the Emergency Department at Letterkenny University Hospital so far this year is significantly higher than the same time last year.

Yesterday 153 people attended the Emergency Department and this morning at 8am there were 19 patients on trolleys who were waiting to be admitted to a bed on a ward.

The spokesperson added “Every effort is being made to discharge patients who are ready to go home so that beds become available for patients who need to be admitted, at the earliest opportunity.

“The hospital acknowledges that these delays are very difficult for patients and their families and apologises for the inconvenience and distress these delays cause.”

“I would simply ask when management at the hospital are going to call a crisis? This is simply not acceptable.

“For whatever reason we can clearly see people sitting in the corridor of what appears to be a treatment area.

“This is not acceptable and my anger is not towards the staff at the hospital but at management and those in power in Government for allowing this to happen.

“The Health Minister needs to visit Letterkenny Hospital immediately and see for himself first-hand the challenges facing staff on a daily basis.

“For people to be sitting in a corridor of a treatment area on a Tuesday morning is nothing short of a scandal,” he said.