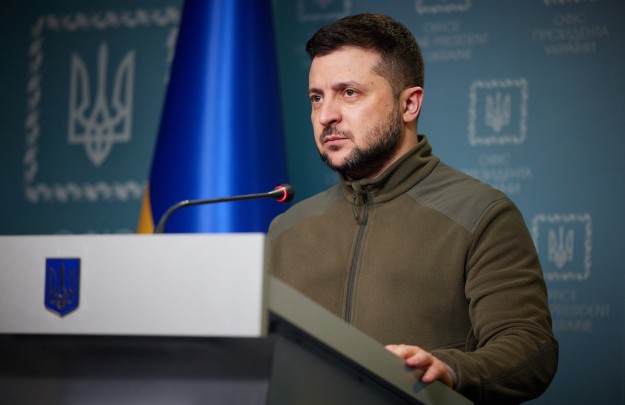 The Ukrainian president Volodymyr Zelenskyy will make an address to both houses of the Oireachtas this morning.

TDs and Senators and foreign diplomats will gather in the Dáil chamber to hear the historic address by Mr Zelenskyy, who is seeking support from world parliaments.

Mr Zelenskyy’s speech will take place at 10am via live stream.

This is the first time the head of State of a country at war has addressed the Dáil and Seanad. Mr Zelenskyy is expected to use his speech to tell Irish leaders how they can help Ukraine during the Russian invasion.

Mr Zelenskyy may also address comments he made about Ireland at a recent European Council meeting. Last month, he was speaking about the support his country is getting from EU member states when he said: “Ireland – well, almost.” An Taoiseach Micheál Martin and Ukraine’s ambassador to Ireland Larysa Gerasko have both said the comment was misinterpreted.