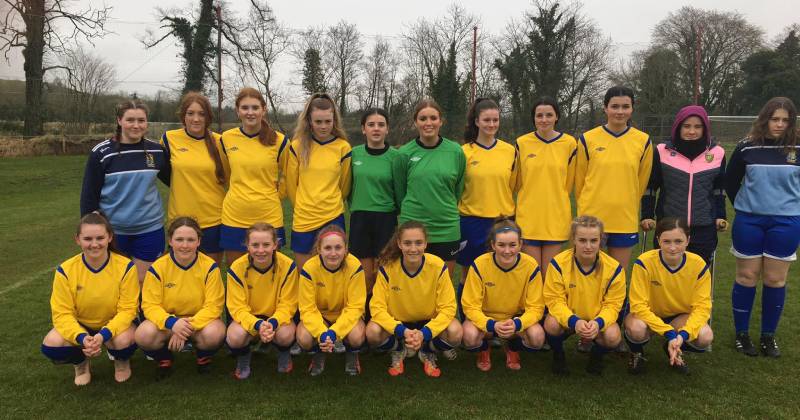 A minutes silence was observed  before kick-off for the late Red Og Murphy, a former student of St. Attracta’s.

St. Attracta’s took an early second half lead thanks to Lauren Normanly and they held their advantage until injury time when Bria McGilloway got on the end of a corner to fire home for the Donegal side.

St. Attracta’s were then reduced to 10 in extra time when goalkeeper Macayla Burke was deemed to handle the ball outside the box.

This gave Scoil Mhuire the impetus to press on and found the winner with minutes to go.

A Keri Loughrey free kick was well saved by substitute ‘keeper Ciara Walsh but Scoil Mhuire were quickest to react and the ball was played back to Keri’s sister Jodie who smashed home to win the game.