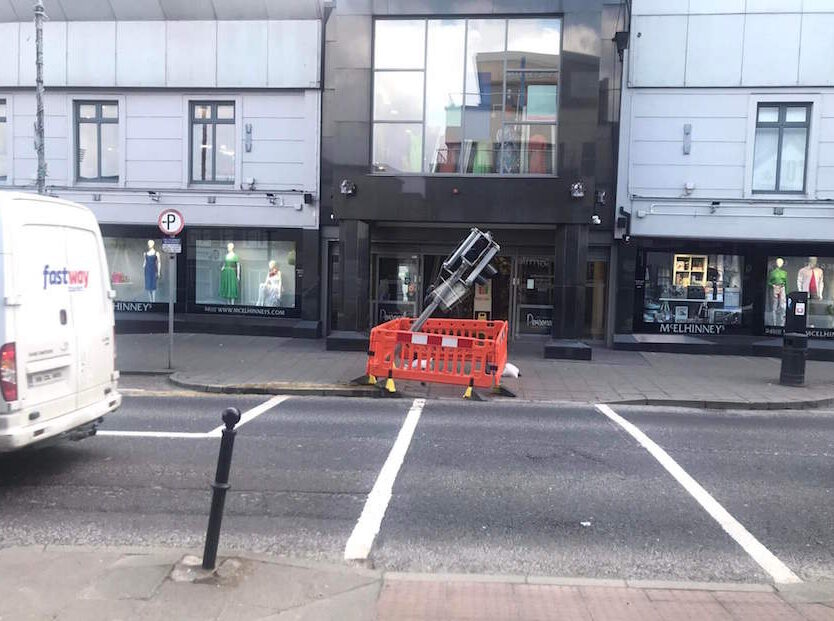 No arrests yet over early morning traffic lights crash

Repairs are expected to be completed next week to traffic lights at a dangerous pedestrian crossing in Ballybofey.

The lights, outside McElhinneys, were badly damaged after being struck by a car in the early hours of Tuesday March 29.

They have been out of operation since and both motorists and pedestrians have been urged to exercise extreme caution there.

“Repairs to the pelican crossing at McElhinneys, Ballybofey, are due to commence on Friday 8th April,” a spokesperson for Donegal County Council told Donegal Daily.

“Additional works are required from the supplier and utility company and it is expected the lights will be operational again early next week. Donegal County Council is following up with the Gardaí in relation to the incident.”

Meanwhile Gardaí have confirmed that they, along with emergency services, attended the scene of the 5:30 am single vehicle crash.

“The driver of the car, a man aged in his 30s, was later taken to Letterkenny General Hospital for treatment of non-life threatening injuries,” a spokesperson for the Garda Press Office said.

The spokesperson added that no arrests have been made ‘at this time.’