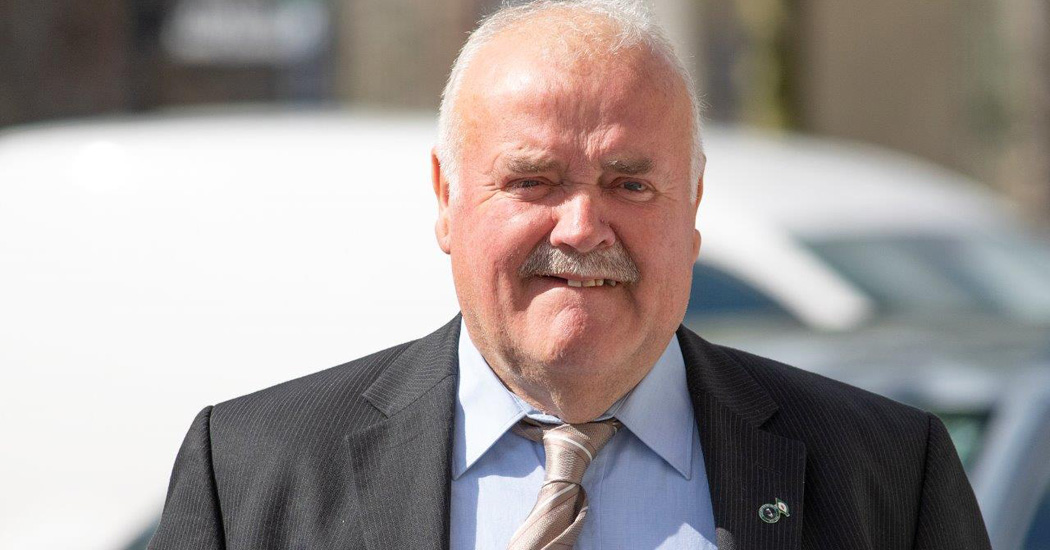 Plight of undocumented Irish in US raised with council

A Donegal County Councillor has called for more to be done to give rights to the thousands of undocumented Irish people in the US.

Bundoran Cllr Michael McMahon says that undocumented migrants are feeling left behind with little progress on policy to allow them to come home.

Cllr McMahon said the pandemic has added to the isolation, with Irish families unable to visit their loved ones in the US due to travel restrictions. The second problem, he said, was that family members were now getting too old to travel.

An estimated 80,000-90,000 Irish immigrants are living undocumented in the US, Cllr McMahon said, with many of them there for almost 30 years.

Cllr McMahon raised a motion with Donegal County Council this week to ask the Department of Foreign Affairs to take a more proactive approach for the undocumented Irish in North America.

“These people left this country through no fault of their own, in the late 80s and early 90s, and got employment in America when they intended to stay maybe four to six months, or maybe 12 months and they have settled down,” Cllr McMahon said.

“They have contributed very much to the local economy in America, whether it be in New York, San Franscico, Chicago, wherever they live.

“Unfortunately they cannot come home, because if they come home they cannot get back in there, that is the crux of the matter.”

Cllr McMahon said he has been campaigning on the issue for many years: “I think in this day and age that people that have been there for so long, that haven’t seen the shores of Ireland in 30 years, well there’s something seriously wrong about that.”

He said there was an opportunity for the government to engage with President Joe Biden on the matter.

“We have the President very close to Ireland, who talks a lot about Ireland I think there is a great time now to have the conversation with him,” he said.

Cllr McMahon added that he would like to see an all-party committee set up to advocate for the undocumented Irish immigrants, as well as an envoy to liaise with migrants.

Donegal County Councillors passed a motion on Wednesday to write to the Department of Foreign Affairs on the matter.

Plight of undocumented Irish in US raised with council was last modified: April 7th, 2022 by Rachel McLaughlin
Facebook0Tweet0LinkedIn0Print0