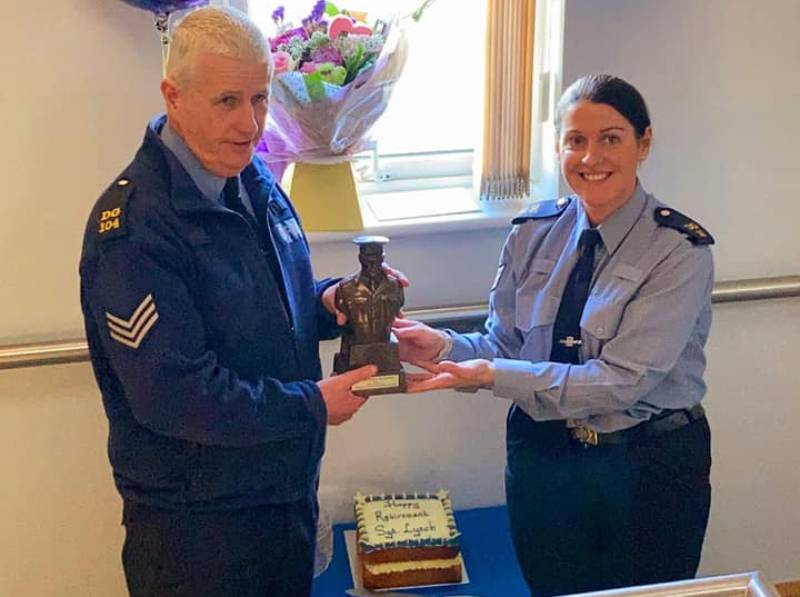 Sergeant Kevin Lynch was given a fond farewell at Ballybofey Garda Station yesterday as he retires after 36 years of service in Donegal.

He has been stationed in Buncrana, Lifford, Letterkenny, Glenties and Ballybofey, earning the respect of his colleagues and the people he policed along the way.

Kevin is a native of Longford and is from fine Cavan lineage.  He played football with Longford Slashers growing up and also League of Ireland Soccer with Longford Town.

In April 1986 Kevin Lynch left the gates of Templemore Garda College and arrived in Donegal and never left and has made his adopted county his own. 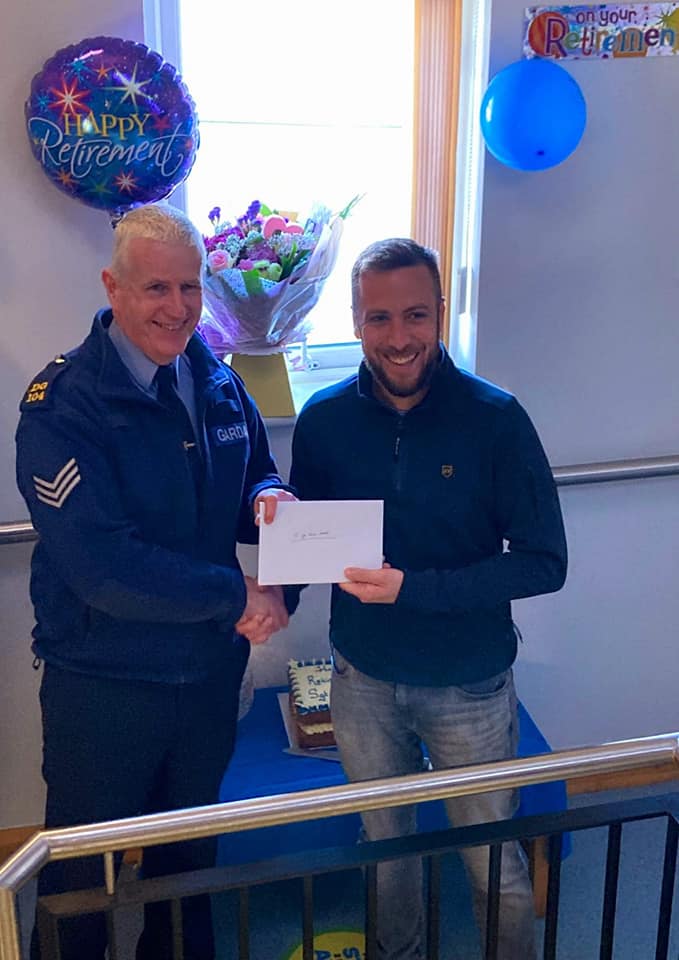 Garda Síochána Donegal posted: “We, within the Donegal Division would like to wish Sergeant Kevin Lynch (Ballybofey Garda Station) a very happy retirement and we hope that he and his family have many years of good health and happiness ahead to look forward to.

“Sergeant Lynch spent his entire 36 years of service within the Donegal Division.

“It has been a pleasure to have worked alongside you Kevin and you will be sorely missed by us all. Enjoy the well deserved rest and don’t be a stranger!”

‘You will be sorely missed’ – Sergeant Lynch retires after 36 years of service in Donegal was last modified: April 9th, 2022 by Dáire Bonnar
Facebook0Tweet0LinkedIn0Print0