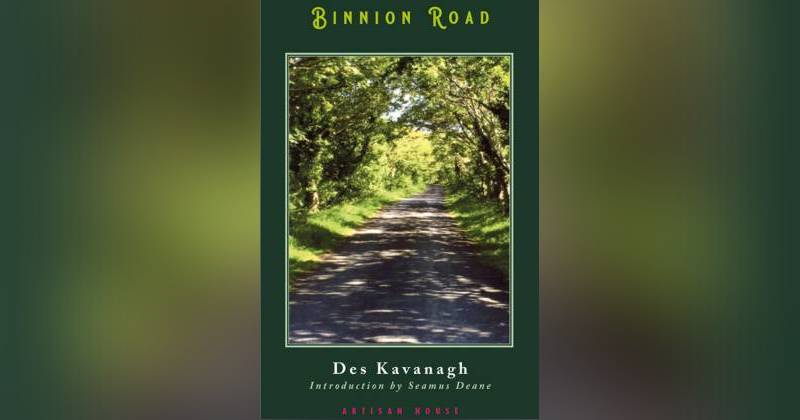 Des Kavanagh, a native of Clonmany, has published his first poetry Collection ‘Binnion Road’ named after the scenic road that connects his home village with the shore.

The collection will be launched by Margaret Farren in Clonmany Community Centre on Easter Sunday at 5.30 p.m. followed by a reading by Des Kavanagh.

There is an eloquent introduction to ‘Binnion Road’ by Seamus Deane, a friend of Des since their schooldays in St. Columb’s College in Derry. Deane sent Des the introduction just months before Deane’s death in May 2021.

In it he says: “Des Kavanagh’s poems are full of the names of people and places he knows or has known well. Names are great familiarisers and Kavanagh’s Ireland is a close and familiar place. But it also bears within it the ache of absence, not just for specific people, but for the world they inhabited, a world that made them and that they also made.

“Kavanagh’s ancestral Inishowen in Donegal, his family, in its old and new generations, often provide the pivot that turns him to the past, although it also allows for glimpses of the future, through children and grandchildren.

Des has retired from his work as an orthodontist and as he says himself: “Since putting down the drill, I have taken up the quill.”

Classmates in St. Columbs’, he retained a close friendship over a lifetime with Seamus Heaney as well as Seamus Deane, and their influences were probably a subconscious encouragement to him to write in his later years. In his introduction, Seamus Deane remarks about the writing: ‘we can sense in these poems the charismatic presence of Heaney whose influence is palpable throughout-contemplative, charged, observant.’

In the poem Milk Trail, the boy walked to McCarron’s farm to collect milk, ‘Up past the graveyard/with its rusting gates/along the winding lane….’.