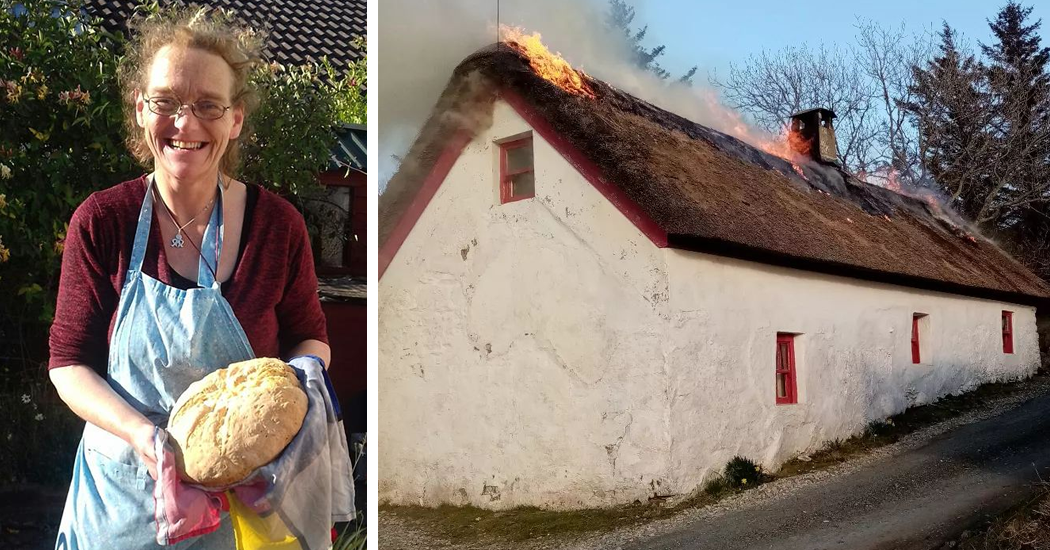 Music to our ears as fundraiser launched to support Breezy Kelly

Musicians across Donegal have come together to host a fundraiser in a bid to rebuild one of Donegal’s best-known ‘open houses’ which was destroyed in a recent fire.

The cottage in Glenties, known locally as The Fiddlers Rest, went up in flames recently with resident Breezy Kelly lucky to escape unhurt.

This fundraiser music session, open to musicians, singers, dancers and anyone who would like to support this cause, will run for 24 hours.

The fundraiser, ‘Shoe the Donk-a-thon’ will open and close with the familiar dance tune that the event title refers to, however there will be a variety of tunes and songs played across the 24 hour session.

Breezy Kelly, who is well-known nationally for her ‘Bake Bread for Peace’ campaign and ‘Raking the Ashes’ events had been residing in a cottage in the Gortnasillagh area of Glenties, when it went up in flames on Saturday 20 March.

The pre-famine cottage belongs to the singer-songwriter Tommy Sands from Co. Down.

Organisers say a huge community effort in now underway to raise funds for Breezy, and her cat Tiddles, who were lucky to escape the fire unscathed, but sadly the cottage and all of Breezy’s belongings, have been destroyed.

Fiddle-player Denise Boyle from Glenties is one of the event organisers. 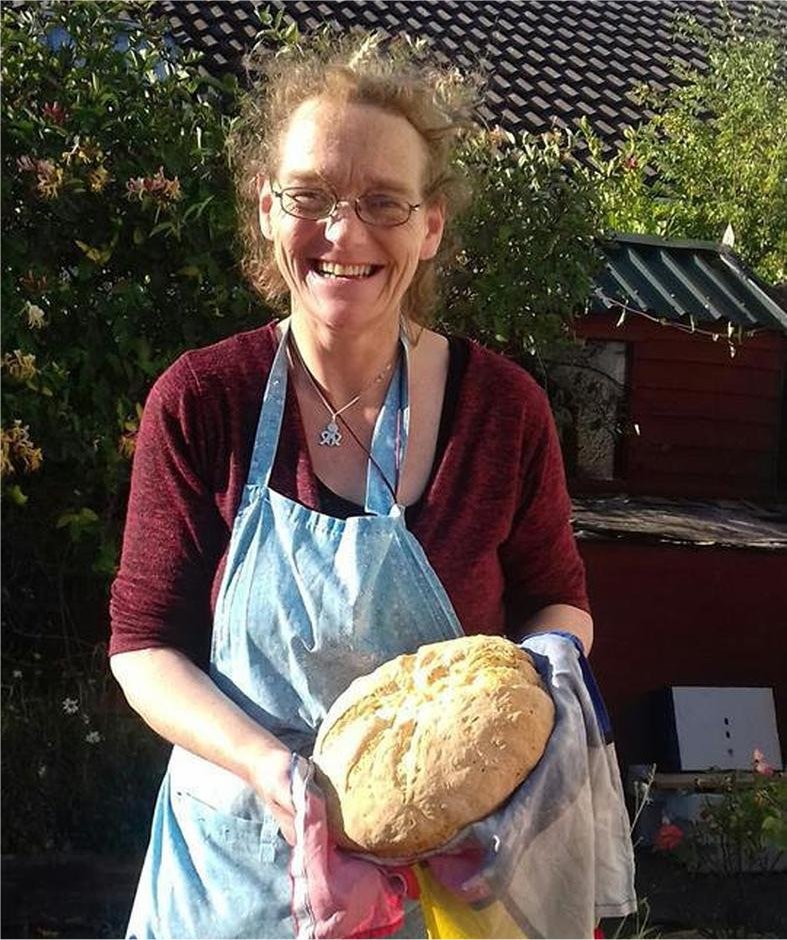 Speaking ahead of the marathon music session, Denise explained, ‘Breezy Willows is a well-known and much-loved member of our community. We are devastated for her recent loss, and we want to raise funds to help Breezy re-build the thatch cottage that was destroyed by fire a few weeks ago. In 2004 we organised a very successful 24 hour music session, of the same name.

“It doesn’t matter if the only tune you can play is ‘Shoe the Donkey’ or indeed if you can play anything at all. This is about people coming together, raising money for a good cause, and celebrating our musical culture. Breezy is a great supporter of music in the Glenties and Ardara areas, and this seems a very fitting way to raise some funds.’

Singer Tommy Sands, owner of the thatch cottage where Breezy had been living, and which was destroyed by the fire, spoke in advance of the fundraiser.

He said “I cannot find the words to express the thanks and sincere gratitude to the community around Glenties and much further afield for the kindness and interest in helping to resurrect this thatched Cottage which Breezy had made a home.

“Breezy, a dear friend for many years needed an isolation place during Covid and so moved into the cottage. Unfortunately through a spark from the chimney the cottage went on fire. Thank God no one was hurt.

“I feared we’d never be able to rebuild the cottage, then Breezy rang to say Alan McHugh was starting a Gofundme page, Denise was holding a “Shoe-the-donk-a-thon” in the Highlands Hotel and neighbours were sending words of encouragement and help. If enough money is gathered the house will be rebuilt and if it isn’t then the money will be donated to a Homeless Charity.

“If the cottage is re-built it will be dedicated to the vision of an open door to honour the traditions of Donegal that turns away no one with a kind heart without a cup of tea or a scone. And if at all possible Breezy will be the one who makes the scones.’

The 24 hour session will culminate on Tuesday 19th of April at 6pm in The Highland’s Hotel. Volunteers will collect donations at the Shoe the Donk-a-thon or else you can donate here https://gofund.me/c5bb9ed8

Music to our ears as fundraiser launched to support Breezy Kelly was last modified: April 12th, 2022 by Staff Writer
Facebook0Tweet0LinkedIn0Print0