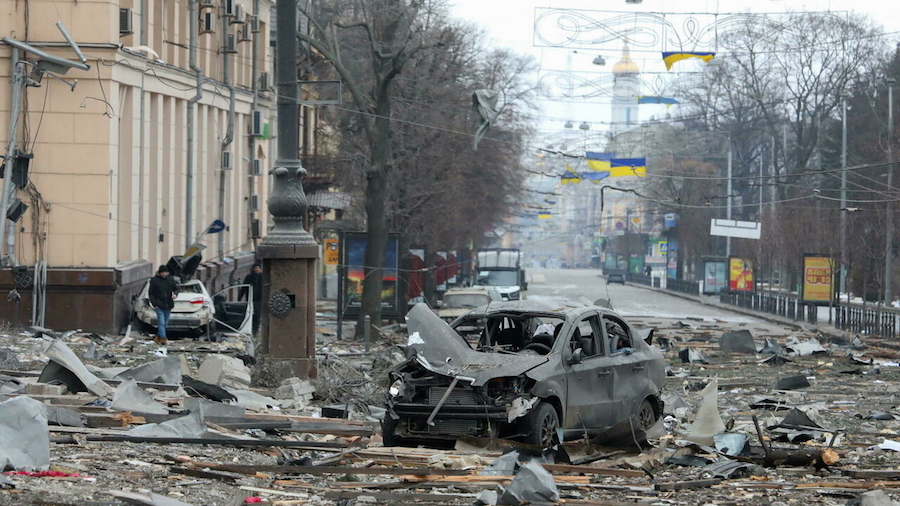 Ukraine: Another atrocity as dozens of civilian bodies found in ditch

Another horror has been unearthed in Ukaine as a grave with dozens of civilians was found in Buzova village near Kyiv.

It follows the bombing of a busy train station in Kramatorsk last Friday which left 52 innocent people killed.

Taras Didych, head of the local Dmytrivka community, said the bodies were found in a ditch near a petrol station. He said the number of dead had yet to be confirmed.

The mounting murders of innocent civilians has sparked international condemnation of the Putin regime.

The British Prime Minister Boris Johnston paid a surprise visit to Kiev yesterday and promised a £100M package of support to the Ukrainian people.

The head of the International Committee of the Red Cross (ICRC) in Ukraine said he has not seen such suffering anywhere else.

Pascal Hundt told Sky News: “Today we were in Chernihiv, north of the country and we see basically the same image everywhere and this is truly appalling and heart-breaking.

“We are discussing with the people there, we find people in total despair with no food, no electricity, no water, no heating system, they have to go out in the streets to make some fire and cook – these people were living in in horrible conditions.

“The level of suffering that we are seeing is just immense and I don’t recall having seen that in recent history.”

Ukraine: Another atrocity as dozens of civilian bodies found in ditch was last modified: April 10th, 2022 by Staff Writer
Facebook0Tweet0LinkedIn0Print0