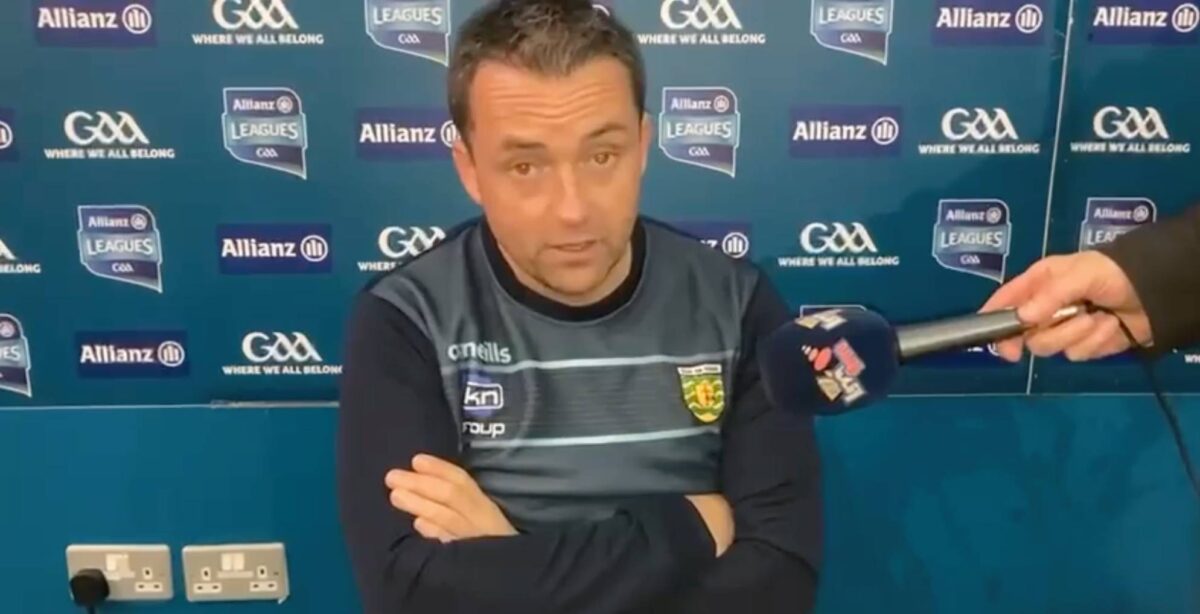 Donegal Ladies manager Maxi Curran says his side will be left ‘kicking ourselves’ after they lost the National Football League Division 1 Final to Meath.

Donegal hit double digits on wides and kicks dropping short in the 2-8 to 1-9 loss at Croke Park.

Curran said: “When we watch it back we’ll be kicking ourselves because we had plenty of chances.

“We have the potential to cut teams open but it happens a bit too infrequently.”

Curran commended his players efforts to come back from 1-6 to 0-2 down and go ahead but felt they could have kicked on from that position.

He added: “There was a period 10 minutes before half-time and 10 minutes after where we were in a really good place and going well and that’s the time we should have tagged on a couple more scores.”

“We had a chance when we were a point up to go four up and thats would’ve made it very interesting but it wasn’t to be.

Hats off to the girls for a serious effort and they put a massive shift in, they never stopped trying towards the end and they’re to be commended for that.”