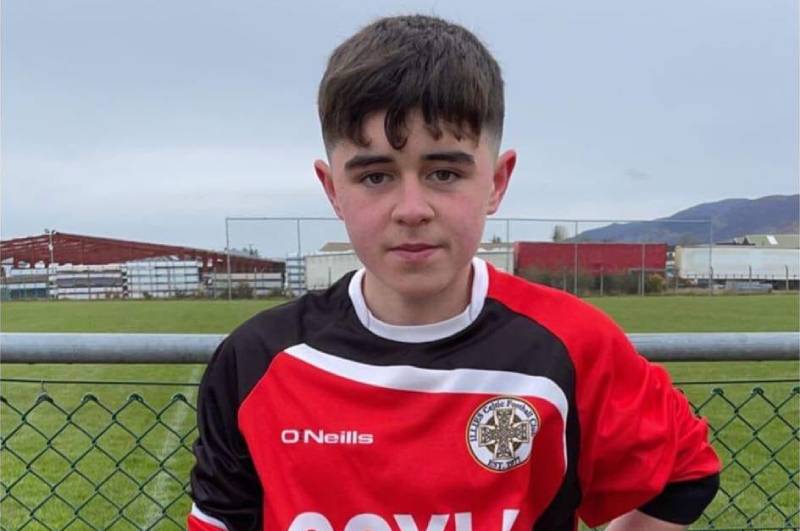 Fifteen year old Oran Doherty made his senior debut for Illies Celtic reserves at the weekend.

The Scoil Mhuire Buncrana student was involved for the Illies side but were defeated 3-2 by Cockhill Celtic reserves.

Cockhill also had a young debutant as Daragh O’Donnell made his first start in goals for the reserve side.

Cockhill started their final home game of the season on the front foot and deservedly took the lead on 15 minutes when Luke Bradley was picked out at the back post by Connor Graham and Luke made no mistake, finishing first time past Graham Doherty low to the keepers right.

Cockhill continued to press and made it two nil just before half time when Cockhill’s full back Connor McDaid burst forward and his run was picked out by Mark Gillespie.  Connor’s first time effort was well saved by Graham Doherty but he was on hand to slide home the rebound.

Illies came out strong in the second half, pinning Cockhill back but Darragh O’Donnell held firm under pressure. It took Cockhill until midway through the second half to regain some control in the match and extended their lead after good work by Mason McDaid down the right, his cross was flicked on by Sean Bradley and Jay Bradley was sharply on it to slot  home from  six yards.

Illies set up a tense finish when Ronan Hegarty found space in the box from a corner rifling high into the roof of the net to give Illies hope with five minutes left. Deep into injury time Ronan Hegarty pulled another one back for Illies with a strong header at the back post from a deep free kick but Cockhill saw out the game for a hard earned win .