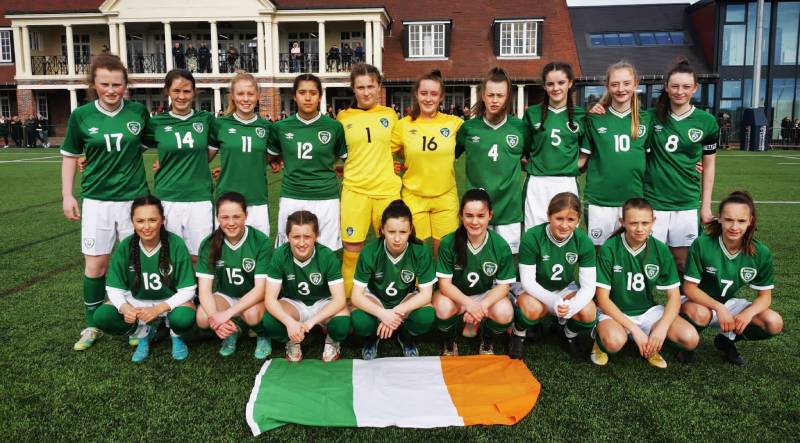 Orlaith Doherty was on target for the Republic of Ireland under-15s against England in their opening Bob Docherty Cup game.

The Drumkeen woman scored the opening goal as Ireland ran out 4-1 winners at Cochrane Park in Newcastle University.

Richard Berkeley’s side took the lead from a Kiera Sena corner kick, which had been proving dangerous in the opening quarter.

Sena’s corner was headed down and Doherty, a student at St. Columba’s College Stranorlar, reacted quickest to toe poke the ball into the net from a couple of yards out.

Ireland doubled their lead in the second half from another corner, Lauryn McCabe this time was the provider and after the ball fell to Chloe Wallace, she volleyed the ball past the England goalkeeper.

Hannah Healy made it 3-0 minutes later as she pressed the England defence into an error before going through on goal and finished past the England keeper.

Niamh Boothroyd gave England a bit of hope to make it 3-1 on the hour mark but Emily Fitzgerald made it 4-1 minutes later to seal the victory.

Cache Crumlish from Carndonagh is also a member of the Ireland squad.

Ireland will face Northern Ireland in their other group game tomorrow as they look to make the final.