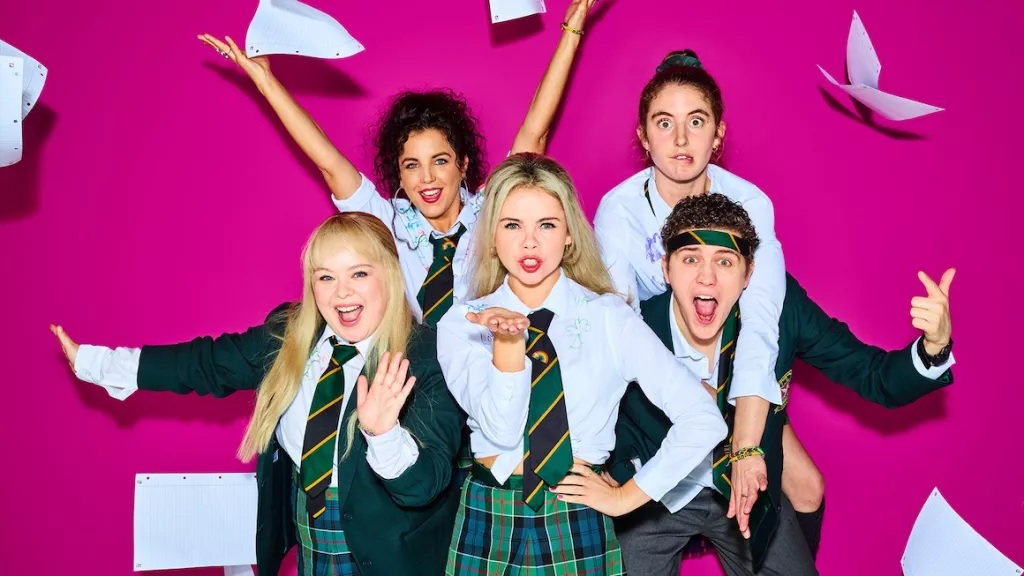 Derry Girls viewers will be getting a glimpse of some Donegal tourism gems throughout the highly-anticipated third series, which kicks off tonight.

The wait is over, as Channel 4’s smash hit comedy Derry Girls returns to screens today (12 April), for the third and final series. With each episode set to reach a huge audience of TV viewers across Britain, Tourism Ireland will sponsor the highly anticipated final instalment of the show.

Tourism Ireland wanted to find an authentic way to connect with viewers, so the short videos have been created with the show’s humour very much in mind and have adopted the style of a school project, filmed using a 1990’s camcorder and voiced by two ‘classmates’ of the main Derry Girls characters.

Julie Wakley, Tourism Ireland’s Head of Great Britain, said: “Tourism Ireland is delighted to work with Channel 4 and the Derry Girls’ producers to sponsor the highly anticipated final six-part series. With a huge audience of TV viewers across Great Britain set to watch each episode, it’s a superb opportunity for us to shine a spotlight on our historic sites and spectacular scenery. Derry Girls has really resonated with people everywhere and our short videos will encourage viewers in Great Britain to come and discover Derry, the Causeway Coast and the North-West for themselves.

“Our aim is to remind potential holidaymakers that the island of Ireland offers the warmest of welcomes and great fun, as well as wonderful scenery and heritage. Our message is that we are open for business again and cannot wait to welcome back visitors from Great Britain. We’re telling them that a warm welcome awaits when they travel here, despite the disruption of the last couple of years.”

Rupinder Downie, Brand Partnerships Leader, Channel 4, said: “We are delighted to have Tourism Ireland as the sponsor for the highly anticipated third and final series of Derry Girls. With Tourism Ireland and Derry Girls both celebrating the delights of the city, it’s a perfectly suited partnership to shine a light on the region.”