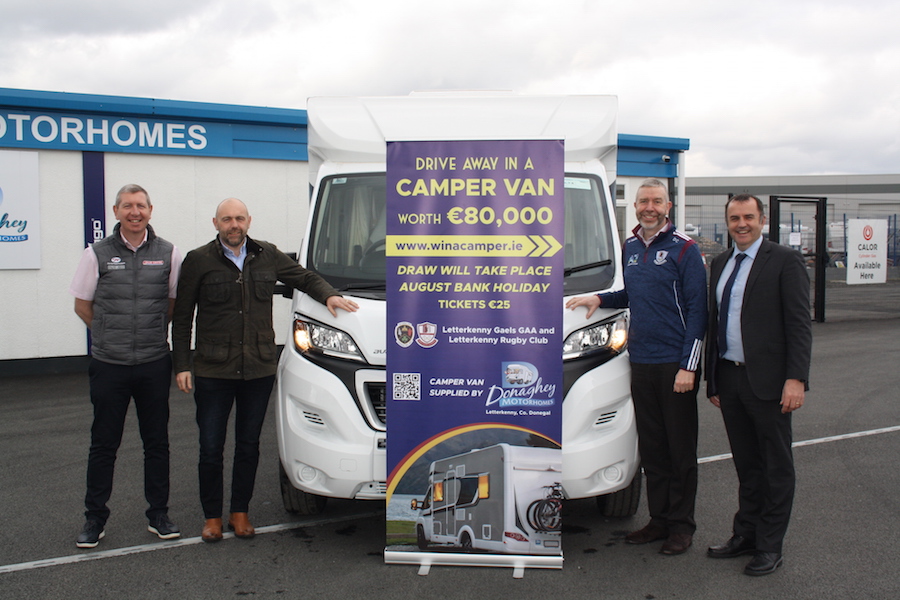 Each club has their own playing field and clubroom and they operate a shared access arrangement to the training field, dressing rooms and other facilities.

This unique arrangement works extremely well as the Rugby season runs through the winter months and Football and Hurling are played largely during the summer months.

Both clubs have experienced unprecedented growth in the number of young boys and girls playing both Gaelic games and Rugby over the last number of years. There is a need to expand and upgrade the facilities at the Glebe to support the expansion of both clubs. The Camper Van Draw will help raise much needed funds to support these expansion plans.

On Saturday chairpersons Danny Cahill and Andrew Stewart jointly launched the “WIN A CAMPER” draw at a barbecue at the clubhouse on Thorn Road, Glebe, Letterkenny. 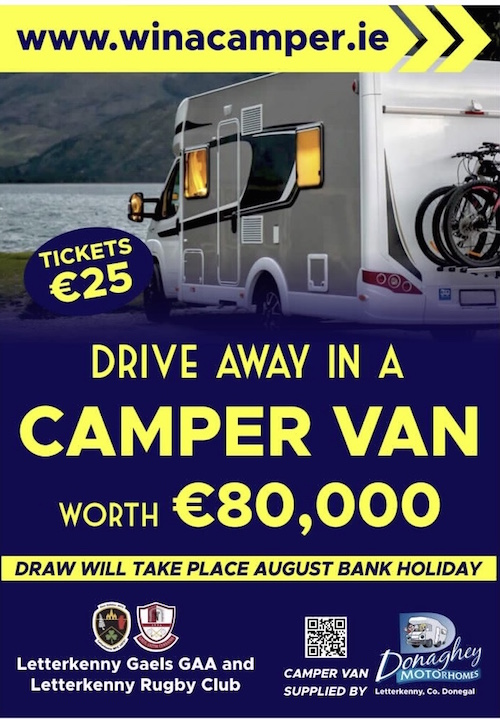 Danny Cahill, chairperson of Letterkenny Gaels said “We are delighted to team up with the Rugby Club in this major fundraising initiative”. “We have had a very good working relationship over the years and we are joining forces again to help raise funds for both clubs”. “Running a nationwide ONLINE draw of this size is a first for both clubs so coming together and doing a joint effort made perfect sense”.

Andrew Stewart, chairperson of the Letterkenny Rugby Club said “The arrangements and relationship that we have here at the Glebe is very unique”.

“I’m not aware of another of its kind in the country”. “Running the Camper Van Draw is an example of how we can both work together for the benefit of both clubs”. “We are asking people to support the draw by buying a ticket for an excellent prize worth €80,000”.

Letterkenny Gaels GAA Club and Letterkenny Rugby Club have teamed up with Donaghey Motor Homes to provide a top of the range camper van worth €80,000 as the top prize. Tickets are €25 each and are on sale OFFLINE from members of both clubs or ONLINE on the website www.winacamper.ie

The draw is scheduled to take place on the August Bank Holiday weekend.