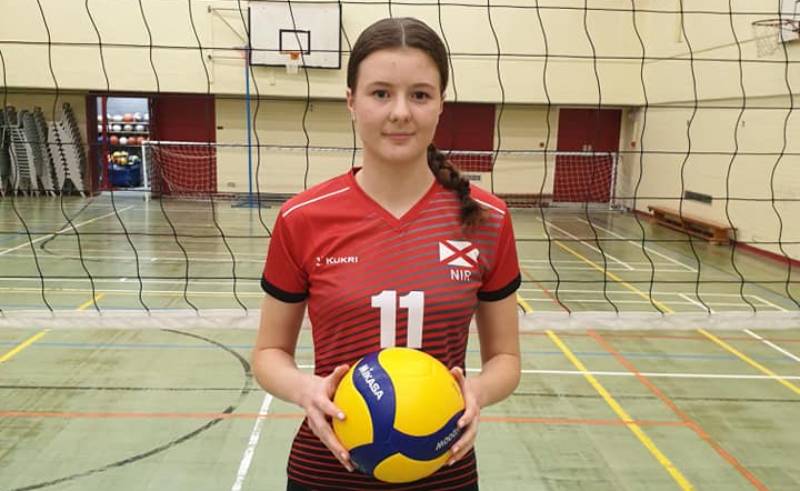 Bronze for Tara Mooney and NI at the SCA Volleyball Championships

Tara Mooney was a member of the Northern Ireland Under-19 team who won bronze at the SCA Volleyball Championships in Luxembourg.

Tara, who plays with the NorthWest Volleyball Club based in Castlefinn, travelled with her team to compete in the Small Countries Association Championships at the iconic d’Coque in Luxembourg City.

Northern Ireland finished third with a 2-2 record after the single round robin format featuring five teams.

They lost to Luxembourg and Ireland who finished 1st and 2nd respectively, while they secured the bronze by defeating Malta and Gibraltar.

Tara is a student at the Royal and Prior in Raphoe and got involved in volleyball just last year after playing on the beach before she joined the Castlefinn based club. She was then selected to join a NI development team after her team won a tournament and she was just recently selected into the Under-19’s team.

Bronze for Tara Mooney and NI at the SCA Volleyball Championships was last modified: April 13th, 2022 by Dáire Bonnar
Facebook0Tweet0LinkedIn0Print0