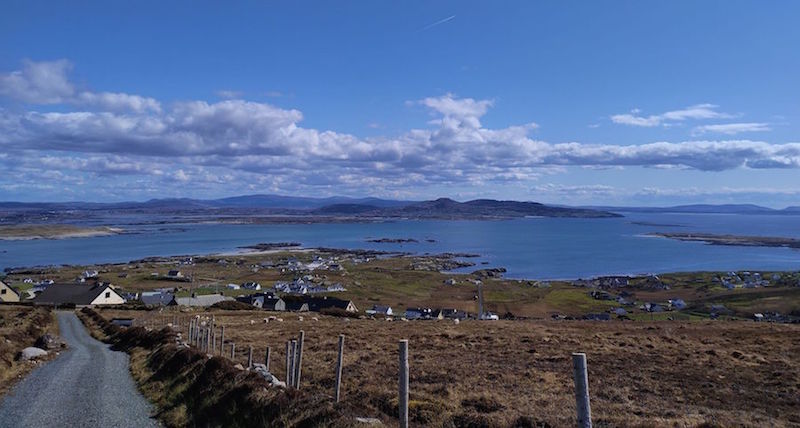 Preparatory work on 14 roads across Donegal’s islands has started following an allocation of more than €2M to improve the network.

Donegal County Council Roads Area Manager, Brendan McFadden, briefed committee members at the Glenties Municipal District Committee on the work that was underway for improvements to non-county island roads for 2022.

Tenders have been issued and are expected back in the coming weeks.

The condition of non-county roads on Donegal’s Offshore Islands has been the focus of attention for a number of years now.

With support and collaboration between the Island Representatives, Elected Members and Officials from the Department of Rural and Community Development, Donegal County Council developed and adopted a Policy for Island Roads during 2021.

The thrust of this Policy was to allow non-county island roads, that were being used by the public, to be taken in charge by the Council after the Department agreed to fully fund resurfacing works prior to the roads being taken over.

Department officials and Council staff engaged early in 2022 to identify roads that were eligible under new Policy culminating in an announcement on 9th March of €2.09 million in funding. This will allow for repair of 14 non-county roads which will bring huge benefits to both locals and tourists visiting our Islands.

Cllr John Shéamais Ó Fearraigh who is a member of the Roads and Transportation Strategic Policy Committee (SPC) and who chaired the SPC sub-group that developed the Council’s Island Roads Policy welcomed the progress.

He noted that “The new funding was a great result for our offshore islands and is a good example of the different arms of the Council working together.

“The issue was first raised at Coiste na nOileán meetings, supported by the Glenties Municipal District Committee and was referred to the Roads SPC through the Council’s Corporate Policy Group.

“The SPC developed a policy that was subsequently adopted by the full Council which has now delivered €2.09m in funding for our lslands and hopefully this will continue in future years.”