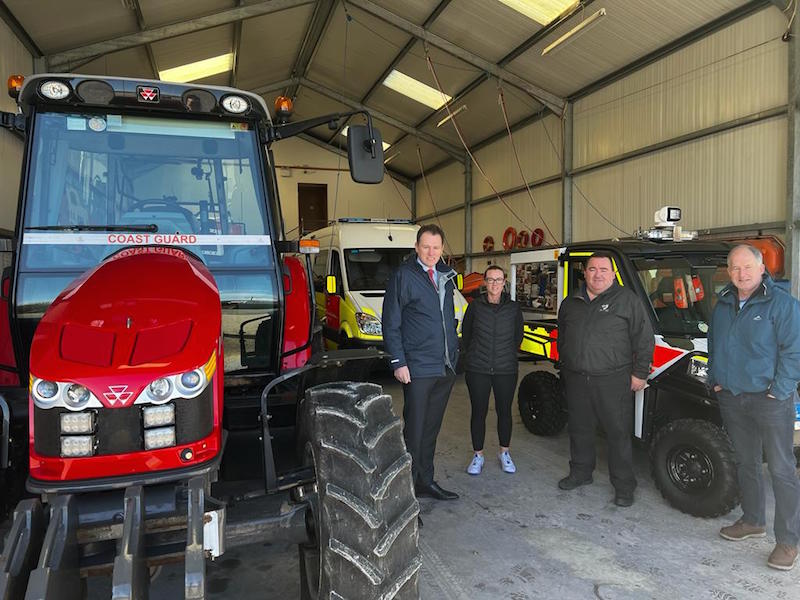 Pontoon project and pier upgrade at Meevagh on schedule

Essential works and upgrading of Meevagh Pier are on schedule.

Minister for Agriculture, Food and the Marine Charlie McConalogue, recently met with the Coastguard at Meevagh together with local councillor Liam Blaney.

The purpose of the meeting was to discuss ongoing works on the pontoon project for which funding was announced by the Minister in 2021 and to discuss plans to future-proof the pier.

The Minister viewed the pier and the Coastguard base at Meevagh where he was given an overview of the important work carried out by the Coastguard.

He then met with the Meevagh Boatyard team which is currently working on the Arranmore Ferry to prepare it for the new season.

Minister McConalogue said “The Coastguard team at Meevagh do essential and courageous work for the community and it was an honour to meet the team and to discuss their ongoing work and their suggestions to future-proof the pier at Meevagh. 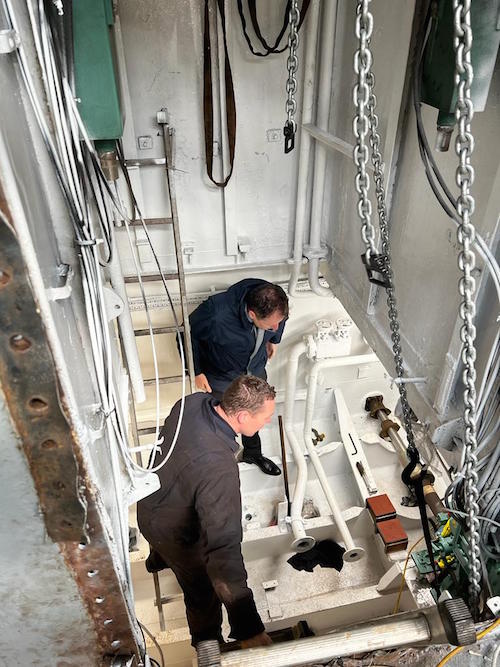 “I was delighted to secure €150k last year for pontoons at the pier. It was great to meet with the Meevagh Boatyard team again too and to see first hand their current work on the Arranmore Ferry which is an integral amenity for the island community.”

Cllr Blaney said it was good to meet with representatives of the Coastguard at their base beside Meevagh and to see first hand the challenges they encounter.

He added “It reinforces the urgency in working on a new slipway which would also benefit leisure users.” 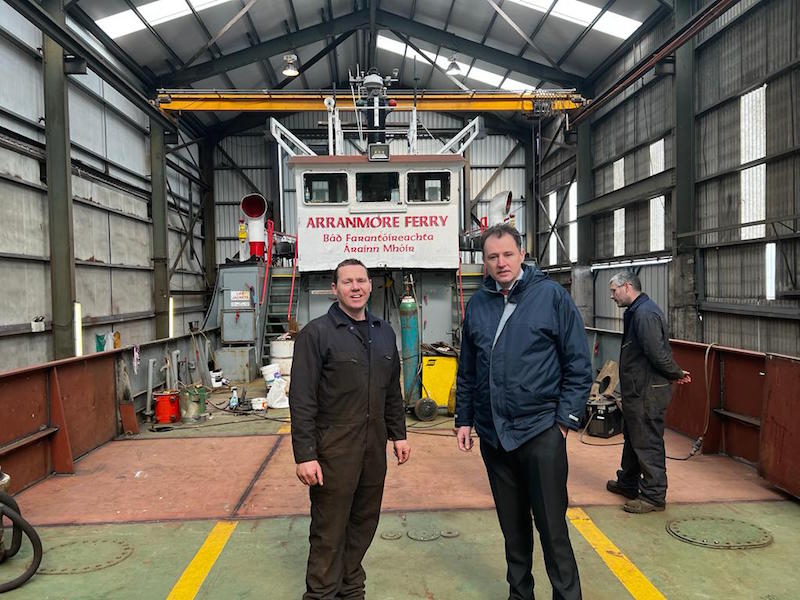