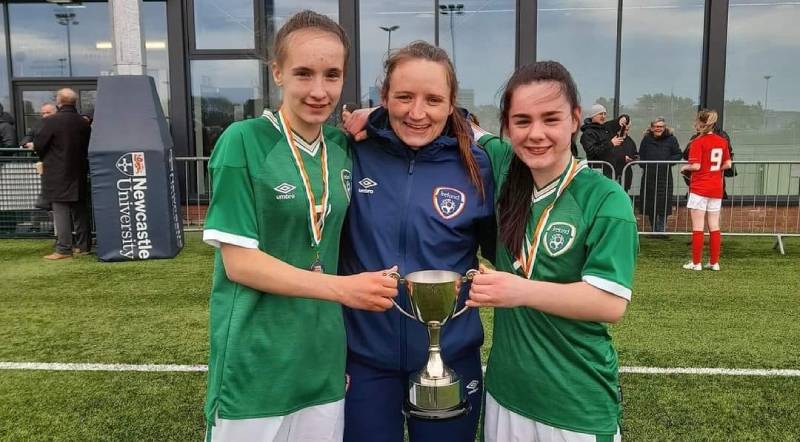 It’s three in a row for Ireland in winning the Bob Docherty Cup, winning in 2018 and 2019 and due to Covid-19 the competition didn’t take place the last two years.

The girls won both group games, beating England 4-1 and Northern Ireland 4-3 before a tightly contested final against Scotland in which they won 1-0 at Cochrane Park, Newcastle.

Drumkeen native Doherty, who is a student at St. Columba’s Stranorlar, opened the scoring in the competition against England, in which Ireland won the John Read Trophy, and was rewarded with a start in the final.

Crumlish, who attends Carndonagh Community School, started against Northern Ireland and her performance made Richard Berkeley give her the nod to start in the final as well.

Kaneshia McKinney, a teacher at Scoil Mhuire, Buncrana, was a member of Berkeley’s coaching staff during the competition.

The only goal of the final game was scored by captain Hannah Healy, who headed home a Kiera Sena free-kick.