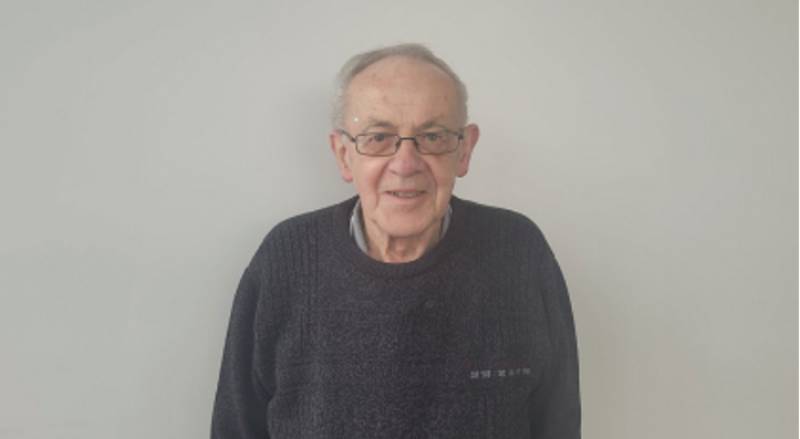 One of the most esteemed directors at Donegal Town Credit Union, Patrick Keeney, has decided to offer his resignation at the next AGM.

Patrick has dedicated over 47 years to the Credit Union, and this has been purely driven by his own personal mission statement “that everyone needs to give back” to maintain balance in our world.

Patrick has volunteered in other local organisations and when trying to identify what the key requirements are for any volunteer, there few who could dispute the empathy and discretion are necessary, both of which Patrick has in abundance.

His long voluntary association with the Credit Union has culminated in the new building at Miller’s Hill, steady employment for many local Donegal residents and a wealth of knowledge that no Google will ever replace!

Thankfully, this history has been recorded and such is his willingness to share and help employees, volunteers, and members alike, his dedication to all has not waned in those 47 years!

If there is ever a query in our daily work, we reassure ourselves with “what would Patrick Keeney do” and are satisfied that the best interest of both the Credit Union and Member has been reached, as he has passed on his knowledge and truly embodies what volunteering is all about.

What has been the 3 most significant changes that you have witnessed at the Credit Union in the past 47 years?

Without any hesitation, Patrick is quick to point out that, the investment in computers have advanced the Credit Union operations and created the biggest change here.

As with any change, he too had to embrace technology and will regularly produce reports required for Board meetings.  He tells me that “back in the late ‘80’s when the Credit Union moved from Eske Terrace to Tirchonnail Street, the total assets at that time were IR£54k – by September 1992, Sam Maguire had come to Donegal and the Credit Union had successfully deployed a new computer system!

This investment fostered a steady growth pattern with assets sitting at IR£865k by year end.  “This was revolutionary in that we could provide a Statement to our members showing all transactions and interest”, something that could only have been done manually prior to this investment.

Following on from above, the second biggest change has been the level of communication to and from the member base.   Originally when the Credit Union started, transactions were simple exchanges of requests and payments, now with the growth of technology, members can opt to pay by Direct Debits, Standing Orders, Online App, and “we produce booklets annually to let our members see the development in their Credit Union, after all each member is a shareholder and that is an important factor”.

However, Patrick is keen to emphasise that the ethos has not changed, “we are here to help our members, we must listen to what it is they want and most importantly the member must know that their troubles can be solved at Donegal Town Credit Union, they must always keep the communication channels open”