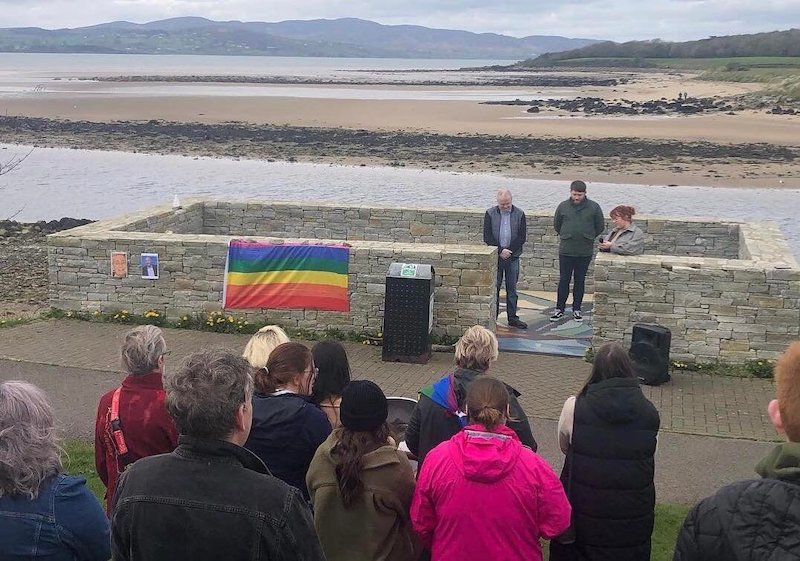 There was a large turnout in Buncrana this afternoon for a vigil in memory of Aidan Moffitt and Michael Snee who were murdered in Sligo.

22-year-old Yousef Palani has been charged with the murders of both men which are believed to have been homophobic hate attacks.

The vigil, organised by local woman Bridgeen Doherty, took place at the Amazing Grace Viewing Point on the town’s shorefront. 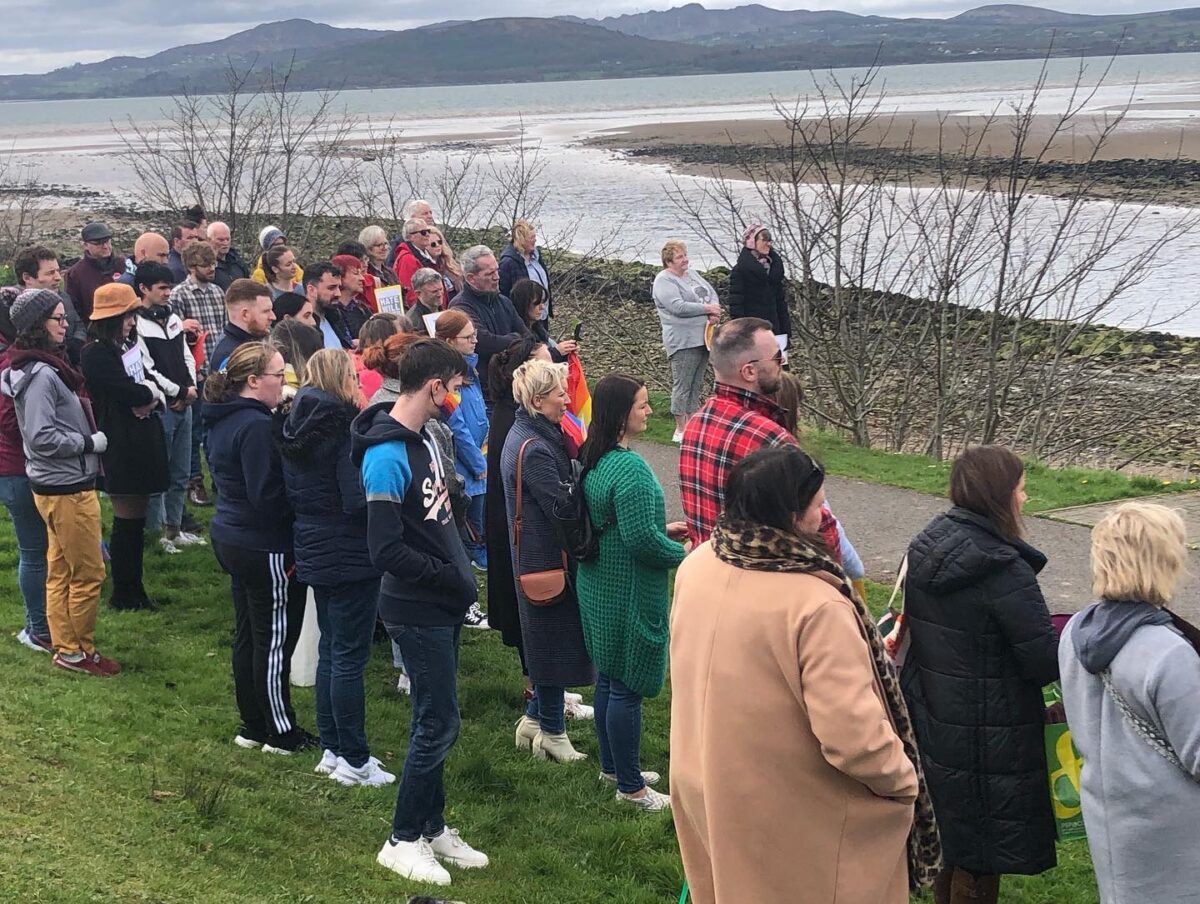 A section of the large crowd that attended today’s vigil.

Those in attendance brought flags and posters.

Speaking after the event, local Sinn Fein TD, Padraig MacLochlainn, said it was an emotional occasion.

“This was organised to show solidarity with the family and friends of Aidan Moffitt and Michael Snee and with our LGBTQ community at the Buncrana vigil today. Love will always overcome hate,” he said.