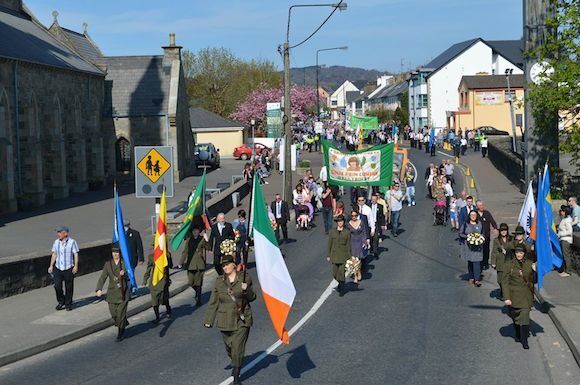 Republicans to gather in Stranorlar for Easter Commemoration

According to organisers this will be an opportunity for republicans once again to gather together to remember those republican revolutionaries who, in 1916 took on the might of the British empire and asserted Ireland’s right to independence.

A spokesperson said “We will also honour those who died in the cause of Irish freedom in every decade before and since 1916.

“Irish Unity is moving ever closer so we would encourage as many people possible to join in the commemoration, to celebrate 1916 and promote the ideal of Irish unity and independence.”

Participants are encouraged to wear their Easter Lily with pride.

“It is not only a symbol of remembrance of our patriot dead but also of our enduring commitment to the cause for which they gave their lives and also a promise of a brighter future. All are welcome at the commemoration. Bígí linn,” added the spokesperson.