Finn Harps were left to rue missed chances after they suffered a 1-0 defeat at the hands of Sligo Rovers at Finn Park.

Sligo took the lead through ex-Finn Harps man Karl O’Sullivan after Regan Donelon’s clearance was blocked and O’Sullivan, who spent two seasons at Finn Park, got the last touch.

Harps dominated the second half, with Mark Timlin and Luke Rudden having big chances as Sligo defended brilliantly, with Donegal man Shane Blaney at the heart of the Bit O’Red’s defence. 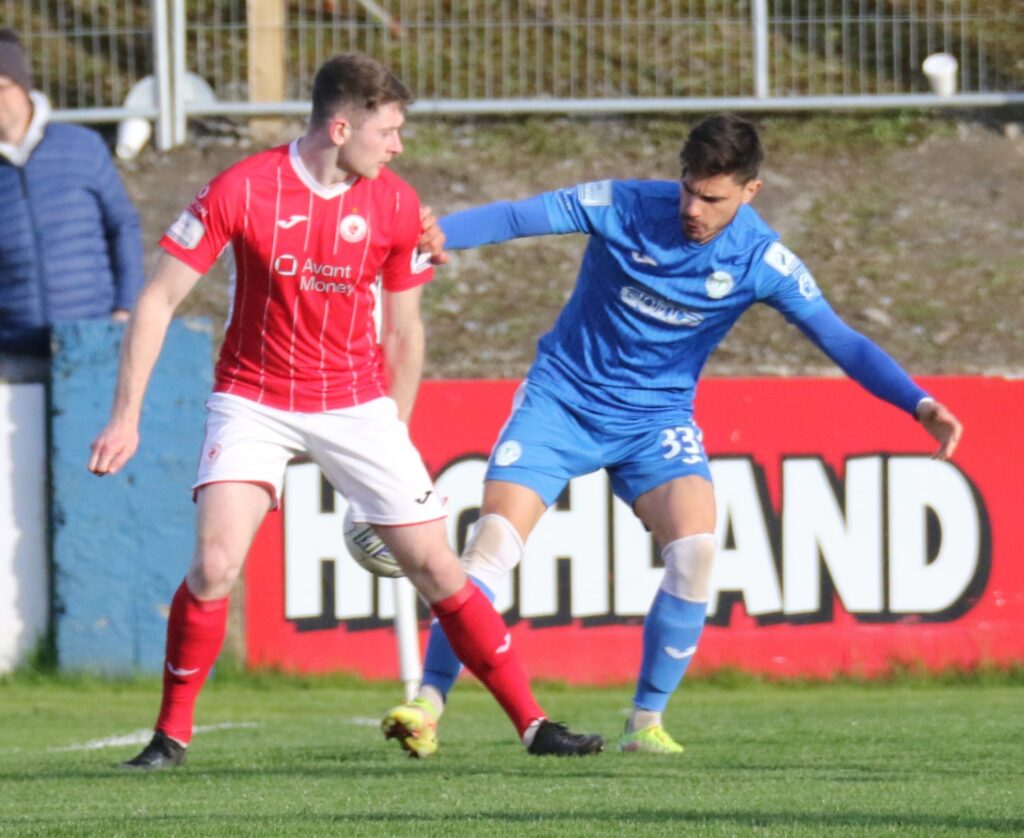 Both teams went into the game looking for a win which were hard to come by in recent weeks.

Liam Buckleys side were without a win in five games before coming to Finn Park, including three losses.

Harps were winless in four after their last minute equaliser at Dalymount Park on Friday.

The game had a fiery start as David Cawley was booked after three minutes for his second foul of the game, but chances were limited. 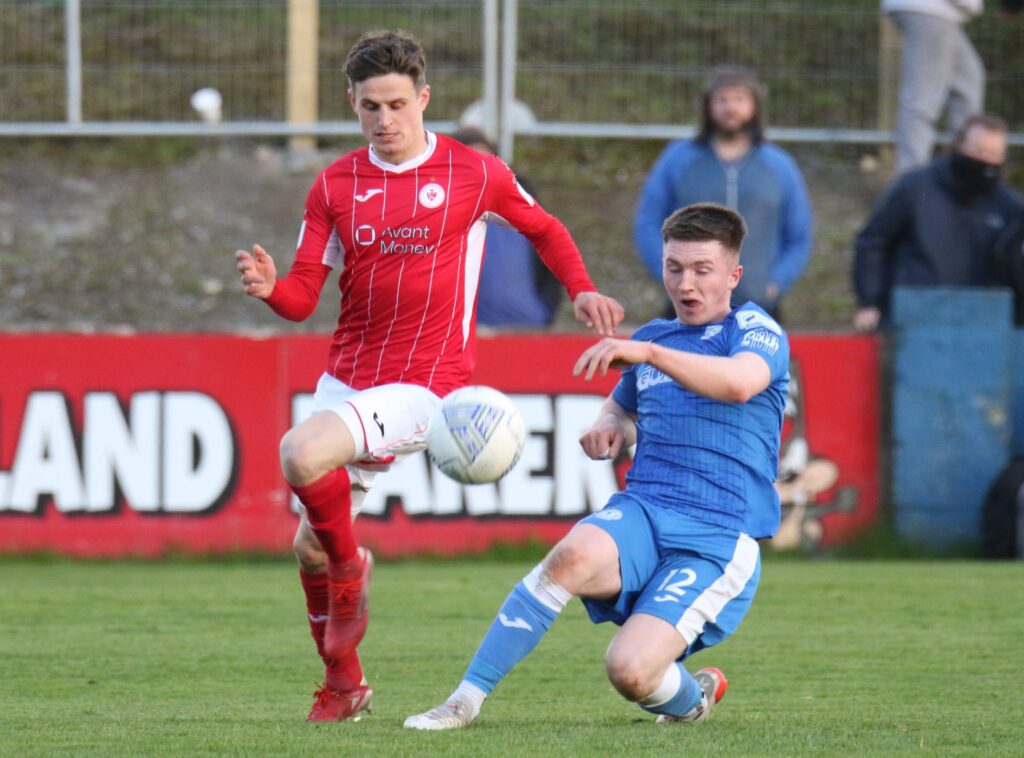 Mark Anthony McGinley was first tested when he made a brilliant double save after Cawley played in Mark Byrne.

Byrne was in 1-on-1 nut McGinley was equal to the shot and Max Matas low rebound was also kept out by the Harps number one.

Harps suffered an early set back as Ryan Connolly was taken off injured.

Sligo Rovers took the lead as they countered from a Finn Harps corner and Cawley chipped the ball over McGinley but Regan Donelon got back on the line to clear. 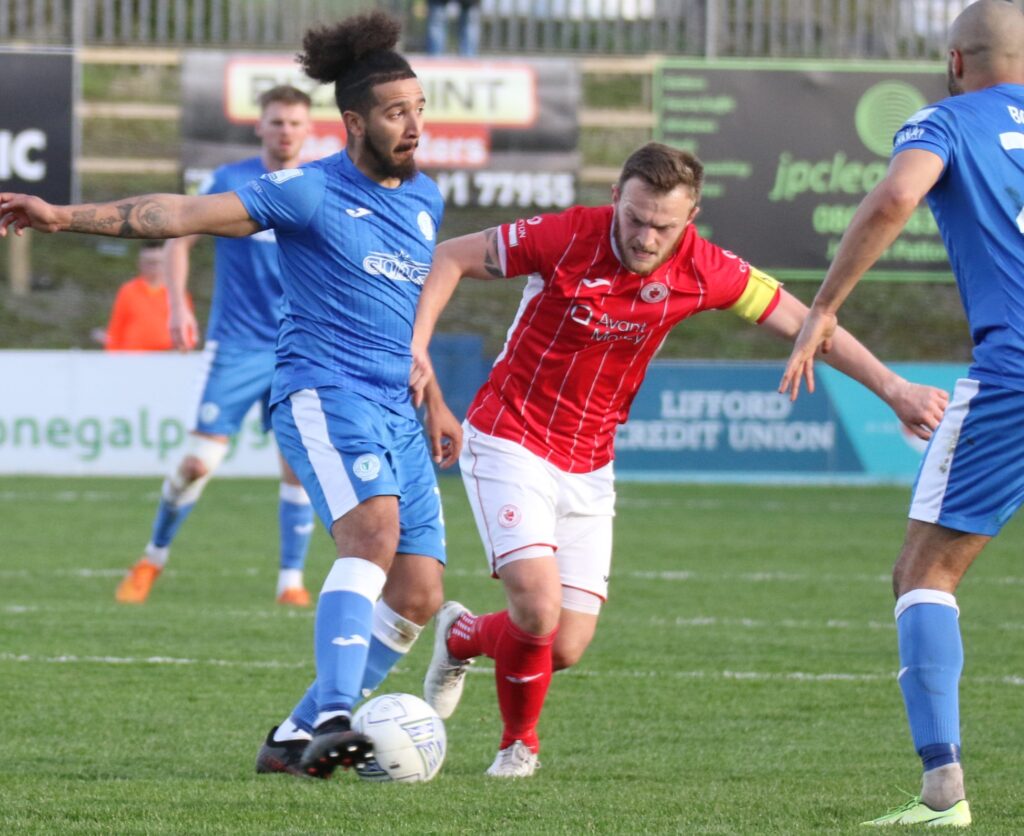 However, the defenders clearance was blocked and Karl O’Sullivan got the last touch before the ball crossed the line to make it 1-0 with his first Sligo Rovers goal.

Regan Donelon had a free-kick well saved by Ed McGinty but the majority of the action was coming from referee Paul McLoughlin’s book as Bastien Héry and Nando Pijnaker were booked for poor fouls while Ethan Boyle and Shane Blaney were booked for an altercation after the Héry foul.

Both sides had very few chances as Mark Timlin and Donelon had half chances with shots but both fired over the bar.

With 15 minutes to go, Harps began to ask questions, starting from a couple of corner kicks. 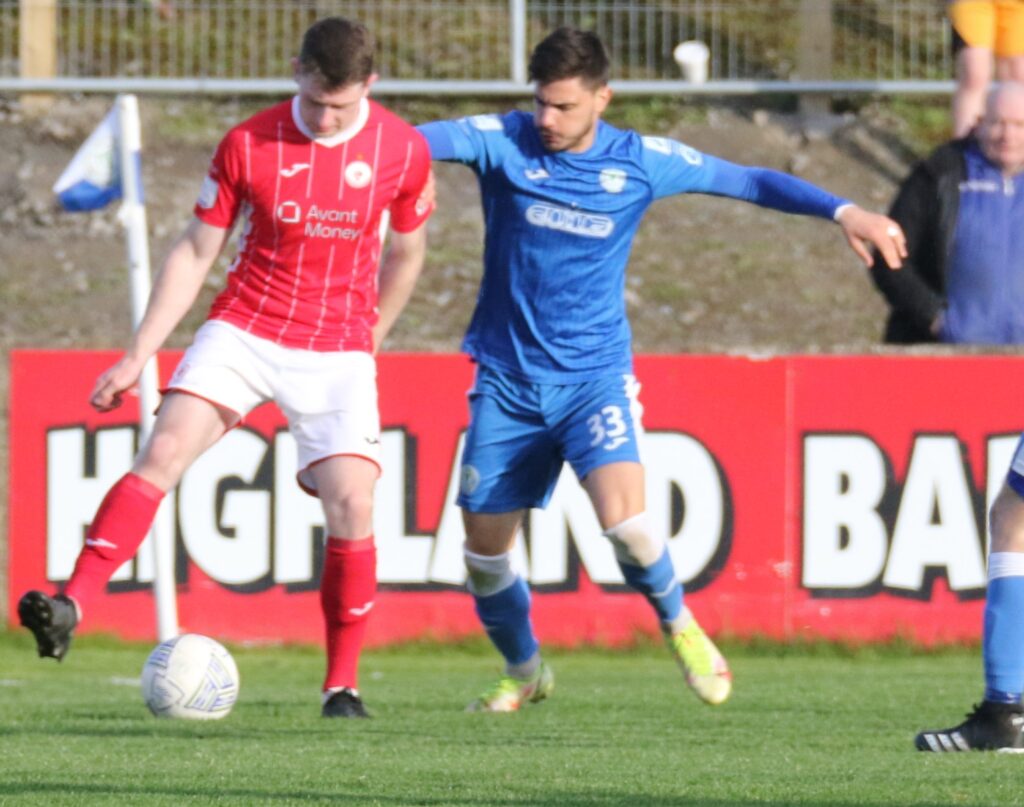 Ethan Boyle got his head to the first but it was blocked and Blaney cleared for another corner. The kick was cleared but Bastien Héry got another cross in and Boyle and Devers got in each others way.

Boyle then pulled back a cross to Luke Rudden and his shot looked like it was going to beat McGinty but Blaney got another decisive block in and the Letterkenny man then blocked Ruddens rebound before Erol Alkan fired over.

Harps had a massive chance when the ball fell to Mihaljević who raced in on goal.

The Croatian striker unselfishly picked out Timlin in the box but he took a touch and was quickly closed down by the Sligo defence. 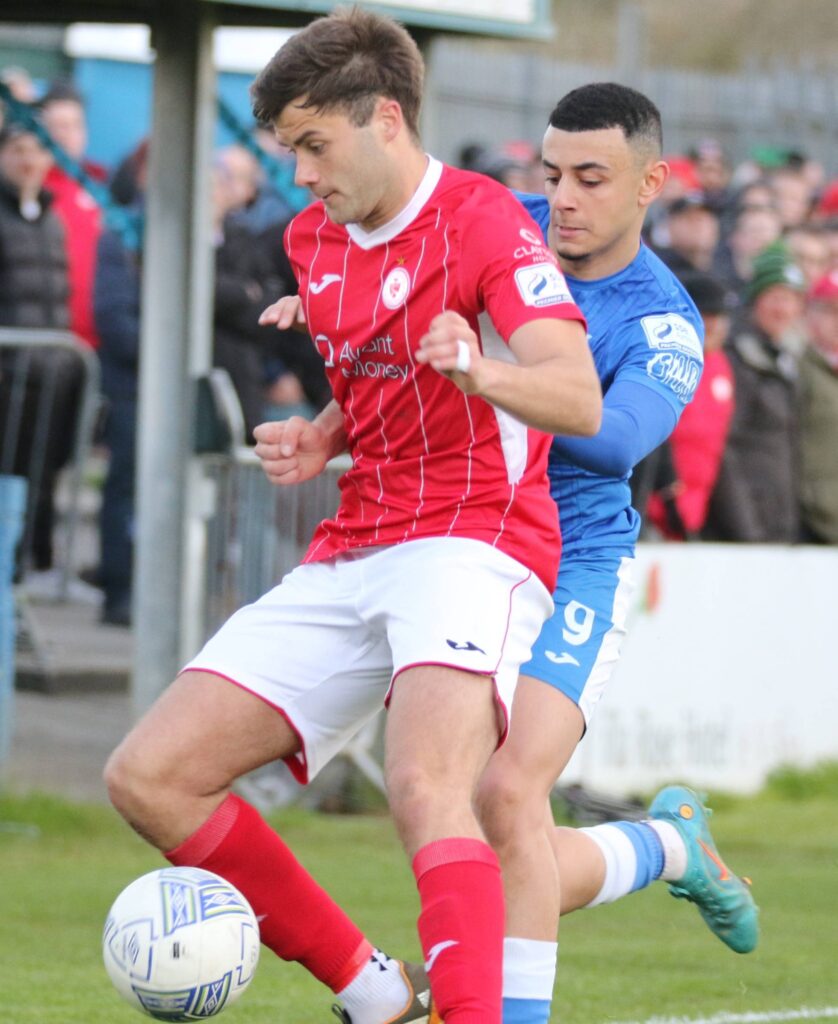 Rudden had another great chance from a Devers cross but he headed wide.

Harps piled forward in added time and Mihaljević had a shot saved again by McGinty.

Rudden had a header go over the bar in a good position as Paul McLoughlin blew for full-time.