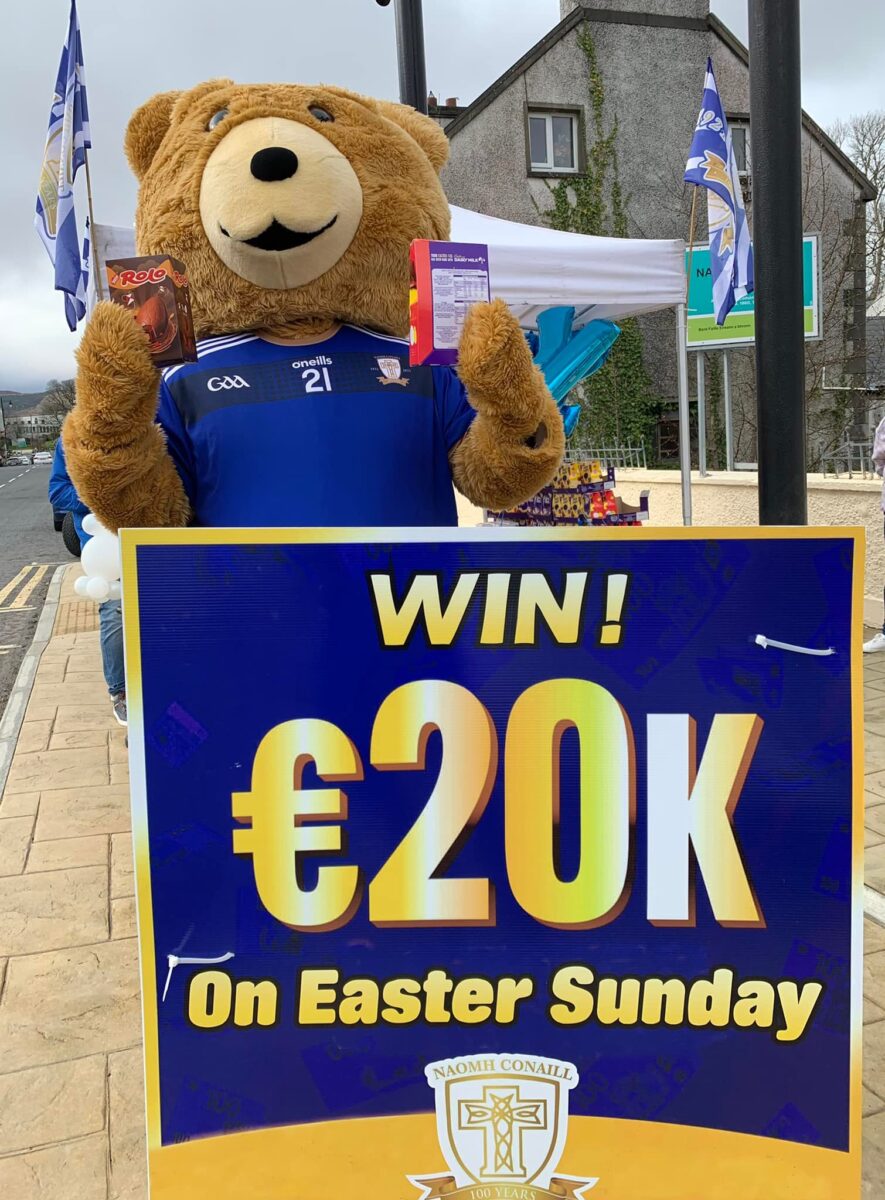 Hugh Campbell from Upper Kilraine in Glenties was one very happy man last night after he scooped the main prize in the Naomh Conaill GAA Club Development Draw.

Hugh’s ticket was drawn and he scooped an amazing €20,000 cash prize which was sponsored by Danny and Elaine Sweeney.

There were many other great cash prizes as well as a set of 30 jerseys which was won by Moos Christel in Germany.

It’ll be nice to see a new set of jerseys on a GAA club over there!

The following are the list of prizes an sponsors.

Well done to everyone who bought a ticket and also to the organisers for what was a great community effort.

3rd PRIZE, Set of 30 jerseys for your club
(In association with O’Neills).
Moos Christel, Germany.