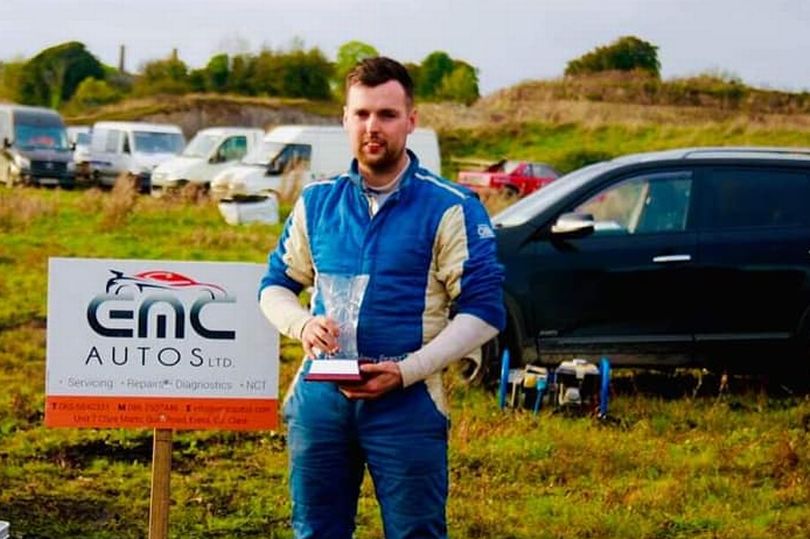 This is the popular young Monaghan man killed in yesterday’s motorbike tragedy outside Rossnowlagh.

Tributes are pouring Johnny Treanor who was in his late 20s.

He died following a collision between his motorbike and a car on the R231 at Killinangle More in Rossnowlagh shortly before 5pm.

Mr Treanor is being remembered as a talented rally driver and “a great sportsman”.

He was treated by medical personnel at the scene but was pronounced dead a short time later.

Monaghan Motor Club paid tribute by writing: “We are saddened to hear of the sudden passing of Johnny Treanor. He had an incredible driving talent with success in various motorsport categories. Our thoughts and prayers are with his family and friends at this difficult time.”

Local Donegal County Councillor Donal Kelly wrote that he was shocked to hear the news of Johnny’s passing.

Councillor Kelly, a rally enthusiast, said he competed against JOhnny on many occasions.

“Shocking sad news to hear. My sincere condolences to all the Treanor family, his friends, girlfriend and all extended families.

“I had the pleasure of competing against Johnny on many occasions and I can honestly say one of the best talents in this country to ever get behind the wheel of a rally car.

“Taken far to soon, he was just a young man that had a bright future ahead of him. Rest in peace sir,” wrote Councillor Kelly.

Investigations into the tragedy are still ongoing.

His funeral details have yet to be released.