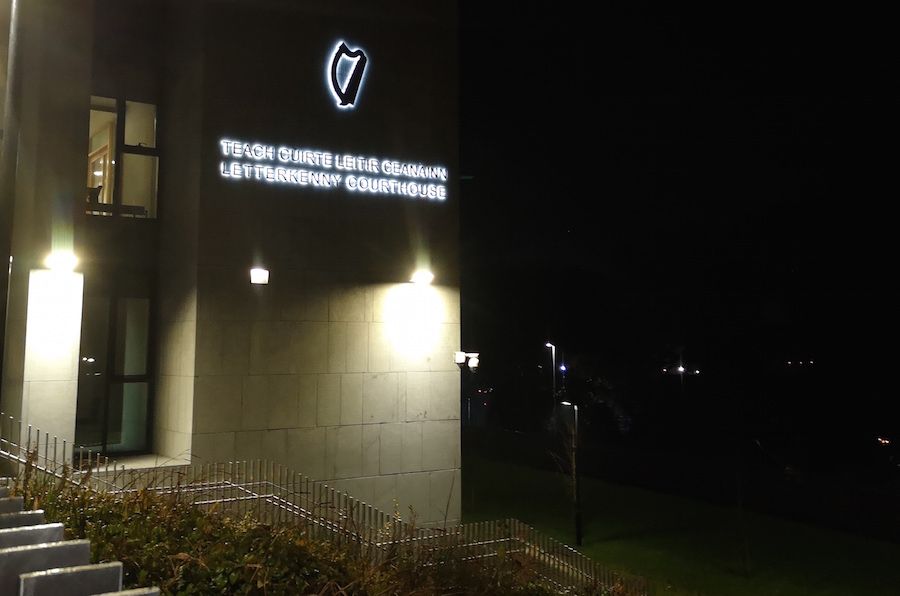 A Judge took the smile off an accused man’s face after he made fun of a Garda after fleeing the scene of an accident.

Peter O’Donnell, aged 34, fled the scene of an accident on February 12th, 2021 after Gardai found a crashed BMW car blocking a road in West Donegal.

There was nobody in the car which smelled of drink and there were empty whiskey bottles and a bank statement ion the floor of the vehicle.

Gardai contacted the PSNI and they confirmed the car belonged to O’Donnell who had an address in Aberdeen in Scotland.

The MOT had expired since December, 2020 but no other car had been involved in the crash, Garda Sgt Niall Maguire told Falcarragh District Court.

He said it appeared the car crossed the centre line before hitting a banking on the far side, spinning 360 degrees and ending up on its own side of the road.

The front airbags were deployed with ‘medium to severe’ damage caused to the front of the car.

At 3.10am, Garda Maguire received a call to Falcarragh Garda Station from O’Donnell, who made light and fun of him.

“He was quite happy that he got away,” Garda Maguire added.

On 18 February, O’Donnell contacted GardaI to say that he wanted to get property out of the vehicle. Garda Maguire told O’Donnell that he wished to speak with him in person.

On February 19th at Falcarragh Garda Station, O’Donnell said he was driving from Bloody Foreland to Falcarragh to get food. He told Gardaí that he ‘spun out of control’, but did not know what had happened.

“I remember the airbag surrounding me,” he said. “I don’t remember how I got away but I remember getting a taxi home from Falcarragh.”

Judge Deirdre Gearty said she was ‘absolutely satisfied’ to convict O’Donnell on all matters.

She issued a bench warrant for his arrest for sentencing.