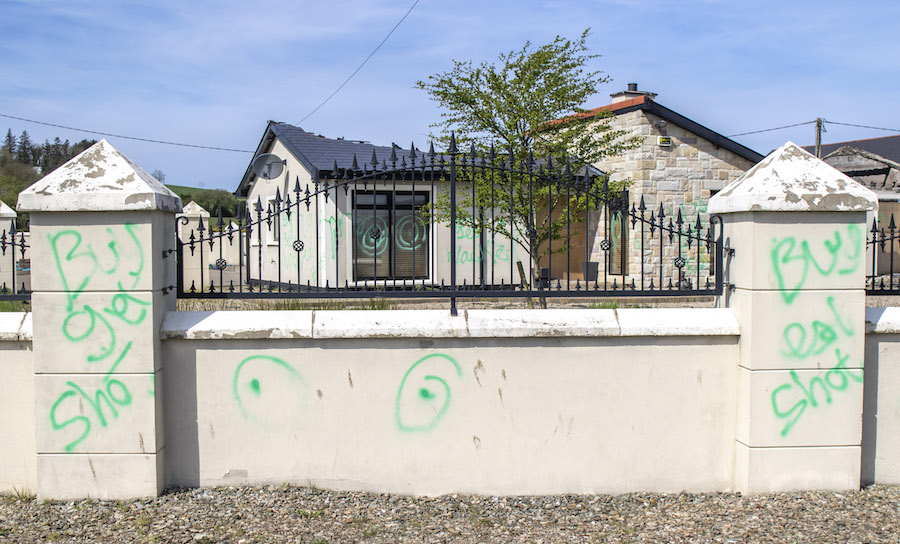 A house put on the market by CAB after it was seized from a drug dealer has been attacked.

A few weeks later in September the house on the shores overlooking Lough Swilly was firebombed.

The site of the remains of the house was put on the market by CAB a couple of weeks ago with a value of €88,000 placed on it.

However, last night the house was attacked and daubed in graffiti.

The words “drug dealer’s house’ and ‘Buy get wacked’ were scrawled on the walls of the house. 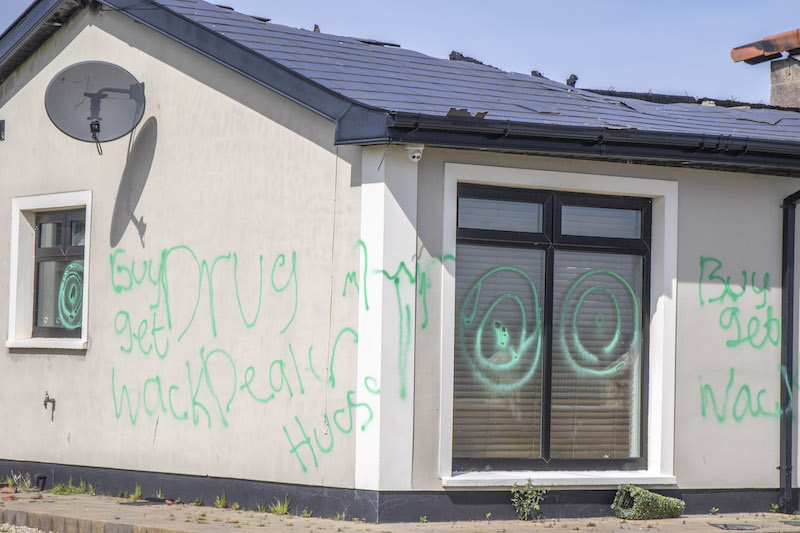 The torched house belonging to a known Drug dealer which was covered with graffitti. (NW Newspix)

On the outside pillars of the house another chilling warning was sprayed ‘buy get shot.’

The messages, which were sprayed in green ink, are all over the walls of the once palatial pad.

A Garda forensic team were due to arrive at the site this morning and a full investigation has been launched into the matter.

The remains of the house at Drumherrive, Ramelton sit on the site which measures approximately half an acre.

The house was seized from its former owner Enfield, who was jailed in 2016 in Northern Ireland after being caught with a €340,000 consignment of drugs.

In court he was described as the leader of a cross-border drug gang.

The house which is surrounded by stone walls and wrought-iron gates boasted a stunning kitchen and black marble worktop and floors.

It was due to be sold to the highest bidder at open auction with the proceeds going back to the State before it mysteriously burned to the ground.

Enfield used the house as a base for himself and his pals and was often spotted driving high-end cars pulling jet skis which he used locally along the coast.

Now CAB are hoping to recoup as much as they can for the site which should still attract much interest because of its prime location. 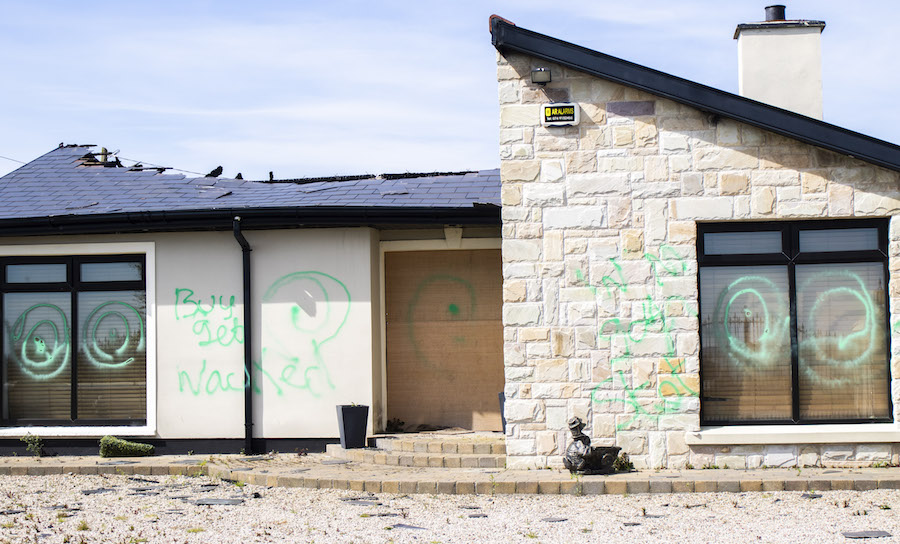 The torched house belonging to a known Drug dealer which was covered with graffitti. (NW Newspix)

Sellers Hogan Estates say the site is ideal for a ‘bespoke family home.’

It says “The property is located on the Ramelton to Rathmullan road approximately 5km from Ramelton.

“This superb site is ideal for a bespoke family home that would have superb views over Lough Swilly and and would be located in an area of particularly unique scenic beauty and yet is only a five-minute drive to either of two local towns.

“The site has the existing remains of a house.”