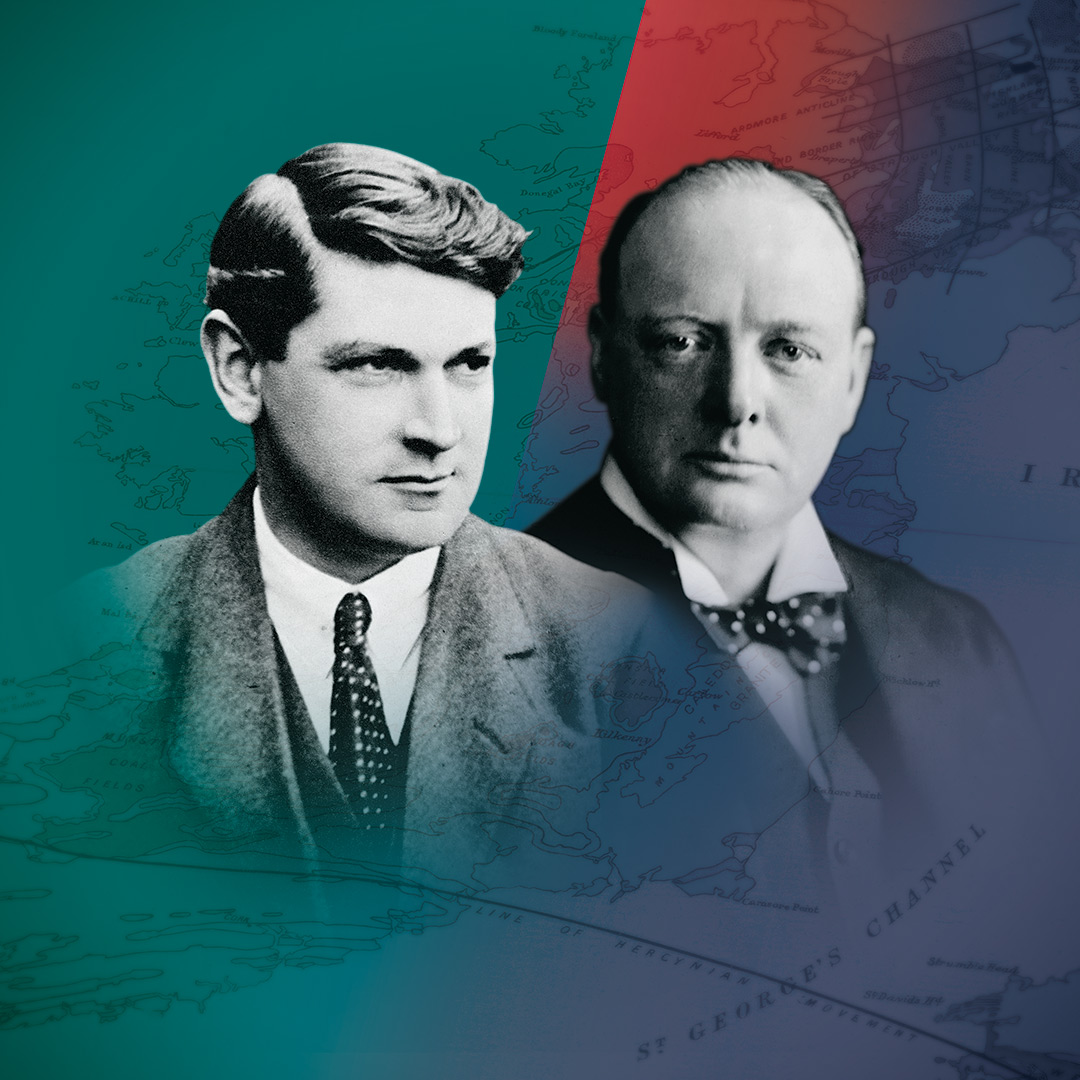 Donegal is about to host The Treaty 1921 – Records from the Archives exhibition following a three month stint at Dublin Castle.

The exhibition will open at Donegal County Museum, High Road, Letterkenny on 5 May, where it will stay until the 31 May.

The exhibition is presented by the National Archives in partnership with the Royal Irish Academy, the National Library of Ireland and the Office of Public Works, with records from the collections of the Military Archives and University College Dublin. A virtual exhibition is also available online at www.nationalarchives.ie.

The Anglo-Irish Treaty is one of the most significant historical documents held by the National Archives. Using the Treaty as a centrepiece, the National Archives present an exhibition that marks its role as the official repository of the records of the State, one hundred years since its formation. The Treaty, 1921: Records from the Archives opens up significant historical records, official documents and private papers for the first time, including the first public presentation of both the Irish and British copes of the Treaty document.

Using contemporary reportage, images and footage, The Treaty, 1921: Records from the Archives locates the Treaty negotiations in the political context of the Irish revolution and a world turned upside down by the First World War. Beginning with the exploratory talks between Éamon de Valera, President of Dáil Éireann, and British Prime Minister David Lloyd George during the summer of 1921, it details the work of the Irish plenipotentiaries and their secretariat, by presenting the documentary record that they left behind.

The exhibition also chronicles day-to-day life in London for the men and women who made up the Irish delegation, from parties attended, dinners hosted and appearances at theatre and gala performances, to the tense final days and hours leading to the signing of the Treaty just after 2am on 6 December 1921. Finally, it documents the delegation’s return to Dublin, and the Dáil Éireann cabinet meeting that pointed to the split in the independence movement that emerged over the terms of the Treaty, and the divisions that would lead to Civil War.

Speaking in advance of the Donegal opening, Minister for Tourism, Culture, Arts, Gaeltacht, Sport and Media, Catherine Martin TD said: “As Minister with responsibility for the State’s Commemorations Programme, I am committed to ensuring that this complex period in our history is remembered appropriately and meaningfully.  I am delighted therefore that this important exhibition commemorating the Treaty negotiations and the ultimate signing of the Anglo-Irish Treaty in 1921, is touring regionally offering people across the country the opportunity to further their understanding of this period in our history through original records held in the collections of the National Archives.  The exhibition affords all who visit it a chance to better reflect and appreciate the difficult decisions that were made at that time.”

John McLaughlin, Chief Executive, Donegal County Council, said: “We are delighted to be collaborating with the National Archives on their major exhibition The Treaty 1921 – Records from the Archives which comes to Donegal County Museum this May. Our Archivist, Niamh Brennan, is working with the National Archives to bring this unique exhibition to Donegal and we look forward to enabling communities here explore the story of the Treaty negotiations and the Dáil debates which led to its ratification on 7 January 1922. Donegal played its role in this momentous event with Donegal TDs voting four to two in favour of the Treaty and TDs Joseph O’Doherty, Peter Ward and Dr Joseph McGinley contributing to the debates. The exhibition will showcase facsimiles of many of the National Archives’ documents relating to this period including the centerpiece, the Treaty itself as well as original documents from the County Archives, and will form an integral part of Donegal County Council’s continuing commemorative programme in 2022.”

Orlaith McBride, Director of the National Archives, said: “We are delighted to bring this exhibition to Donegal. The wide and vivid range of documents, images and text presented capture as never before the drama that was the Treaty negotiations in London in 1921 and does so in a way that evokes the personal stories and personalities with all the attendant tensions, hopes and disagreements. It represents a really significant contribution to our understanding of one of the most important few weeks in our country’s history.”

Admission to the exhibition is free.

If you can’t make the exhibition, a virtual tour is also available online www.nationalarchives.ie.

This exhibition is presented as part of the Government of Ireland’s Decade of Centenaries 2012-2023 National Programme.

Anglo-Irish Treaty to go on display in Donegal for the first time was last modified: April 22nd, 2022 by Rachel McLaughlin
Facebook0Tweet0LinkedIn0Print0