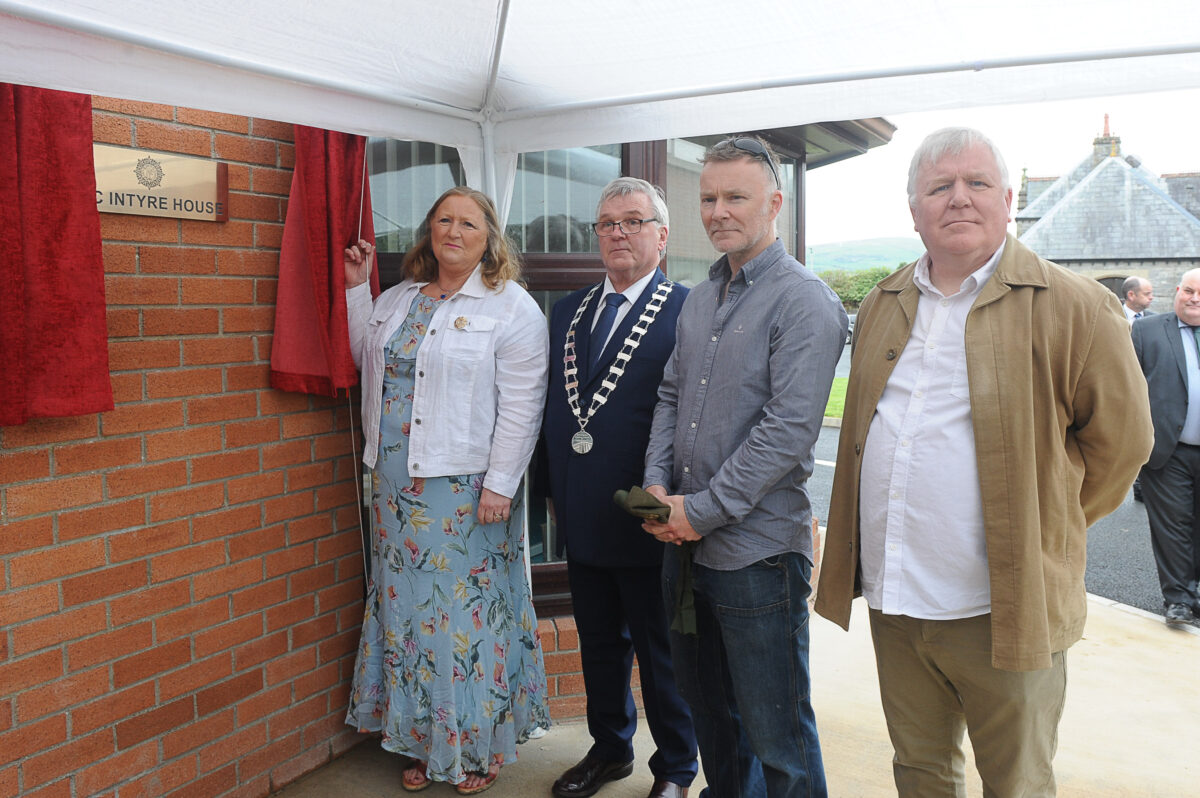 The MacIntyre House Plaque has been reinstated at the former Lifford Army Barracks in honour of the late Captain Kevin MacIntyre.

A special event was held last Thursday 14th March to unveil the plaque at the Officers Mess Building.

On behalf of the MacIntyre family, Kevin’s daughter Anne Marie McNally unveiled the plaque and thanked everyone for attending this special event to remember their late father.

Speaking at the event, Cllr. Crawford said ‘Kevin MacIntyre was from a family with strong ties to Lifford and Donegal County Council, going back to his grandfather Andrew. Kevin was involved in many projects locally, including his efforts with others to help restore the roof of the Old Courthouse and his involvement in the setting up of Highland Radio. His employment with the P&T had a very positive influence to enable the Defence Forces to obtain this Campus’. 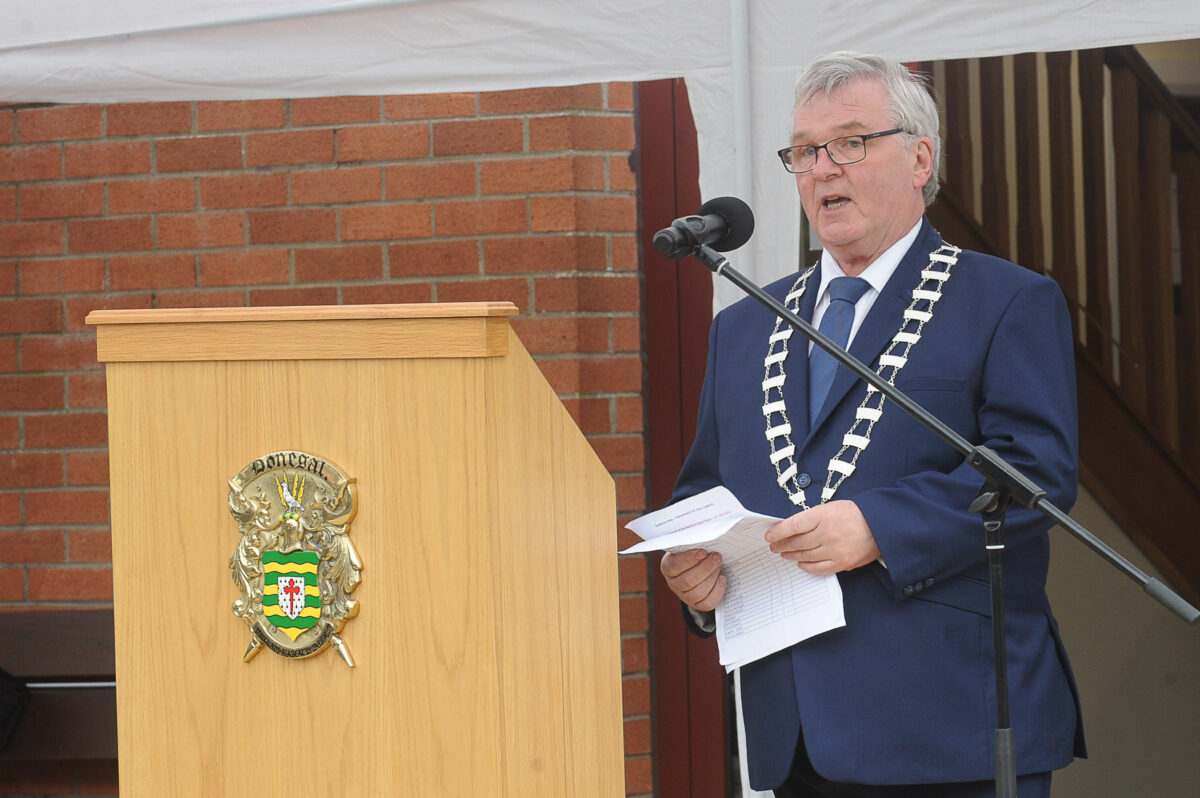 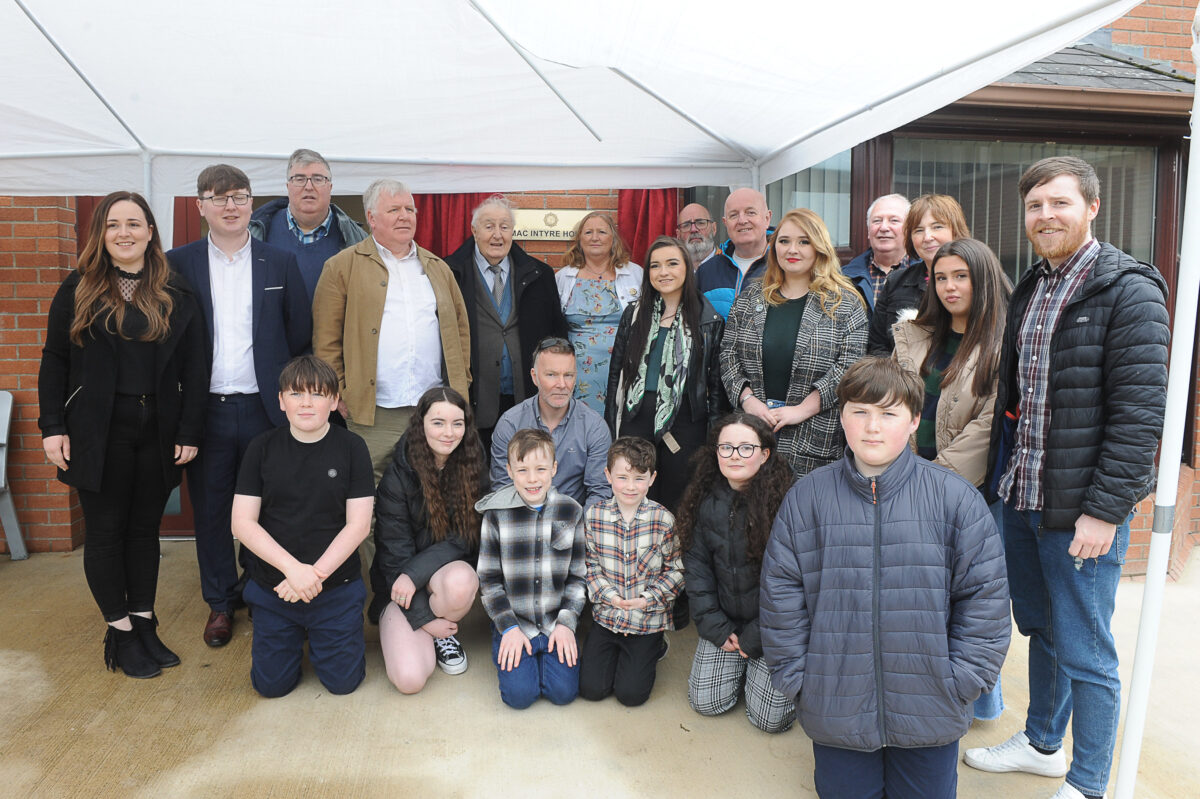 In closing the event, Cllr. Crawford thanked Eugene McCosker, a former council employee who played a major part in the Council’s acquisition of the Barracks, and those who helped with the event on the day, namely Olive Gillespie, Area Manager and Sharleen Tinney, Lifford Stranorlar MD, Council’s Building Facilities and Reprographic Staff.

Refreshments and a display of old photographs were held afterwards in the Old Courthouse Lifford. 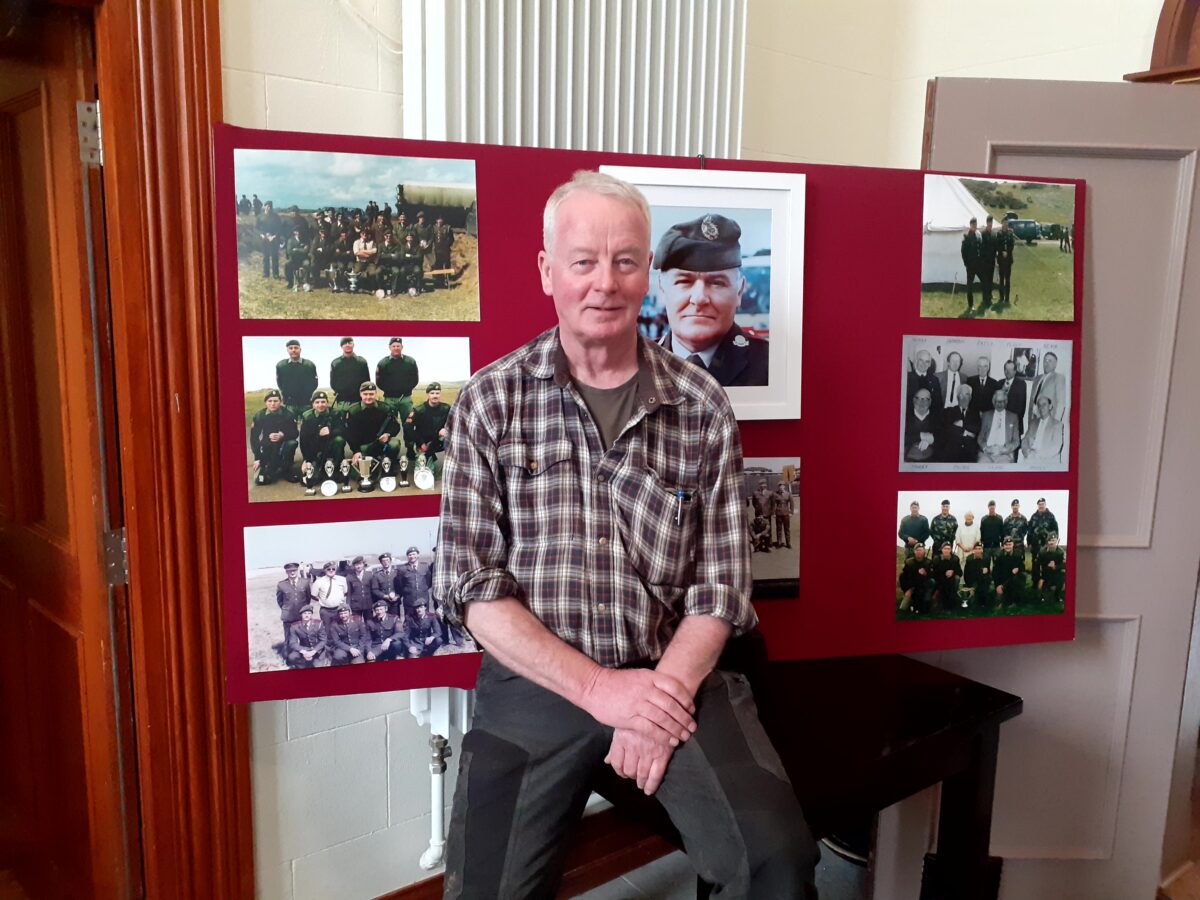 Eugene McCosker with pictures from the reception in the Old Courthouse, Lifford