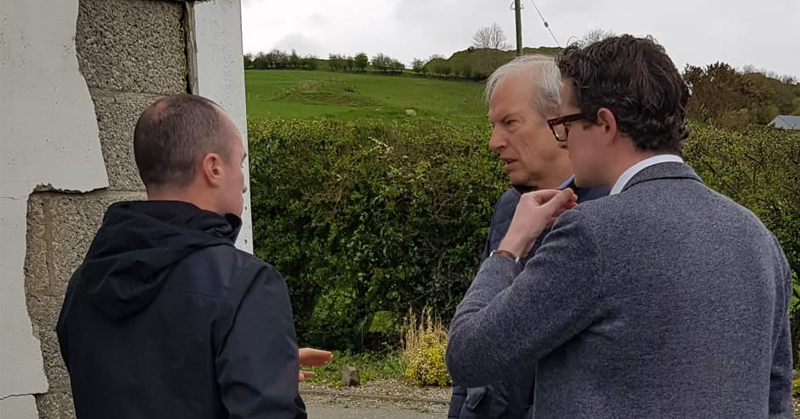 A government delegation visited the north and west this week to meet Mica families in their crumbling homes.

Homeowners in Donegal and Mayo and campaigners took part in a series of visits and formal meetings to discuss the enhanced defective concrete blocks scheme, which is expected to be operational by early autumn.

A statement from the Mica Action Group said that “many hours” were spent on discussions.

The home visits, they said, were an opportunity for property owners to outline the practical, financial and emotional consequences the defective blocks crisis leaves in its wake.

“We can only hope that Minister O’Brien takes on board such compelling first hand accounts and acts upon it,” said a MAG spokesperson.