Donegal team to face Armagh named, as per programme

Donegal’s team to face Armagh in the quarter-final of the Ulster Championship has been named, as per the programme.

Michael Langan returns to the starting team after missing half of the league campaign due to injury.

Meanwhile, two of Armagh’s suspended quartet that won their appeal start in Rian O’Neill and captain Aidan Nugent, with Stefan Campbell on the bench and Ciaran Mackin is out injured. 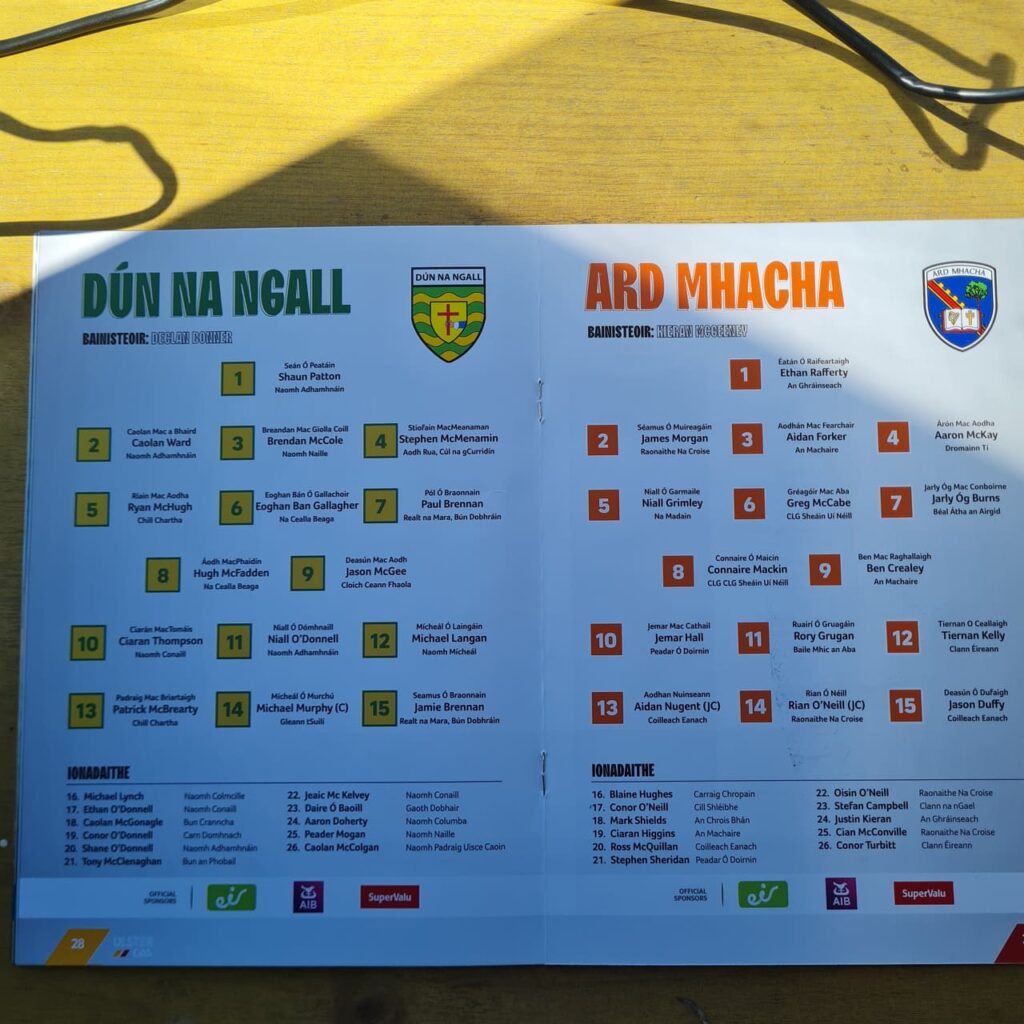