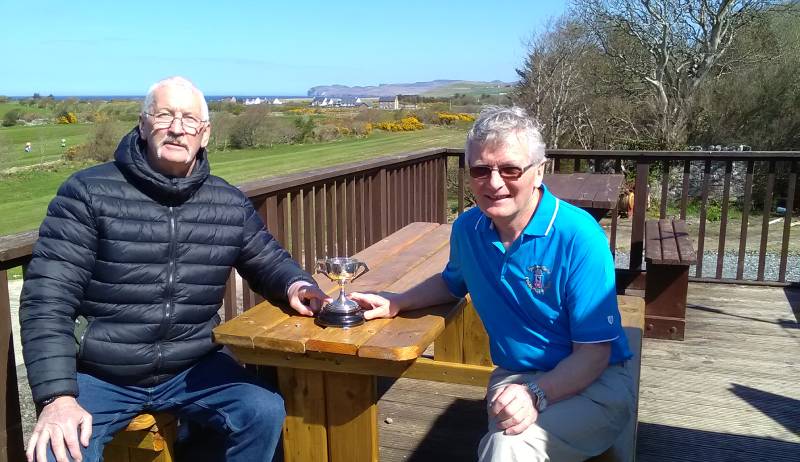 A 95-year-old trophy has been gifted to Cloughaneely Golf Clubs first captain, Micheal Murray, by the grand-nephew of the original winner.

In 1927, now just five years short of a century ago, Dr. J. A. Shields, from Downings, was appointed as the first Chaplain to the then newly opened Coláiste Bhríde in Ballyconnell, Falcarragh.

Coláiste Bhríde was established as a preparatory college for girls who wanted to become National School Teachers.

On 17th July of that same year, competing in the final against a Mr. Breslin from Dunfanaghy, he took part in and was overall winner of a golf competition on the new Falcarragh Golf Club which had been opened a fortnight before that.

It was located further down nearer the beach than the present Cloughaneely Golf Club, which was officially opened seventy years later in 1997. 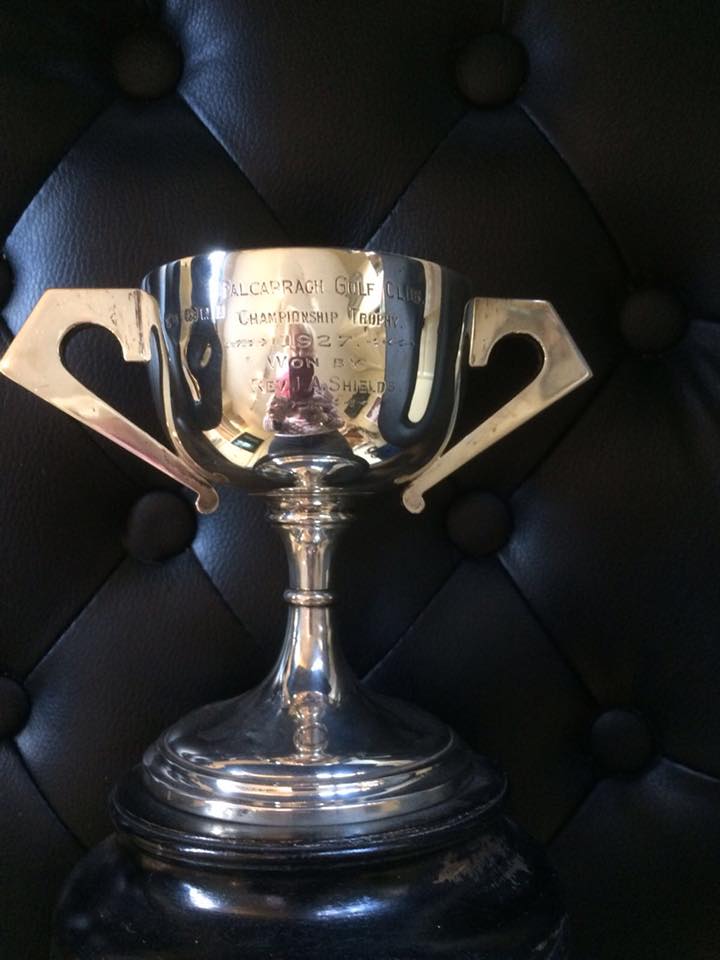 The inscribed trophy, that Dr. Shields won in 1927, has been in the possession of a relative of his for many years since his death in 1971 and recently, it was handed over to the first Captain, (1996) of the present Cloughaneely Golf Club, Micheal Murray, by Ciaran MacFadden.