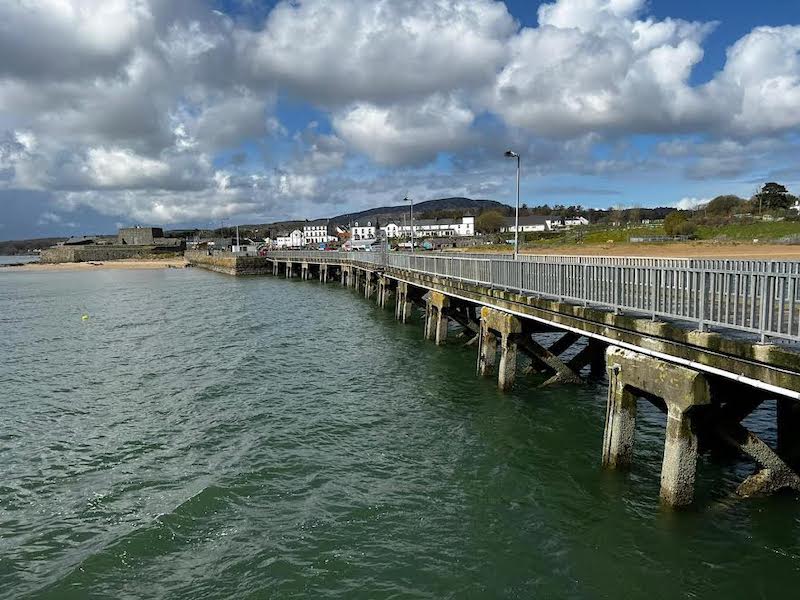 Minister for Agriculture, Food and the Marine, Charlie McConalogue, has announced €15 million in funding for a number of projects around the Donegal coast.

The biggest chunk, almost €8.9 million, will go towards the long awaited Greencastle Breakwater.

A further €3.1 million has been allocated for the much needed refurbishment of Rathmullan Pier while just over €300,000 will go towards the construction of a new quay wall in Burtonport.

Donegal received the highest funding in the country under the EU Brexit Adjustment Reserve.

See the full breakdown of the Donegal funding below: 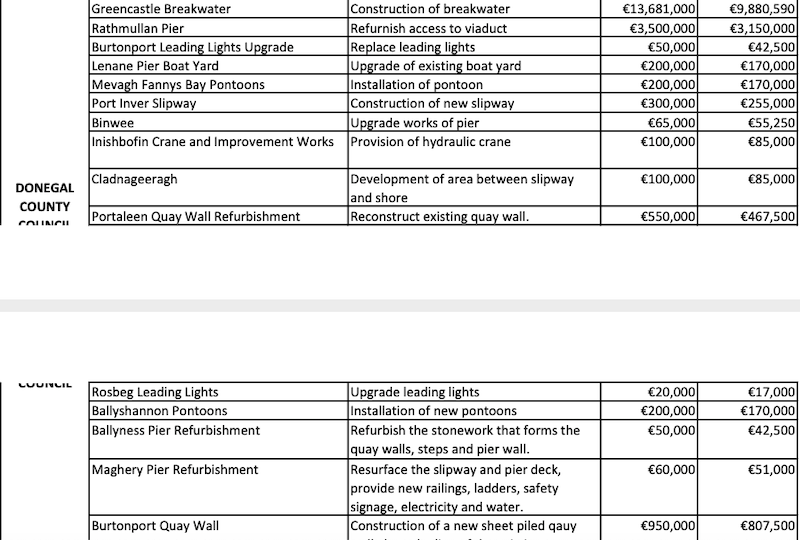 Announcing the approval for the funding of the projects, Minister McConalogue commented it is ‘fantastic’ that we received so many great applications in this first call for projects from Donegal County Council.

“And, it is truly heartening to see such eagerness to help support our Donegal coastal communities’ transition to living in a post-Brexit economy,” he said.

“This is the largest ever funding announcement of its kind for local authority marine infrastructure and I am confident that it will future-proof our piers and harbours right around our coast. This announcement is also the next step in the Greencastle Breakwater project which I announced approval for in May 2021 and which will have a significant positive impact on the North West. Being funded under this project means that the Greencastle project will receive more funding overall and a greater percentage of funding from state funding. Thanks to Donegal County Council, community groups, Senator Niall Blaney and Deputy Joe McHugh and all local public representatives for their work in making this happen.” 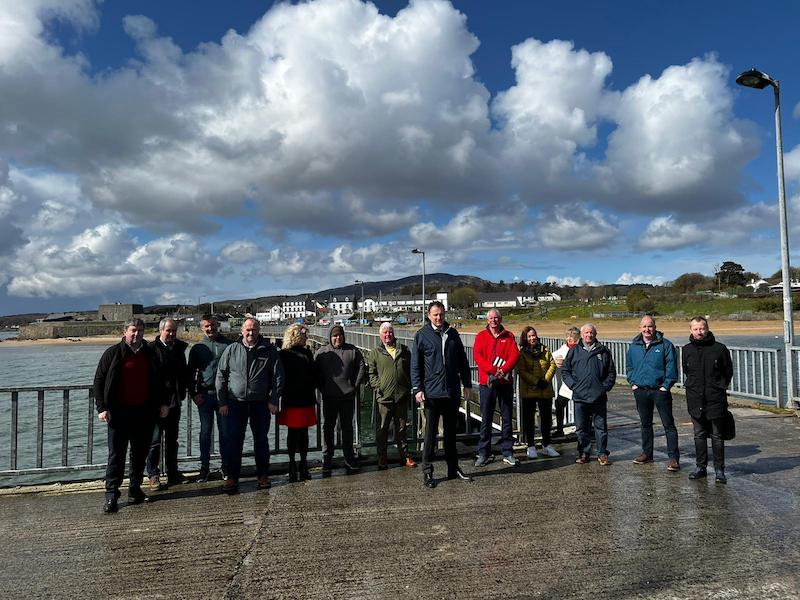 Minister McConalogue with Senator and Cllr Blaney and the Rathmullan community group to discuss planned upgrades to the local pier.

The Scheme arose from a recommendation of the Seafood Taskforce, set up in March 2021, to look at the impacts specifically on the fishing sector and coastal communities.

The Taskforce recommended that the Brexit Adjustment Reserve (BAR) be used to fund rejuvenation of Ireland’s publicly owned coastal and marine infrastructure specifically to address the economic consequences of Brexit arising from the implications to the Irish fishing industry.

This investment is intended to help to drive economic diversification and will complement other measures such as Community Led Local Development via the Fisheries Local Action Groups.

The Minister encouraged local authorities to pivot now and focus on delivery of their approved projects: “It is vital that the construction stimulus identified by the Seafood Taskforce is felt as soon as possible in coastal communities, particularly with the other geopolitical challenges currently at play.”