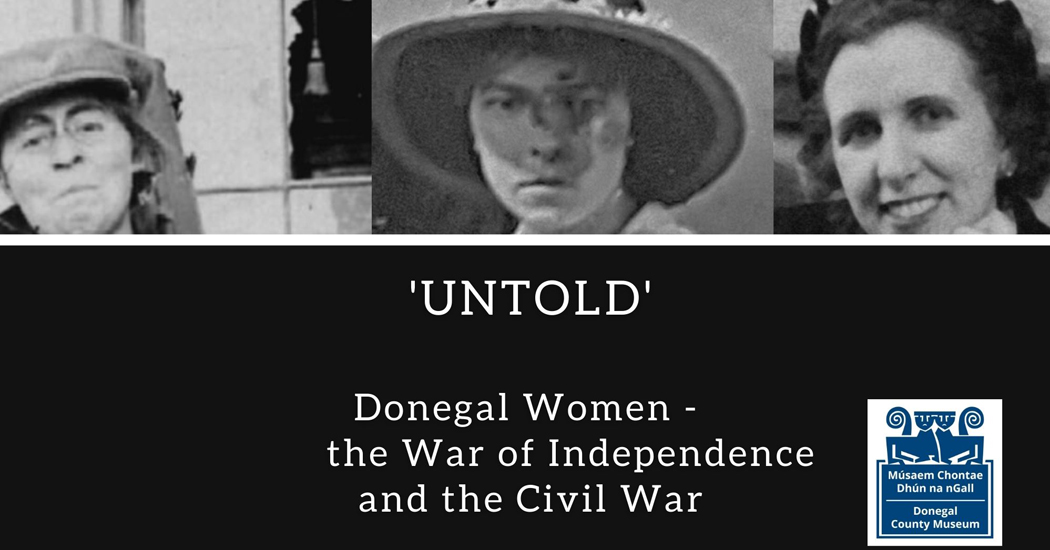 Donegal County Museum’s Caroline Carr will be the guest speaker at tonight’s meeting of the Ballybofey, Stranorlar & District Historical Society.

The meeting takes place at 7:30pm in Henderson’s Hall, Stranorlar.

The subject of the evening will be: Untold: Donegal Women – The War of Independence and the Civil War.

Join Donegal County Museum’s Caroline Carr, as she tells the untold stories of Donegal women on how their lives were affected during this turbulent period of our Irish history, as it had a significant impact on life in County Donegal and the North West. The events that occurred during this period transformed the island of Ireland and have had a lasting legacy on Irish politics and society, right up to the present day. In the 100 years since, the lines between fact and myth have become blurred and the true story of women’s lives during the revolutionary years has been buried but not forgotten.